Accessibility links
Obama Seeks $3.7B To Handle Immigration Crisis : The Two-Way The money is almost twice the amount that officials had previously suggested would be requested from Congress. It comes amid a surge of children and teenagers who have crossed the border illegally. 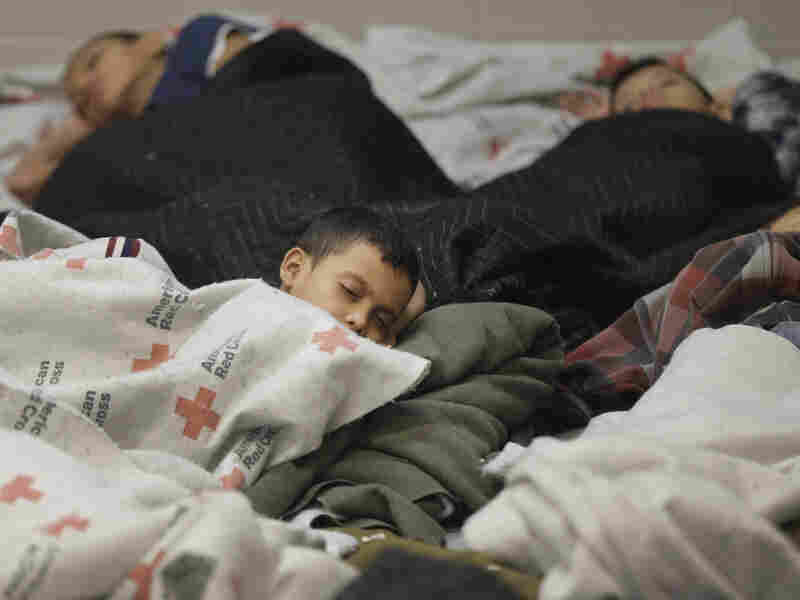 Detainees sleep in a holding cell at a U.S. Customs and Border Protection processing facility in Brownsville, Texas, on June 18. The White House on Tuesday sought $3.7 billion to deal with the immigration crisis at the border. Eric Gay/AP hide caption 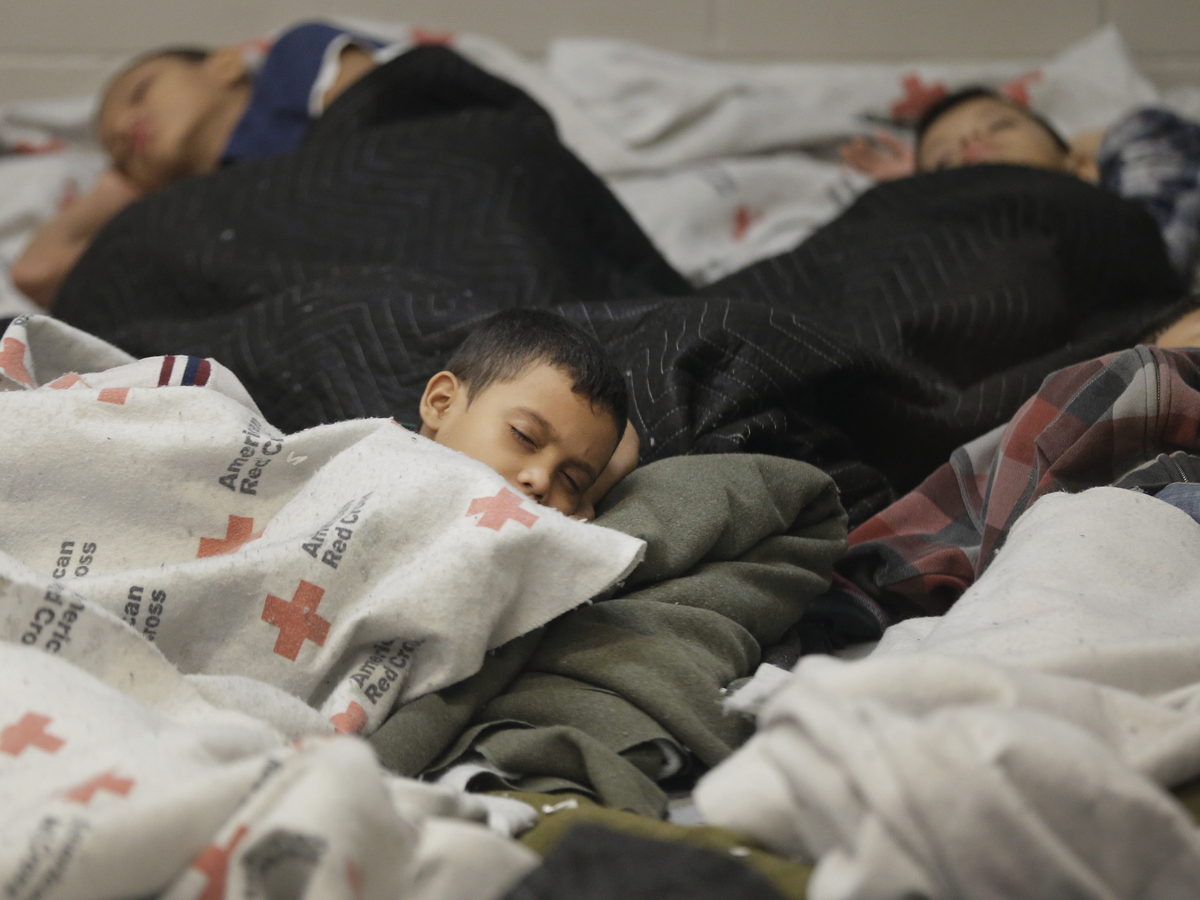 Detainees sleep in a holding cell at a U.S. Customs and Border Protection processing facility in Brownsville, Texas, on June 18. The White House on Tuesday sought $3.7 billion to deal with the immigration crisis at the border.

The White House said it's asking Congress for $3.7 billion to address the humanitarian crisis along the border with Mexico.

The statement said the funds would cover domestic enforcement, repatriation and reintegration of migrants, transportation costs, additional immigration judges, prosecutors and litigation attorneys to "ensure cases are processed fairly and as quickly as possible."

The money is almost twice the amount that officials had previously suggested would be requested, and would also pay for the care of the children and teenagers who are in the country illegally.

"In the past nine months, more than 50,000 children and teenagers have crossed that border illegally on their own, most from Central America. By law, the administration can't deport those young people until they have an immigration hearing — a process that can take years.

"President Obama is asking lawmakers for additional money to speed up the process, but also to help warehouse the children while they're awaiting deportation."

Obama visits Texas this week for a couple of Democratic fundraisers. He will not visit the Rio Grande Valley, where most of the children are entering the country. But Valerie Jarrett, Obama's senior adviser, invited Texas Gov. Rick Perry for a round-table discussion about the border with Obama. The invitation was reported by the Austin American-Statesman. A spokeswoman for Perry said the governor will be among those officials meeting Obama. She said Perry wanted to discuss the "humanitarian and national security crisis" there.

"While the administration has tried to warn Central Americans that youngsters who cross the border illegally won't be allowed to remain in this country, the reality is that most do get at least a temporary reprieve to stay here. That word has spread in communities where any escape from violence and poverty is often seen as worth the gamble. What's more, as the number of border crossers grows, so does the backlog in immigration courts."