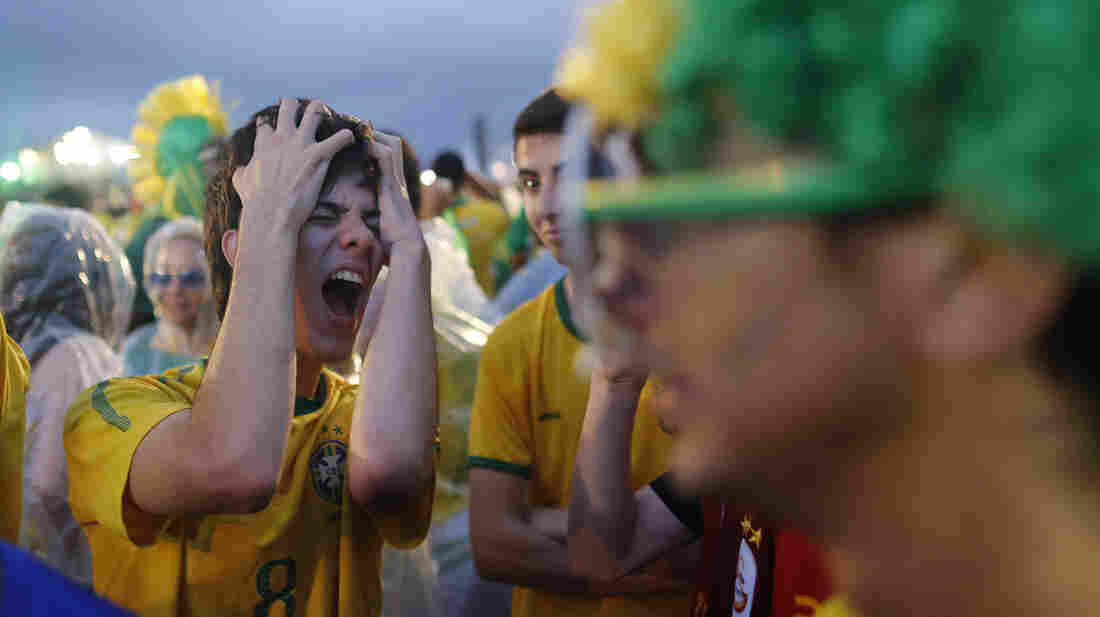 Pretty much sums it up. Leo Correa/AP hide caption 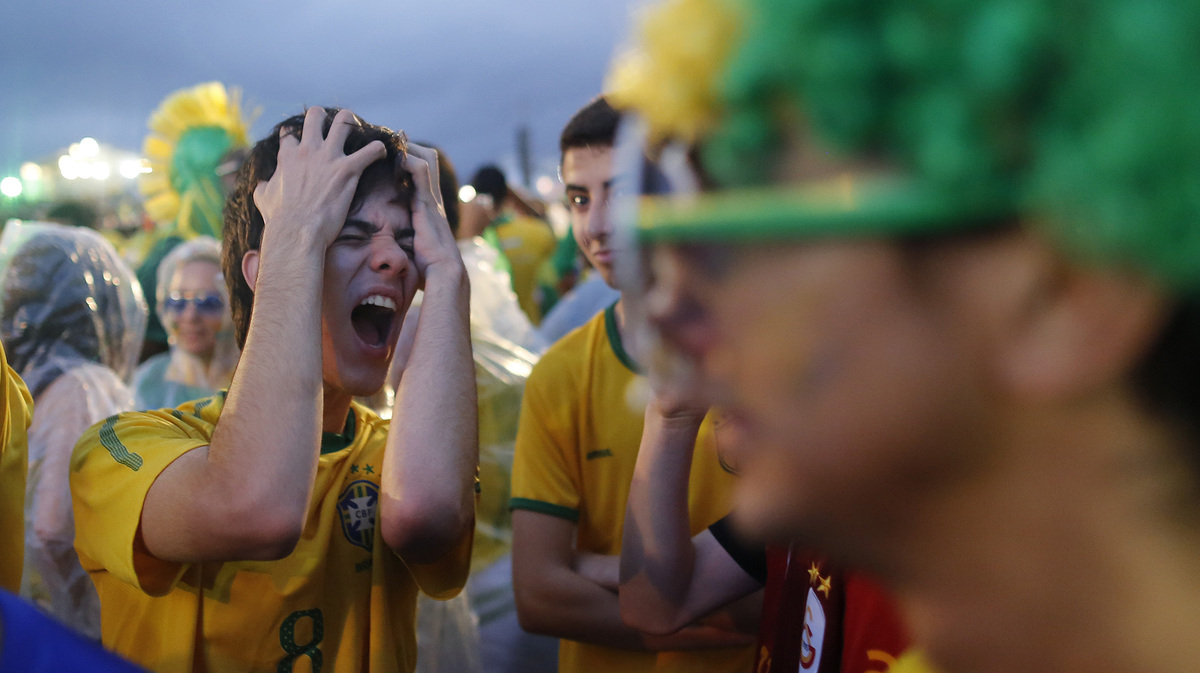 Pretty much sums it up.

Germany steamrolled over host Brazil 7-1 on Tuesday in their semifinal game to enter the final of the 2014 FIFA World Cup. Five of Germany's goals came in the first half.

Klose's goal was his 16th at the World Cup, as he overtook Brazil's Ronaldo to become the all-time highest scorer in the tournament.

ESPN says this is only the second time in World Cup history that a team has scored five goals in the first 30 minutes of a game. The last time that happened was the Yugoslavia-Zaire matchup in 1974.

Brazil, which was without star striker Neymar, was in shambles. Neymar fractured a vertebra in the team's quarterfinal win over Colombia. Also missing was captain Thiago Silva, who was suspended for accumulating too many yellow cards.

So, how big a deal was the result? ESPN's Stats and Info team has compiled a list of tweets about this game. We'll list some of them:

6-0 #GER... Entering today, no #WorldCup host nation had ever lost by 4 goals. #BRAvsGER

#GER is the first team to score 6 goals against #BRA in an official match since 1940. #BRAvsGER

The mood in Brazil, as you might imagine, is bleak. Here's what NPR's Lourdes Garcia-Navarro told our Newscast unit:

"I cannot even overestimate the absolute despair here among Brazil's fans. One fan told me this is the worst game that he's ever witnessed Brazil play in his entire life. Others are using words like 'tragedy.' It really is a complete blow to Brazil."

Earlier, watching the game at a bar, she tweeted:

People are walking out of the bar Im in #bra. Fans screaming, crying. #BrazilvsGermany

Brazil has won five World Cup titles, more than any other country. Germany is in the hunt for its fourth title and will play the victor of Wednesday's semifinal, which pits the Netherlands against Argentina.

The final will be played Sunday in Rio.