Accessibility links
Israel Continues Gaza Offensive, Hints At Ground Operation : The Two-Way Israel says the offensive, which has so far killed at least 53 people and wounded 465, is needed to end rocket attacks from Gaza. Those attacks are continuing, and hitting major Israeli cities. 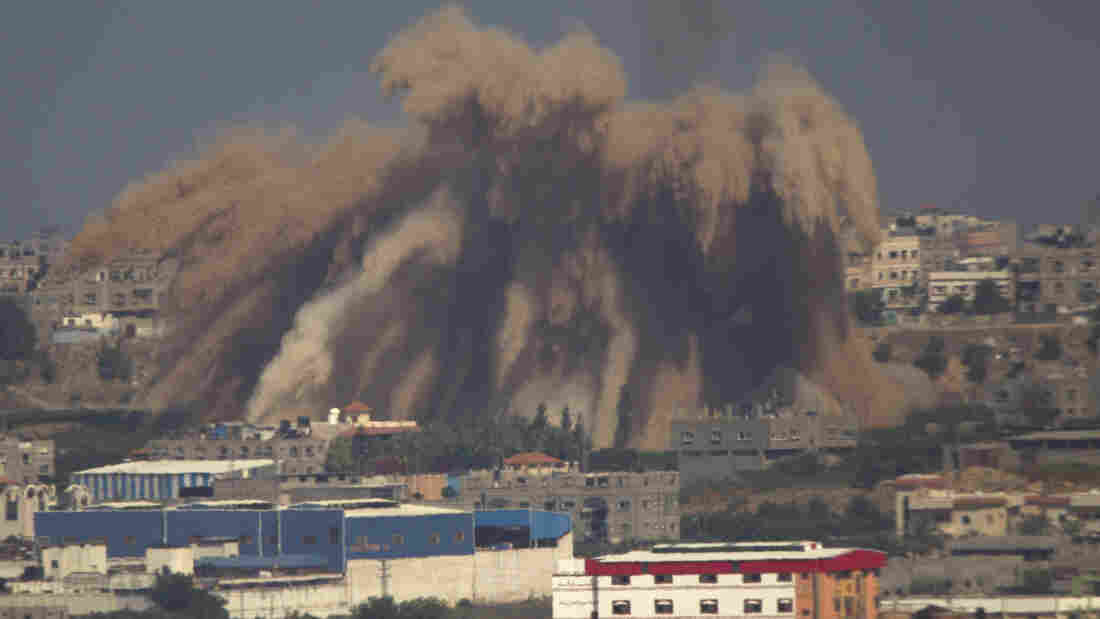 Smoke and debris rise after an Israeli strike on the Gaza Strip Wednesday. Since the Gaza offensive began Tuesday, Israel has attacked more than 400 sites in Gaza. Ariel Schalit/AP hide caption 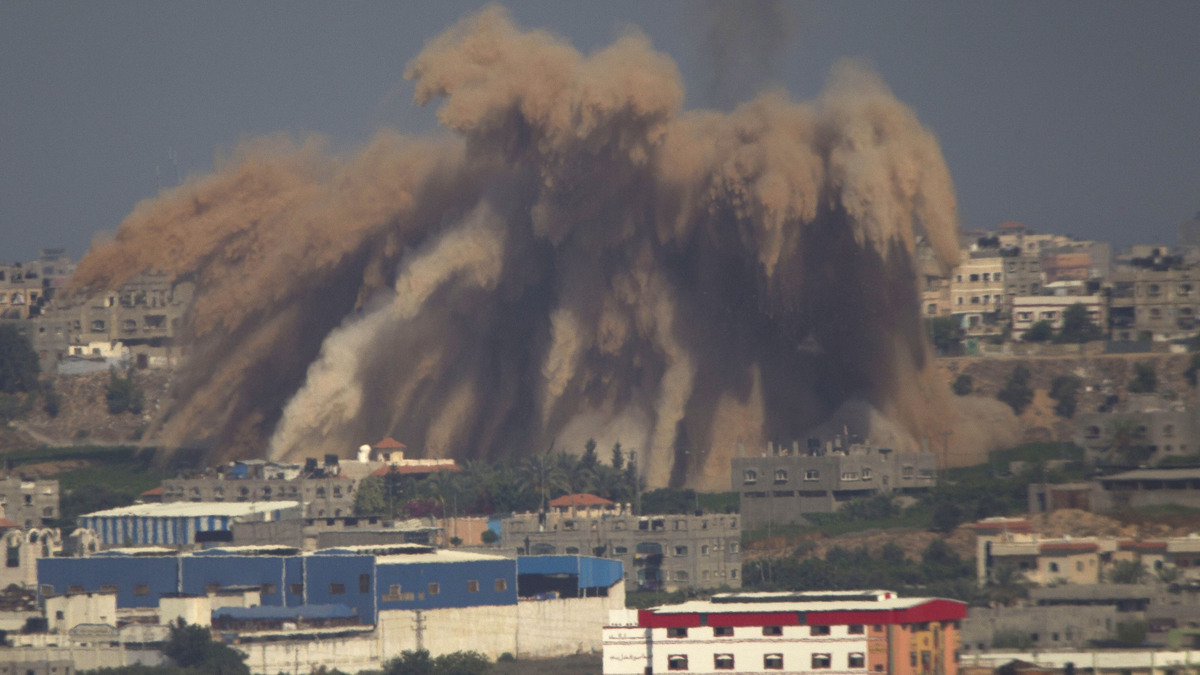 Smoke and debris rise after an Israeli strike on the Gaza Strip Wednesday. Since the Gaza offensive began Tuesday, Israel has attacked more than 400 sites in Gaza.

Israeli leaders are signaling that a ground invasion might be imminent as the offensive on Gaza intensifies, killing at least 53 people and wounding 465 others.

The toll comes from the Palestinian Authority's Health Ministry.

Reporter Daniel Estrin tells NPR's Newscast unit that Israel's military struck at least 200 Hamas targets on the second day of its offensive on the Gaza Strip. The operation is in response to rocket attacks from Gaza toward Israeli cities.

Israel has struck the enclave from the air and the sea, but Intelligence Minister Yuval Steinitz told Israel Radio that an invasion is the only way to suppress Hamas militants.

"Despite the fact it will be hard, complicated and costly, we will have to take over Gaza temporarily, for a few weeks, to cut off the strengthening of this terror army," he said.

Israel, which has already deployed troops along the border, says the offensive is needed to end rocket attacks from Gaza that are reaching farther into Israel than they ever have previously. Those attacks, which are continuing in the face of the Israeli offensive, have hit major Israeli cities, forcing people to remain home, and summer camps and kindergartens to close.

"The fighting stepped up as Egypt, which often serves as a mediator between Israel and the Palestinians, said it was in contact with both sides to end the violence. It was the first indication since the offensive was launched on Tuesday that cease-fire efforts might be underway.

"The offensive has set off the heaviest fighting between Israel and the Islamic militant group Hamas since an eight-day battle in November 2012. As the death toll continued to rise, Palestinian President Mahmoud Abbas accused Israel of committing 'genocide.' "

Until the recent fighting, the two sides have observed a truce since 2012.

The violence comes amid anger and unrest over four teenagers — three Israelis and one Palestinian — who died after being abducted.

The escalation has prompted the Arab League to request a meeting by the U.N. Security Council to discuss the Israeli operation, reports Agence France-Presse. Israeli officials have said their plans include a possible ground operation, in addition to the airstrikes.