Accessibility links
Rivals Claim Victory In Indonesian Presidential Election : The Two-Way Jakarta Gov. Joko Widodo based his claim on early results, which have been accurate in the past. But his rival, Suharto-era Gen. Prabowo Subianto, is refusing to concede. 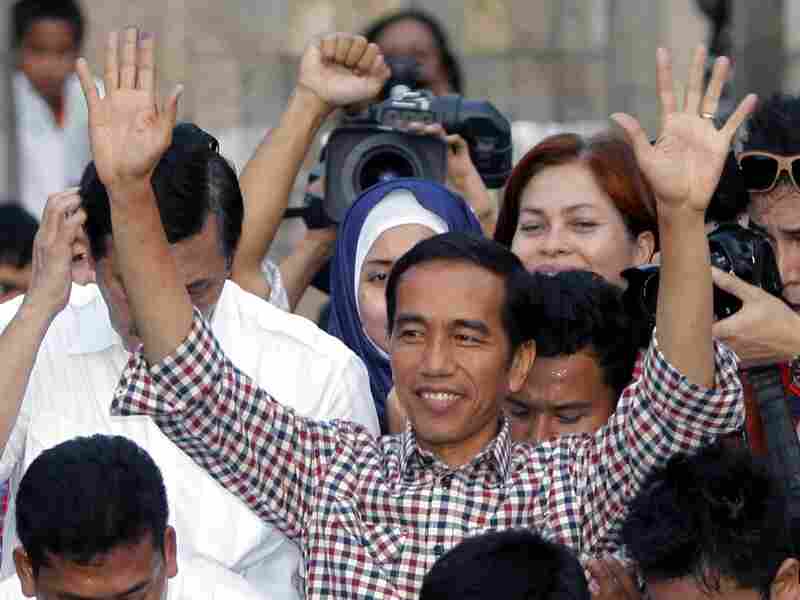 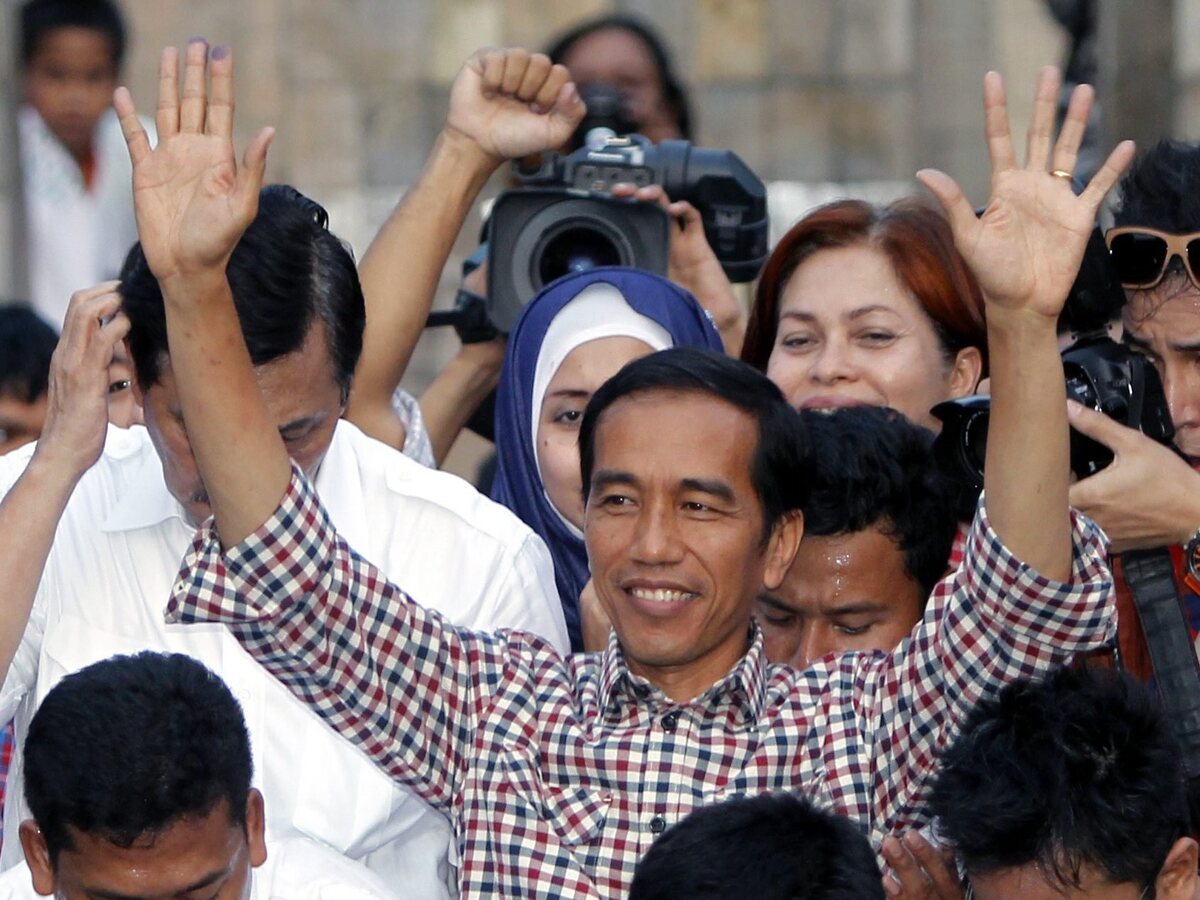 "This is the victory of the whole Indonesian population!" Widodo said.

Widodo's victory was based on quick counts. The Associated Press reports how they work:

"The quick counts tally a representative sample of votes cast around the country and have accurately forecast the results of every Indonesian national election since 2004, including this past April's parliamentary polls."

The quick counts gave Widodo a 4- to 6-percentage-point lead over his rival, Prabowo.

But the former Suharto-era general refused to concede and said he had results that showed he had won.

"It is not over. We should respect the KPU [General Elections Commission]. The battle is not over," he said. "We should ensure that the KPU is not influenced by circulating quick counts that are misleading."

Official results are due in about two weeks.

The AP notes that Widodo, who is widely known by the nickname Jokowi, is the first presidential candidate with no connection to former dictator Suharto's 1966-98 regime. NPR's Anthony Kuhn profiled the former furniture salesman in December 2012. Here's what he said: "Jokowi built his political track record as mayor of the Javanese city of Surakarta. He won the Jakarta gubernatorial election with a populist touch and an effective social media campaign."

"Widodo's appeal is that despite a lack of experience in national politics, he is seen as a man of the people who wants to advance democratic reforms and is untainted by the often corrupt military and business elite that has run Indonesia for decades. Subianto, meanwhile, had a dubious human rights record during his military career but is seen as a strong and decisive leader.

"Just a couple of months ago, the election was considered firmly in favor of Widodo, 53, who rose from humble beginnings to become the governor of Jakarta in 2012. But Subianto, 62, led a late surge after picking up endorsements from most of the country's major political parties and running an efficient ground campaign."