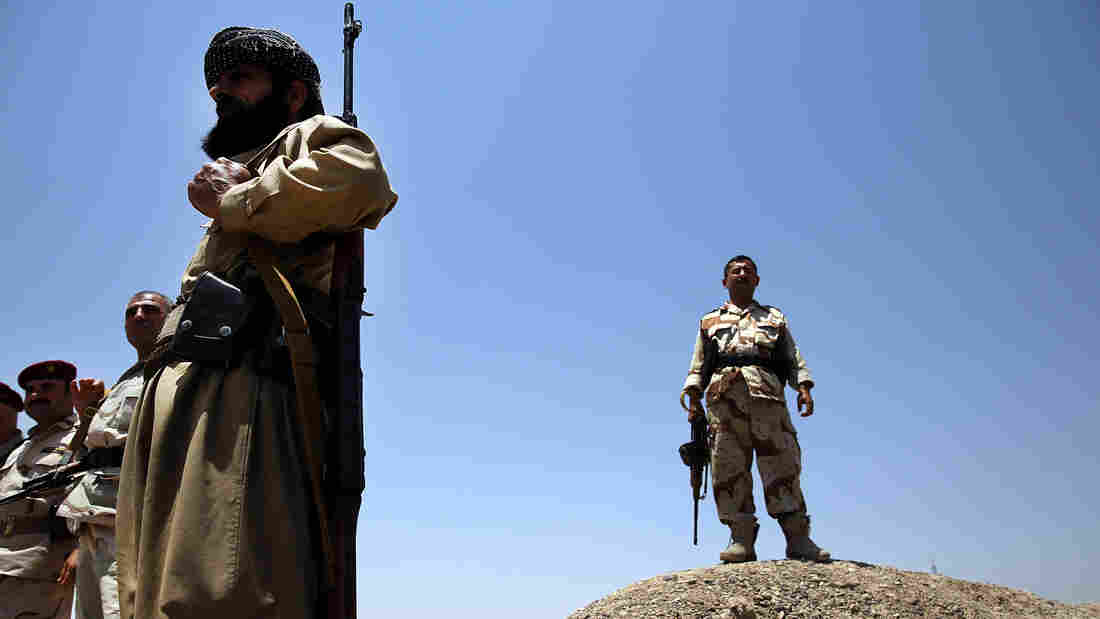 Soldiers with the Kurdish peshmerga man an outpost near Kirkuk, a city they've sought to control during the chaos that has gripped Iraq. Spencer Platt/Getty Images hide caption 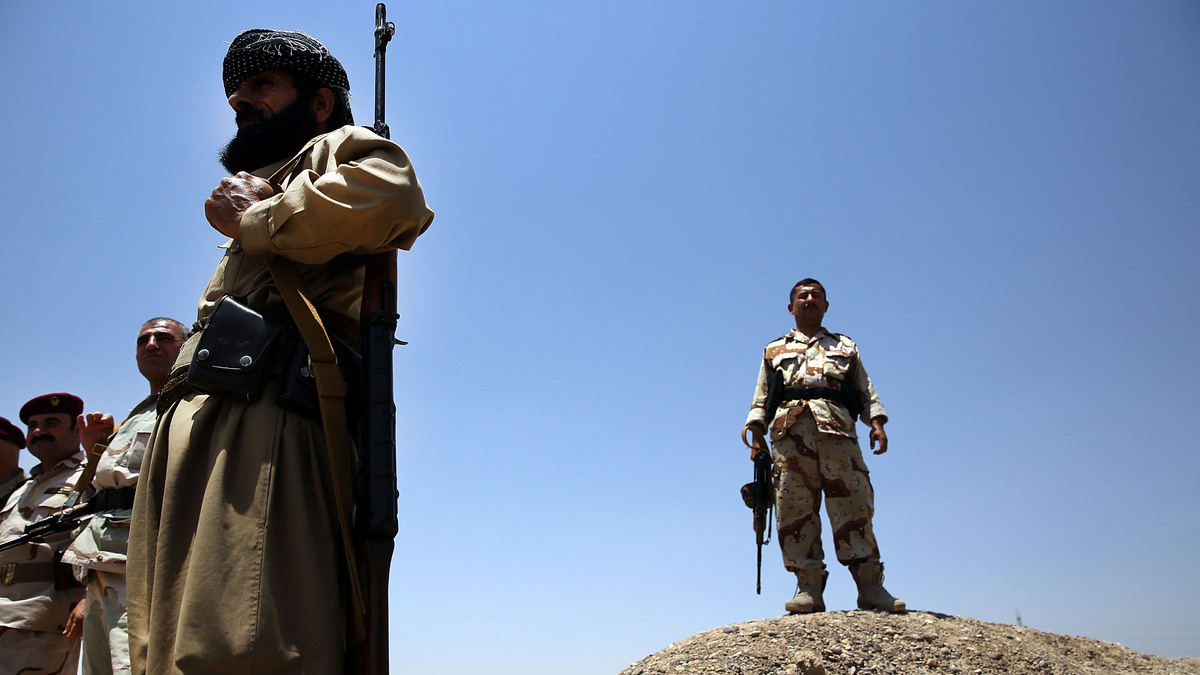 Soldiers with the Kurdish peshmerga man an outpost near Kirkuk, a city they've sought to control during the chaos that has gripped Iraq.

A dispute between Iraq's Shiite-led central government and the semi-autonomous Kurdish region is boiling over, as Kurdish ministers withdrew from all Cabinet meetings. In response, Baghdad is reportedly halting some cargo flights between Kurdish cities.

The spat is playing out amid the threat posed by the self-proclaimed "Islamic State," an extremist group that has taken over cities and territories in parts of Iraq and Syria.

"The Kurdish part of Iraq is becoming ever more remote from the government in Baghdad. On Wednesday, Prime Minister Nouri al-Maliki accused Kurds of sheltering terrorists and Saddam Hussein loyalists. In response, a Kurdish politician, Roz Nouri Shawesm, called Maliki hysterical and said he must step down.

"Kurdish ministers will no longer attend Cabinet meetings. Kurdish fighters have taken advantage of the chaos engulfing Iraq to seize territory to which they have long laid claim, including the oil-rich city of Kirkuk."

Although the ministers are boycotting meetings, they're still running their agencies, they tell Reuters. The news service reports that the officials "did not mention a timeline for their boycott or terms for their return, but they called for an inclusive national government."

The U.S. and others have called on Maliki to form a more inclusive government. But Iraq's newly elected Parliament said this week that coalitions have not yet emerged that would allow a compromise government to form.

As Alice reported Wednesday for All Things Considered, one of the only things that can currently bridge sectarian divides in Iraq is the Ramadan game of Mheibbis, a "ring game traditionally played between neighborhoods during the holy month."

But violence has continued during Ramadan. On Wednesday, more than 50 bodies "were found in the predominantly Shiite town of Alexandria," reports CNN, which adds that car bombs also have hit the area this week.