Accessibility links
Results Of Indonesia's Presidential Election In Limbo : The Two-Way Most unofficial counts give Jakarta Gov. Joko Widodo a slight lead over his opponent, but authorities have cautioned against celebrating until a full tally is released in about 10 days. 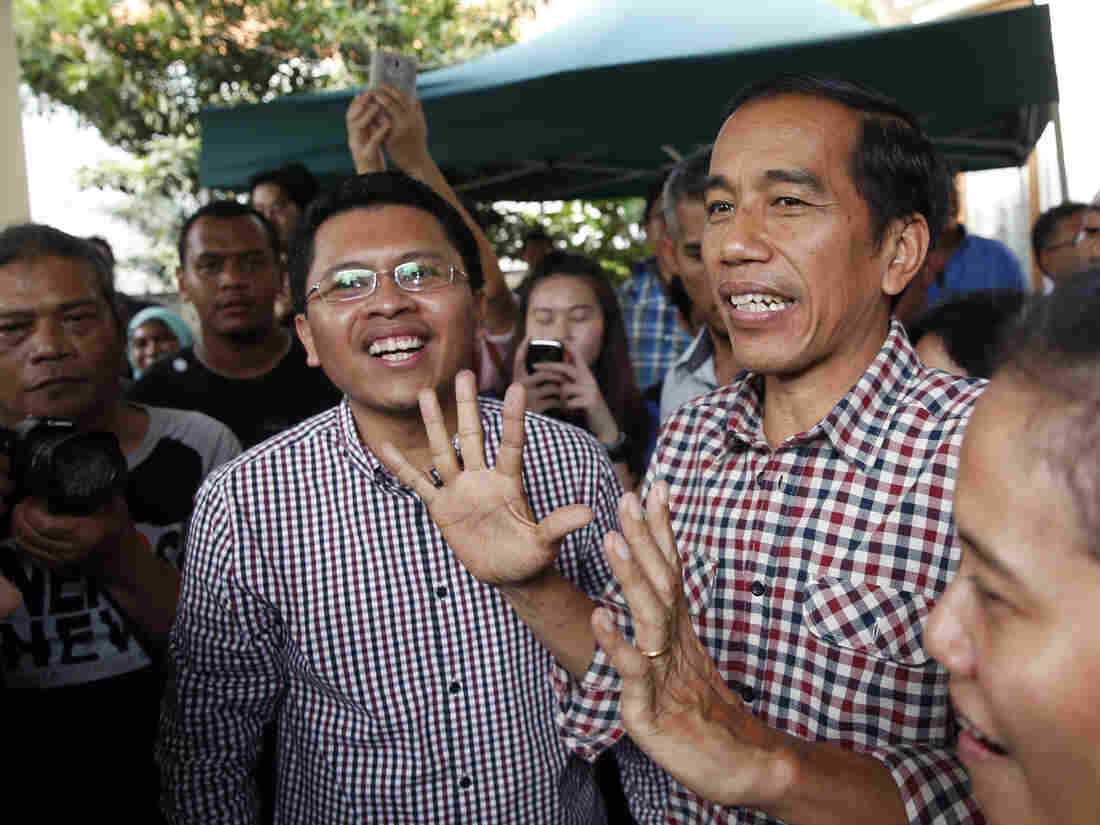 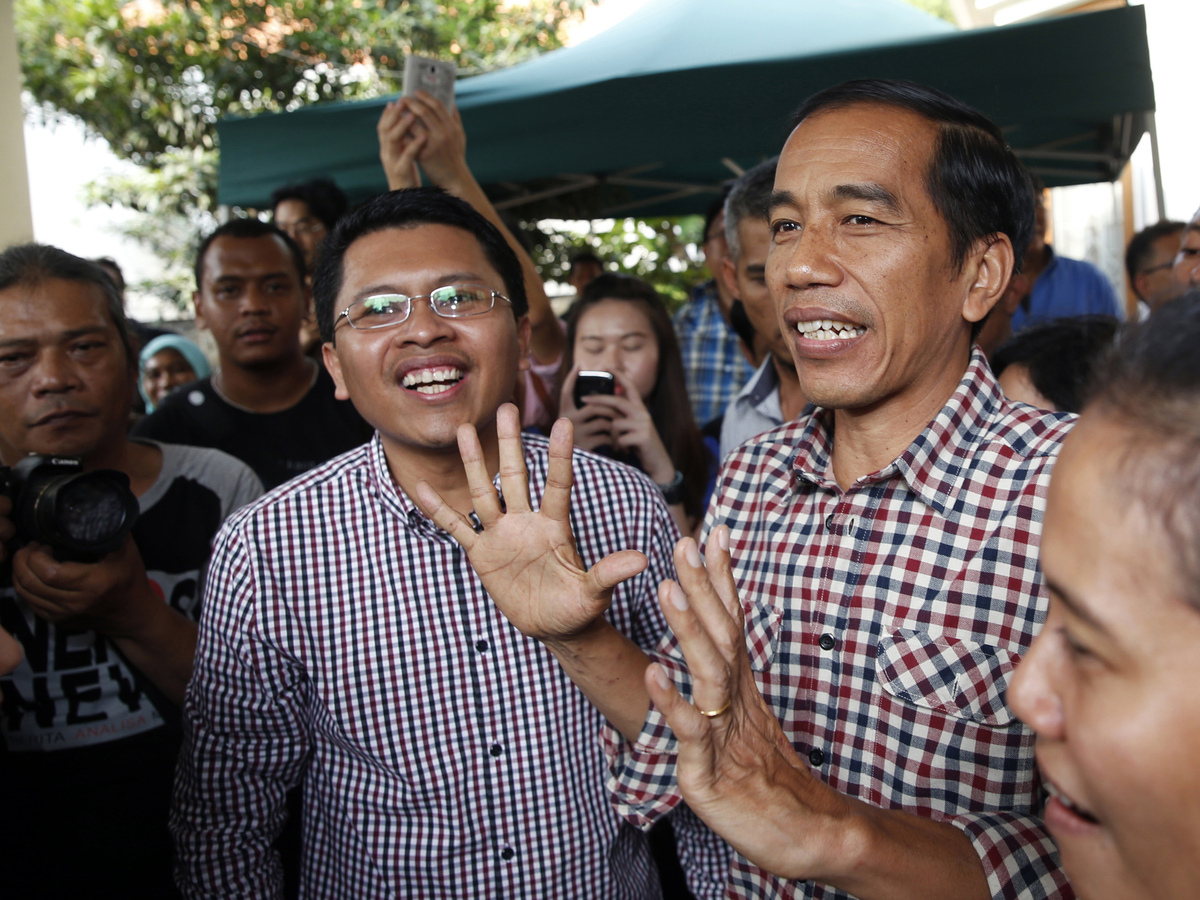 As rival candidates both claim victory in Indonesia's presidential election, police have joined the country's outgoing leader in calling on supporters of the two camps not to celebrate the results until the political limbo is resolved.

While unofficial "quick counts," appear to give Jakarta's governor, Joko Widodo, a slim lead, former army Gen. Prabowo Subianto says some of the counts have him in the lead.

Current President Susilo Bambang Yudhoyono, who is stepping down because Indonesian law does not allow him to run for a third term, tweeted (in a translation by the BBC): "(The president) asks both candidates' sides to show restraint, not to mobilise masses onto the streets to celebrate victory until the verdict of the Election Commission."

The official tally in the election isn't expected for at least 10 days.

"The apparent deadlock has raised fears of political instability in the world's most populous Muslim nation and Southeast Asia's biggest economy. It could not only stymie the economic development but also stall the nation's young democracy, which has just begun to flourish after decades of authoritarian rule.

"Widodo, known as Jokowi, came out ahead with 52 percent of the vote, according to the three most credible unofficial quick counts. But Subianto pointed to lesser-known surveys showing he came out on top, but later said he would consider the election commission's announcement in two weeks as the 'only formal result of the election.' "

According to the BBC, both candidates have met separately with Yudhoyono. Widodo's supporters had already begun setting off fireworks in celebration:

" 'We call on all party members and volunteers not to organise a parade, it's better just to give thankful prayers,' he said.

"Mr Subianto, who started the campaign far behind Mr Widodo but then gained ground, has also urged people to respect the formal results.

"No violence was reported after the polls, with tens of thousands of police deployed."