Accessibility links
Dozens Of Ukrainian Troops Reportedly Killed By Militants : The Two-Way Separatists in the east used a rocket-launching system in an attack that one officials said killed as many as 30 government troops. The strike comes after days of steady gains by Ukrainian forces. 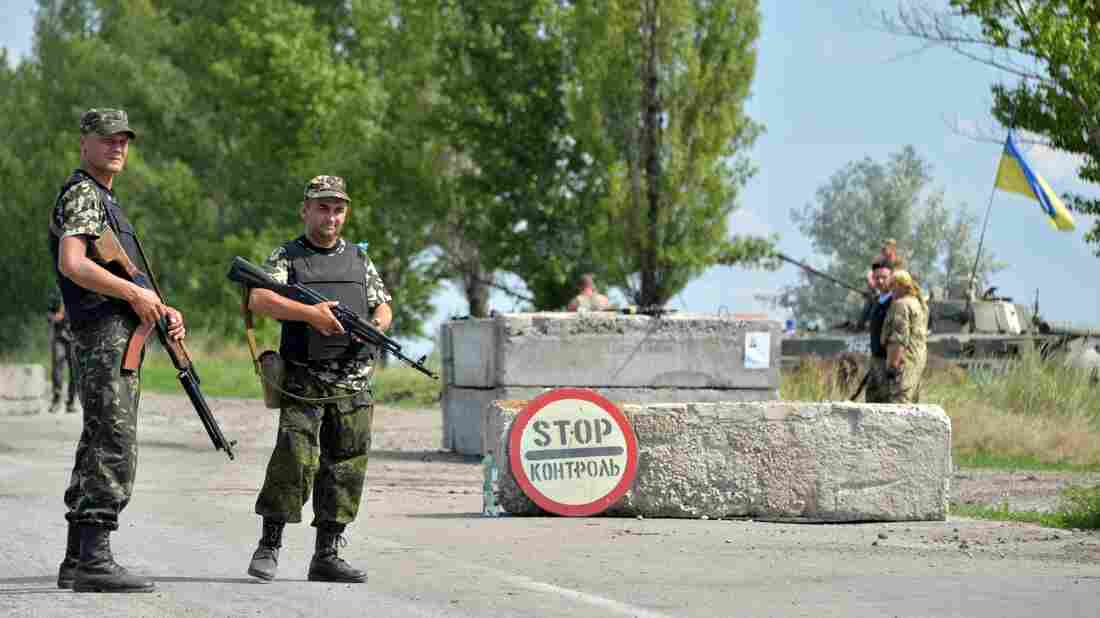 Ukrainian soldiers man a checkpoint about 30 miles from Donetsk on Thursday. A government official said Friday that a rocket attack had killed as many as 30 troops. Genya Savilov/AFP/Getty Images hide caption 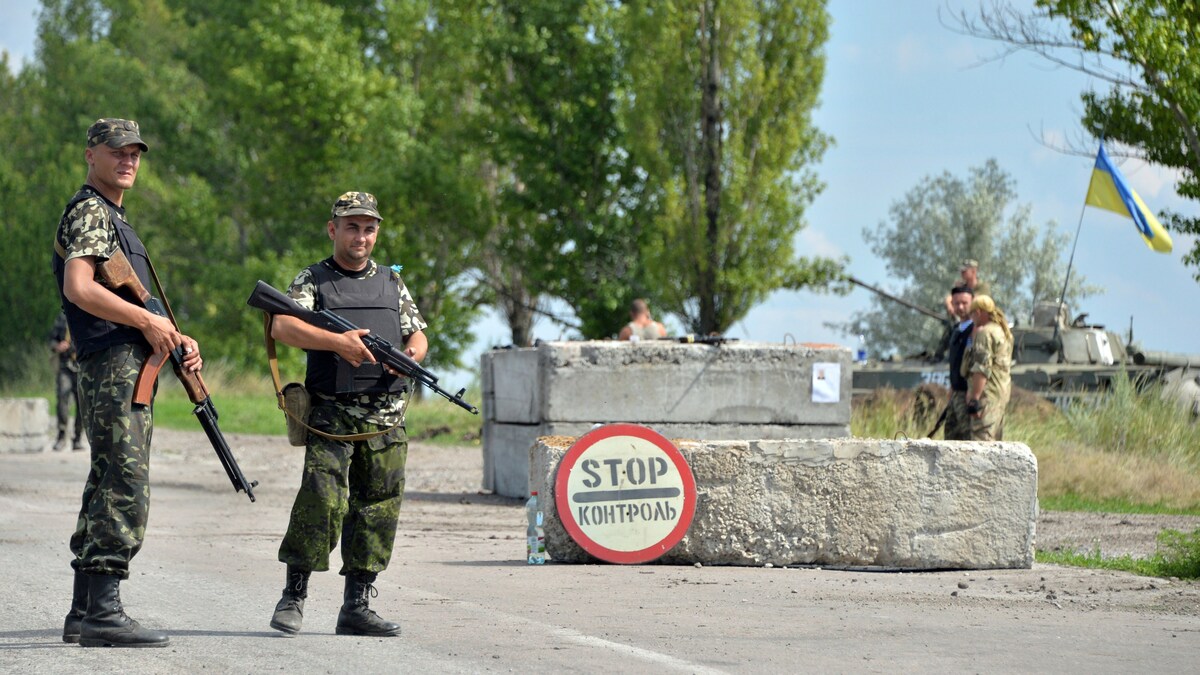 Ukrainian soldiers man a checkpoint about 30 miles from Donetsk on Thursday. A government official said Friday that a rocket attack had killed as many as 30 troops.

Separatists in eastern Ukraine reportedly used a rocket-launching system in an attack Friday that a Ukrainian official says might have killed as many as 30 government troops. The strike comes after days of steady gains against the rebels by Ukrainian forces.

From the Interfax-Ukraine News Agency:

"About 30 servicemen are thought to have been killed in a shelling by militants using Grad multiple rocket launchers of the units of the Ukrainian anti-terrorist operation (ATO) forces near the village of Zelenopillia, Sverdlovsk district, Donetsk region, early on July 11, an advisor to the Ukrainian interior minister, Zorian Shkiriak, has said."

Shkiriak also said the death toll could rise, reports Reuters, which quotes him as saying, "I think a response will not be slow in coming after this bloody terrorist act."

It seems the militants were using a mobile weapons system that can launch a barrage of rockets in quick succession from the bed of a truck. Its nickname "Grad" comes from that word's Russian meaning: hail.

We initially wrote that the weapons system had been captured. But with details still emerging, that's not certain — so we've tweaked the text to reflect that.

The attack follows recent advances by Ukraine's military, which has regained control of two key eastern cities and other territory in an aggressive campaign over the past week.

Stories of abductions, beatings and other abuse are emerging from those areas, according Amnesty International, as activists who back the central government in Kiev say they were punished by separatist groups.

"Abductions have taken place across eastern Ukraine, in the Donetsk and Luhansk regions," Amnesty International reports. "Those targeted include not only police, the military and local officials, but also journalists, politicians, activists, members of electoral commissions and businesspeople."