Accessibility links
Kerry Pushes For Audit Of Disputed Afghan Presidential Poll : The Two-Way The secretary of state has been meeting with the candidates, as well as outgoing leader Hamid Karzai, in an effort to broker a deal. 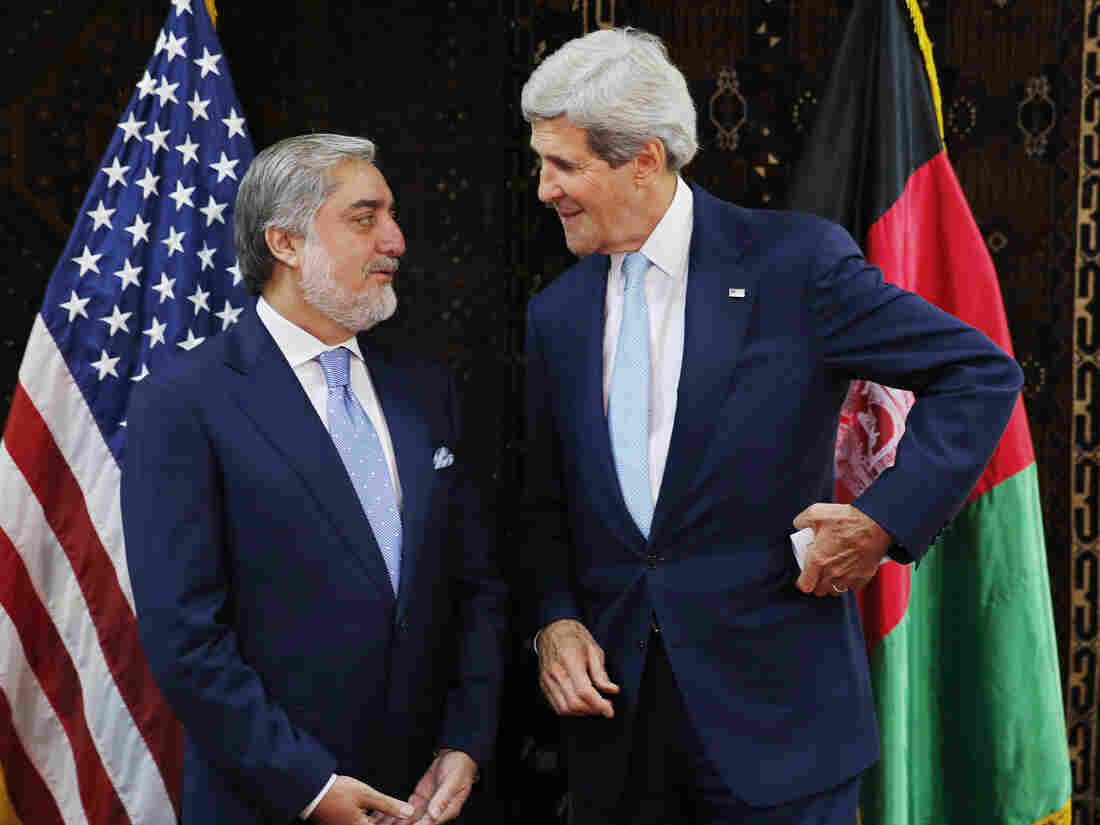 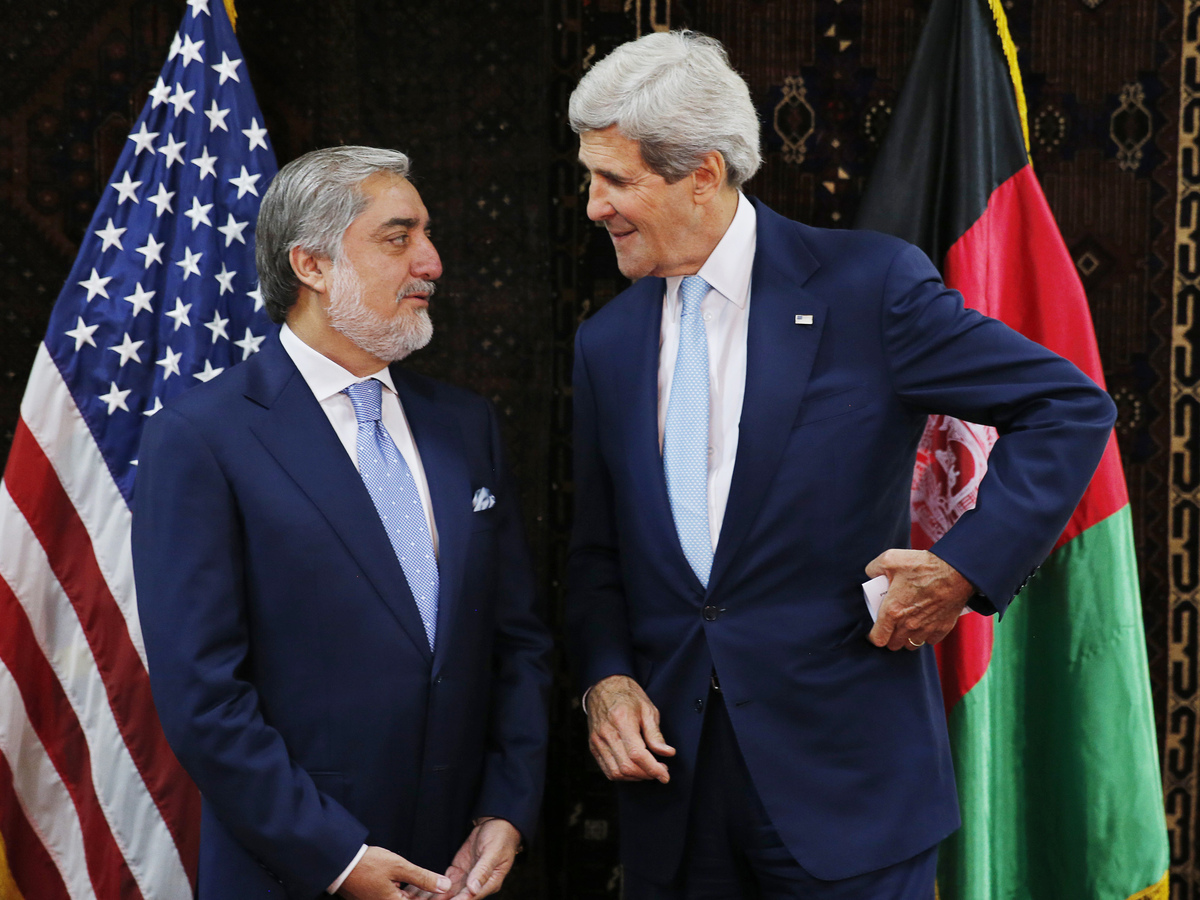 Calling it a "critical moment" in Afghanistan, U.S. Secretary of State John Kerry is pushing for a partial recount in the country's presidential elections amid alleged vote fraud.

As we reported on Monday, former Afghan Finance Minister Ashraf Ghani appears to be in the lead, but his opponent, ex-Foreign Minister Abdullah Abdullah, has charged election fraud.

NPR's Sean Carberry, reporting from Kabul, says Kerry has met with both candidates and with the United Nations in "basically marathon talks all day long." A U.S. official was quoted by Reuters as saying that Kerry had discussed "many ideas" about reviewing votes with the candidates and Karzai. The official said another round of meetings with Kerry and the three was scheduled for Saturday.

"Kerry said several days ago, before he even arrived, that a substantial [election] audit was necessary," Sean says. "The U.S. position has been that there was clearly extensive fraud in the election and a significant audit needs to take place in order for the outcome to be considered legitimate."

But the details of the partial recount have been shifting. Abdullah's camp initially agreed to an audit of only 6,000 stations but then demanded 2,000 more. Now, it's asking for 11,000 polling stations to be audited, representing approximately 3 million to 4 million votes out of the estimated 8 million cast in June's runoff.

The shifting goal posts are "raising concerns that each time [the Abdullah camp gets] what they are asking for, they start pushing for a higher audit," Sean says.

He said Kerry had also "warned that any attempts to circumvent the process or to take power through illegal means could mean Afghanistan losing its foreign funding."

That concern follows a rally several days ago in which Abdullah declared himself the winner, saying he had more "legitimate" votes than his opponent.

"His followers have been urging him to declare his own government unilaterally," Sean says.

By way of background, The Associated Press says:

"For the United States, the political crisis threatens to undermine more than a decade of efforts to leave behind a strong Afghanistan capable of containing the Taliban insurgency and preventing extremist groups like al-Qaida from using the territory to endanger the American homeland.