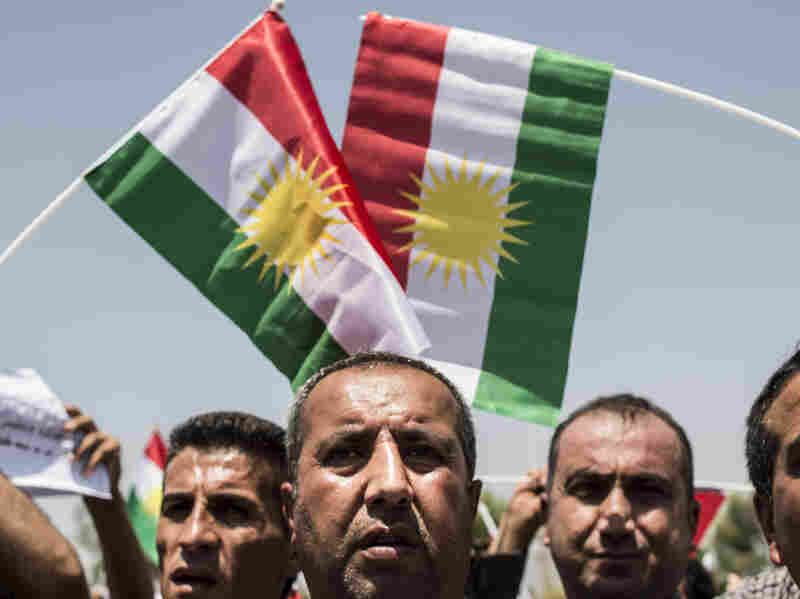 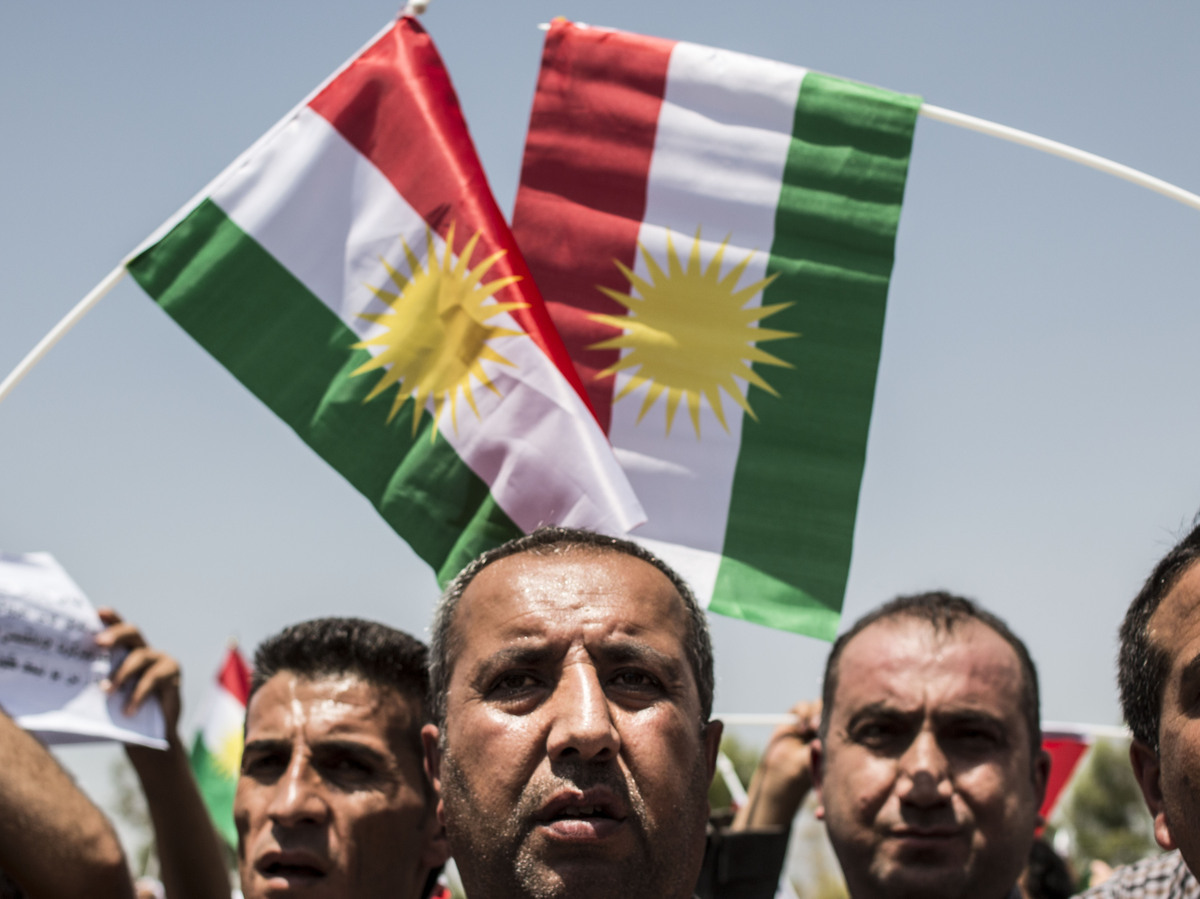 Iraqi Kurds call for independence as Masud Barzani, president of Iraq's autonomous Kurdistan region, arrives to attend a session of the Kurdish Parliament on July 3.

Kurdish forces have seized two oil fields near the disputed city of Kirkuk, a day after their ministers withdrew from all Cabinet meetings in Baghdad, moves that further imperil Iraq's already tenuous unity.

Peshmerga forces took over the Bai Hassan and Kirkuk oil fields, expelling local workers, Iraq's Oil Ministry confirmed. A spokesman for the ministry called it a "violation of the constitution."

All this is happening amid the threat posed by the Islamic State, the group formerly known as ISIS, which has taken over large parts of the country, including major cities like Mosul.

Also Friday, Iraq's Foreign Minister Hoshyar Zebari said the Kurdish political bloc will suspend all participation in the government. NPR's Leila Fadel told our Newscast unit it's the latest sign of a splintering government in Iraq. She said:

"Hoshyar Zebari said the political bloc made the decision to protest Prime Minister Nouri al-Maliki's accusation that terrorists are finding safe haven in the capital of the semi-autonomous Kurdish region in the north. Zebari told NPR Kurdish ministers are suspending day-to-day operations and aren't participating in Cabinet meetings.

"It is a strong message, he says, of unequivocal rejection of the accusations. But Maliki seemed ready to move on without the Kurdish ministers, appointing an acting foreign minister. Since the Islamic State, an extremist organization, took swaths of Iraqi territory, the Kurdish authorities have seized on the opportunity to take disputed territory for a desired independent Kurdish state."

The Islamic State's gains in Iraq have split the country along sectarian lines. The group is Sunni; Iraq's government is mainly Shiite. Also in this mix are the Kurds, who have an autonomous region within Iraq but have long sought their own state.

Meanwhile, Iraqi lawmakers are trying to come to an agreement over a new prime minister, president and parliamentary speaker after elections in April. There are growing calls for Maliki to step aside in favor of a more inclusive government, but he has so far resisted those calls.

"He has driven the country into civil war in an attempt to consolidate power," Ali Khedery, an Iraqi-American who was a senior adviser to U.S. officials in Baghdad for seven years, told NPR's Morning Edition.

On Friday, Iraq's top Shiite cleric, Ayatollah Ali al-Sistani, reiterated through a spokesman the need to compromise on a new government.