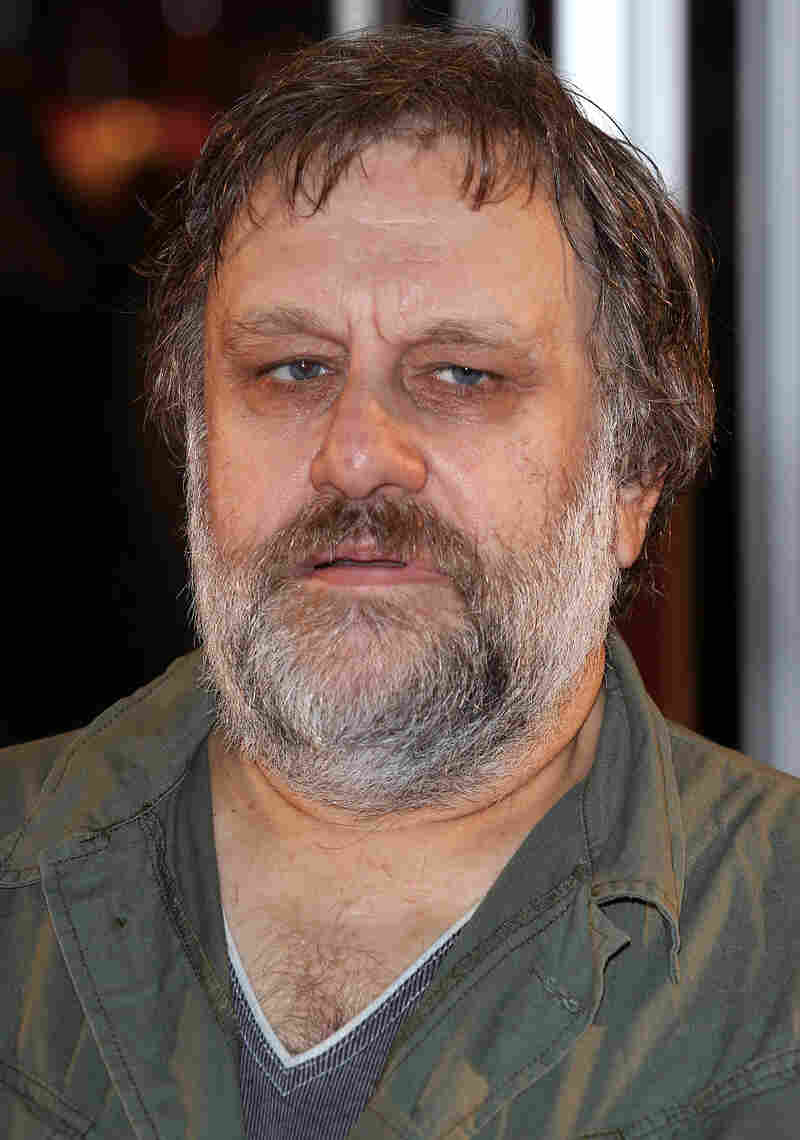 Marxist philosopher Slavoj Žižek — who is one of the world's most prominent living public intellectuals — has been accused of plagiarizing from the white separatist magazine American Renaissance. (The magazine calls itself a "race realist" publication, while the Southern Poverty Law Center calls it a hub for "proponents of eugenics and blatant anti-black racists.")

Last week, a blogger called "Deogolwulf" posted a comparison of passages from an article by Žižek in the journal Critical Inquiry and from a book review in American Renaissance. The review, by Stanley Hornbeck, is of Kevin Macdonald's anti-Semitic book The Culture of Critique: An Evolutionary Analysis of Jewish Involvement in Twentieth Century Intellectual and Political Movements. Although the two pieces of writing come to different conclusions (Žižek calls it "barbarism"), passages summarizing Macdonald's book appear with nearly identical wording in each publication.

In a statement emailed to NPR, Žižek wrote that he had been sent the words by a friend who said he was free to use them and that he did not realize the friend had in turn borrowed words from Hornbeck. Žižek added, "As any reader can quickly establish, the problematic passages are purely informative, a report on another's theory for which I have no affinity whatsoever; all I do after this brief resume is quickly dismiss Macdonald's theory as a new chapter in the long process of the destruction of Reason. In no way can I thus be accused of plagiarizing another's line of thought, of 'stealing ideas.' I nonetheless deeply regret the incident."

NPR asked Žižek whether he considered it acceptable to borrow, even with permission, the words of a friend without citing the source. Žižek responded: "My friend not only agreed, he wrote those words for my use! Plus they are a resume of a book, not any creative development of ideas. So I really don't see a problem here."

In a third email, he added, "I find it difficult to consider plagiarism using a brief resume of a book written by a friend FOR THE EXPRESS PURPOSE OF ME USING IT. If this is plagiarism, then quite a few academics I know are plagiarists." Asked whether his other published work also contains passages written by friends or assistants, he responded, "NO, plus I NEVER in my life got or used a research assistant or ANY kind of paid academic help!"

W. J. T. Mitchell, the editor of Critical Inquiry, the journal in which Žižek's essay was published, wrote in an email to NPR that the section "was indeed plagiarized," adding, "[I]f we had known that the passage was being quoted without an indication of the source, we would have asked Zizek to make the proper citation."

However, Mitchell added that in his opinion, the situation is "complex" because "[Žižek] does not present someone else's ideas as his own." Mitchell wrote that while he would personally not do it, "quoting a whole passage of friend of a without attribution (but with permission) would be right at the margins of acceptable practice, in my view." He went on to say the passage could be considered "a kind of found object, a summary of a deeply racist and reactionary argument that Zizek should have put in quotation marks."

And in other news...