Accessibility links
Sweet Deal? Chocolatier Lindt Buys Russell Stover : The Two-Way The purchase would make the combined company the No. 3 chocolate maker in North America. The deal's value is estimated at around $1.5 billion. 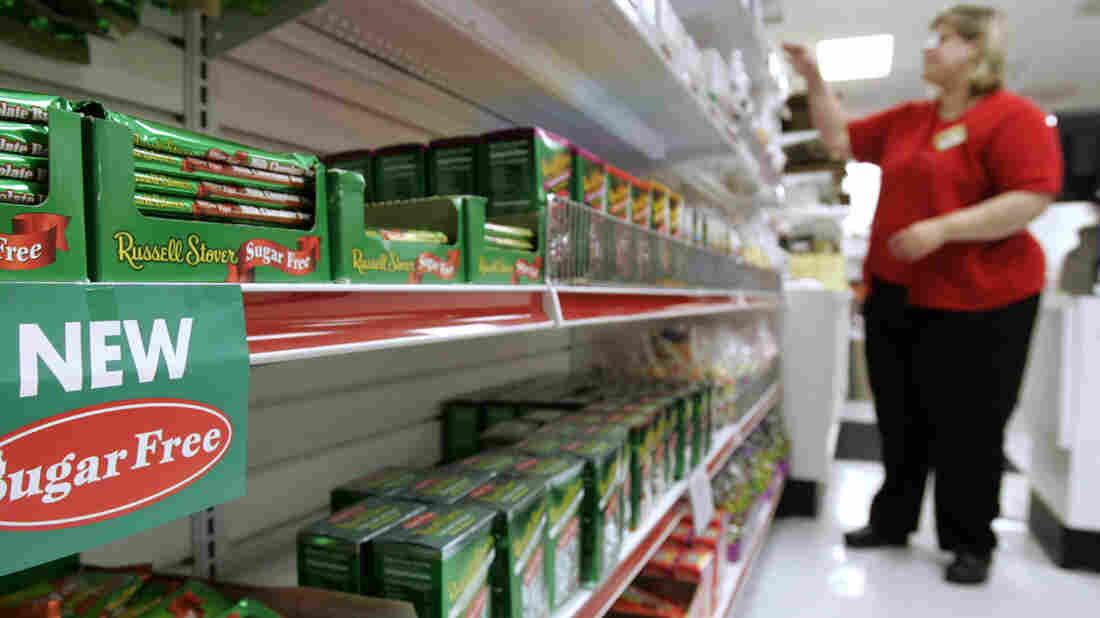 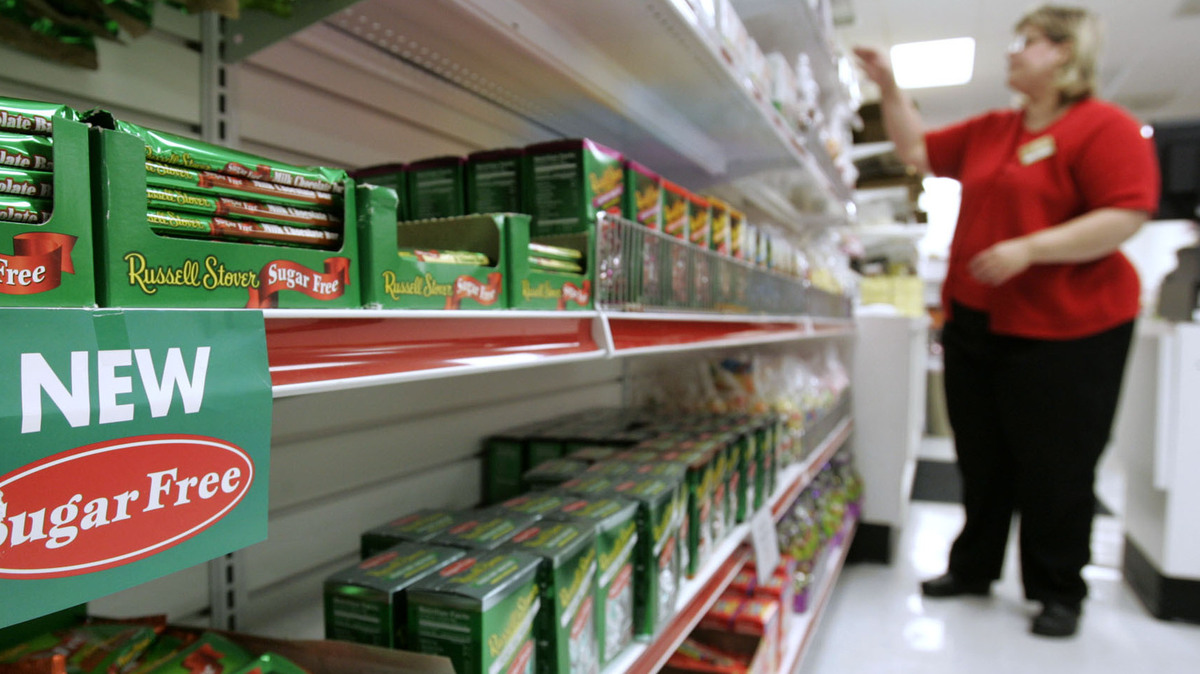 A store manager arranges merchandise in a Russell Stover Candy store in Overland Park, Kan., in this file photo. The candy maker is being bought by Swiss company Lindt & Spruengli.

In a push for greater prominence in the American market, Swiss chocolate company Lindt & Sprungli has reached a deal to acquire Russell Stover, the company whose products include the time-tested Whitman's Sampler box of chocolates, a product featured in the 1994 film Forrest Gump.

The deal would make the combined company the No. 3 chocolate maker in North America, Lindt says in a news release announcing the deal. The company says the acquisition is the "biggest and most important strategic acquisition" in its history.

The price of the sale wasn't disclosed, but estimates in the Financial Times and The Wall Street Journal have put the figure at $1.4 billion and $1.5 billion, respectively.

"With some 2,700 employees, the Russell Stover Group reports annual sales of around $500 million," Lindt says. The company says Russell Stover's headquarters will remain in Kansas City.

The deal would push Lindt past Nestle in the North American chocolate market, says Bloomberg, which reports, "The company will be a distant third behind Hershey Co. and Mars Inc., which together control more than half of the market."

The deal involves some well-known brands. Here's a quick sketch of their histories:

Since the 1960s, Russell Stover has been owned by the family of Louis Ward, who bought the company from the Stover family.

According to the Wichita Eagle newspaper, "The Ward family was ranked the 124th wealthiest this year on the Forbes list, with a combined net worth of $1.8 billion."

When the deal is complete, Russell Stover will be under the same corporate umbrella as Ghirardelli, the California-based chocolate maker that Lindt bought in 1998.