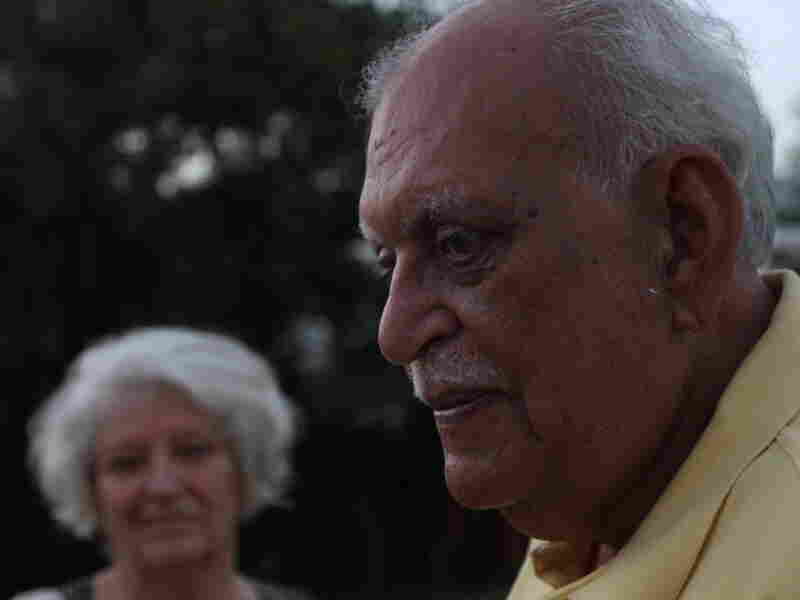 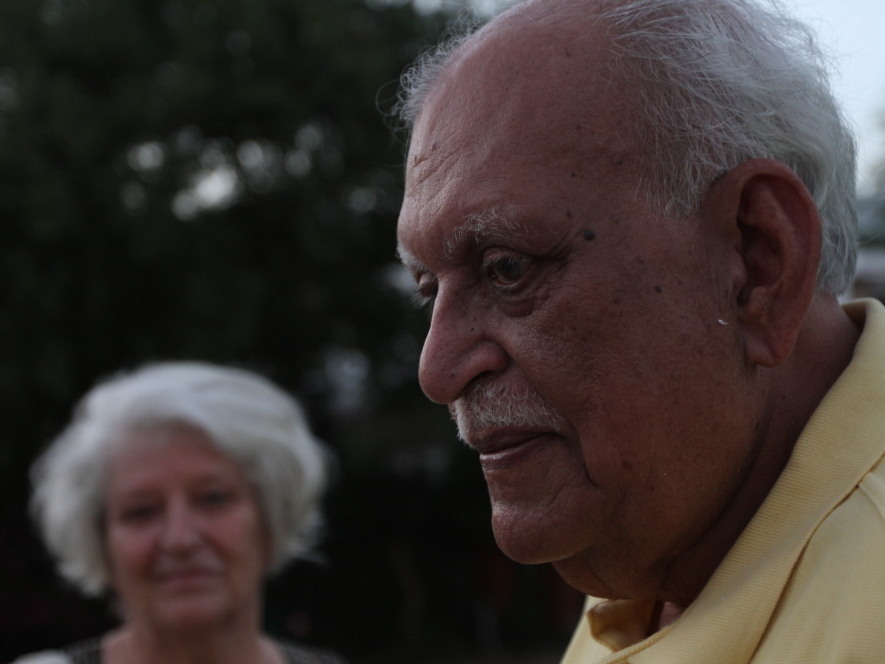 Novelist Jamil Ahmad. His wife, Helga, is in the background.