Accessibility links
University Of Texas Can Continue Affirmative Action, Court Rules : The Two-Way In a case sent back by the Supreme Court last year, a federal appellate court ruled Tuesday that the university's use of race as a factor in admissions is acceptable. Plaintiffs have vowed to appeal. 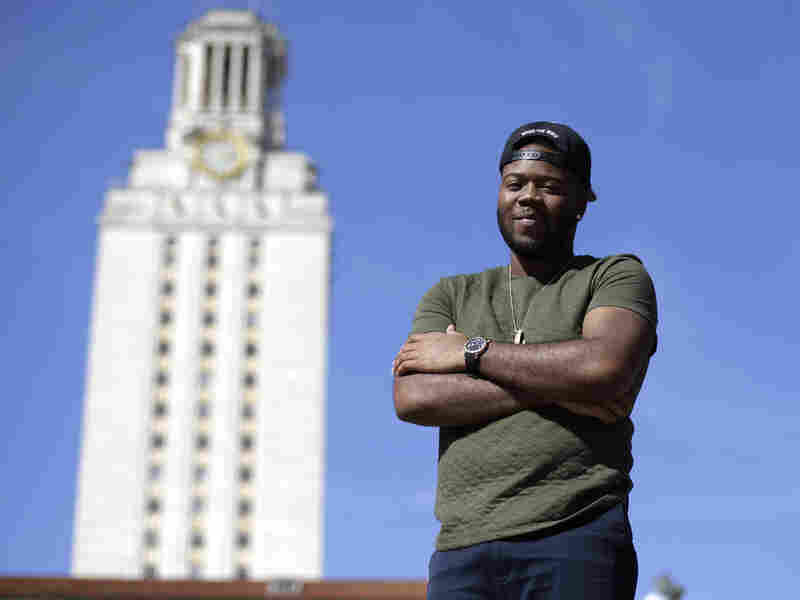 Last year, Bradley Poole posed for a photo at the University of Texas after becoming president of the school's Black Student Alliance. Eric Gay/AP hide caption 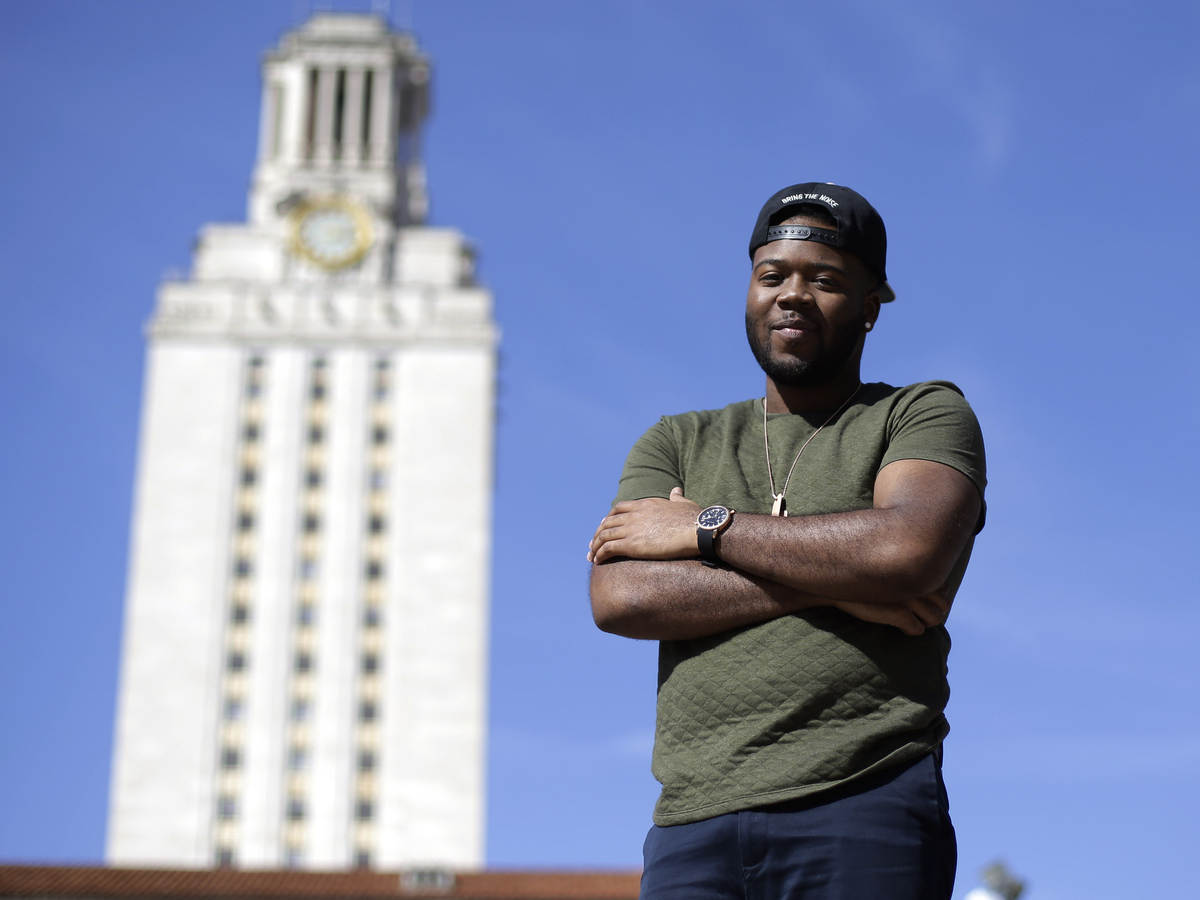 Last year, Bradley Poole posed for a photo at the University of Texas after becoming president of the school's Black Student Alliance.

A federal appellate court in Texas has ruled that the state's flagship university can continue to use race as a factor in admissions.

"To deny UT Austin its limited use of race in its search for holistic diversity would hobble the richness of the educational experience," Judge Patrick Higginbotham wrote for a split panel of the 5th U.S. Circuit Court of Appeals.

The case, Fisher v. University of Texas at Austin, had been closely watched because it has already reached the Supreme Court. Last year, the court surprised many observers by failing to issue a sweeping decision on affirmative action.

Instead, the court sent the case back to the 5th Circuit for further fact-finding, saying the lower court should use "strict scrutiny," the toughest form of review a court can apply to government actions, instead of deferring to the university's judgment in the matter.

The Supreme Court wanted a determination on whether the use of race as part of the admissions program was necessary and had been drawn as narrowly as possible.

Under Texas law, the university grants automatic admission to students in the top seven percent of each high school's graduating class. Because many high schools are dominated by one race or another, this has ensured that the University of Texas admits a high percentage of students who are Hispanic or African-American.

But their numbers still fall far short of their share of the overall population of the state, in which minorities make up a majority. The appellate court said it was OK for the university to use race as a factor beyond the automatic admission plan.

Higginbotham wrote that the judges were "persuaded by UT Austin from this record of its necessary use of race in a holistic process and the want of workable alternatives that would not require even greater use of race, faithful to the content given to it by the Supreme Court."

But Emilio Garza, who was the dissenting judge in the 2-1 decision, argued that the university did not offer "sufficient evidence that would prove that its admissions program is narrowly tailored to obtain the educational benefits of diversity."

In April, the Supreme Court ruled that a Michigan ballot initiative to ban racial preferences in college admissions is constitutional, overturning a lower court decision in that case.