Accessibility links
Court Finds Netherlands Liable For 300 Deaths In Srebrenica Massacre : The Two-Way The decision is a victory for only some of the families of the 8,000 men and boys slain in the July 1995 massacre in Bosnia. 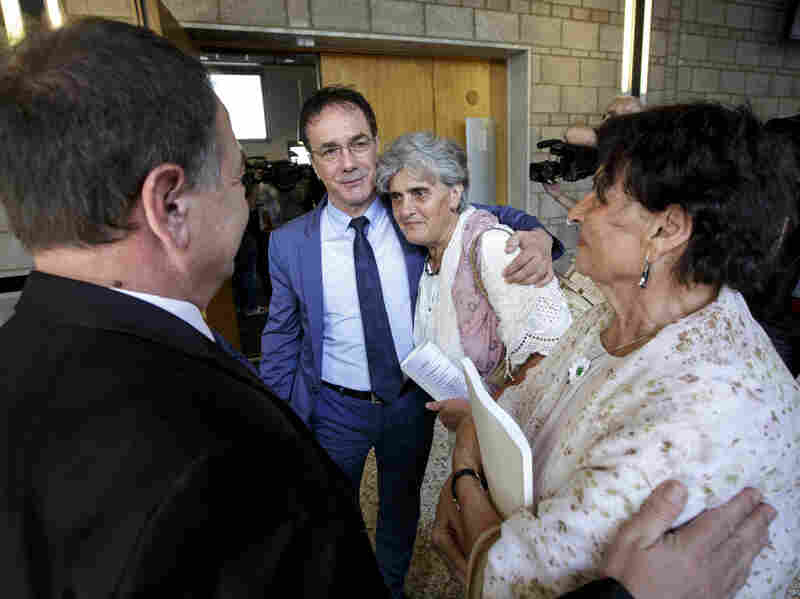 Women from the Bosnian town of Srebrenica embrace their lawyers following a ruling Wednesday at a civil court in The Hague, Netherlands. Phil Nijhuis/AP hide caption 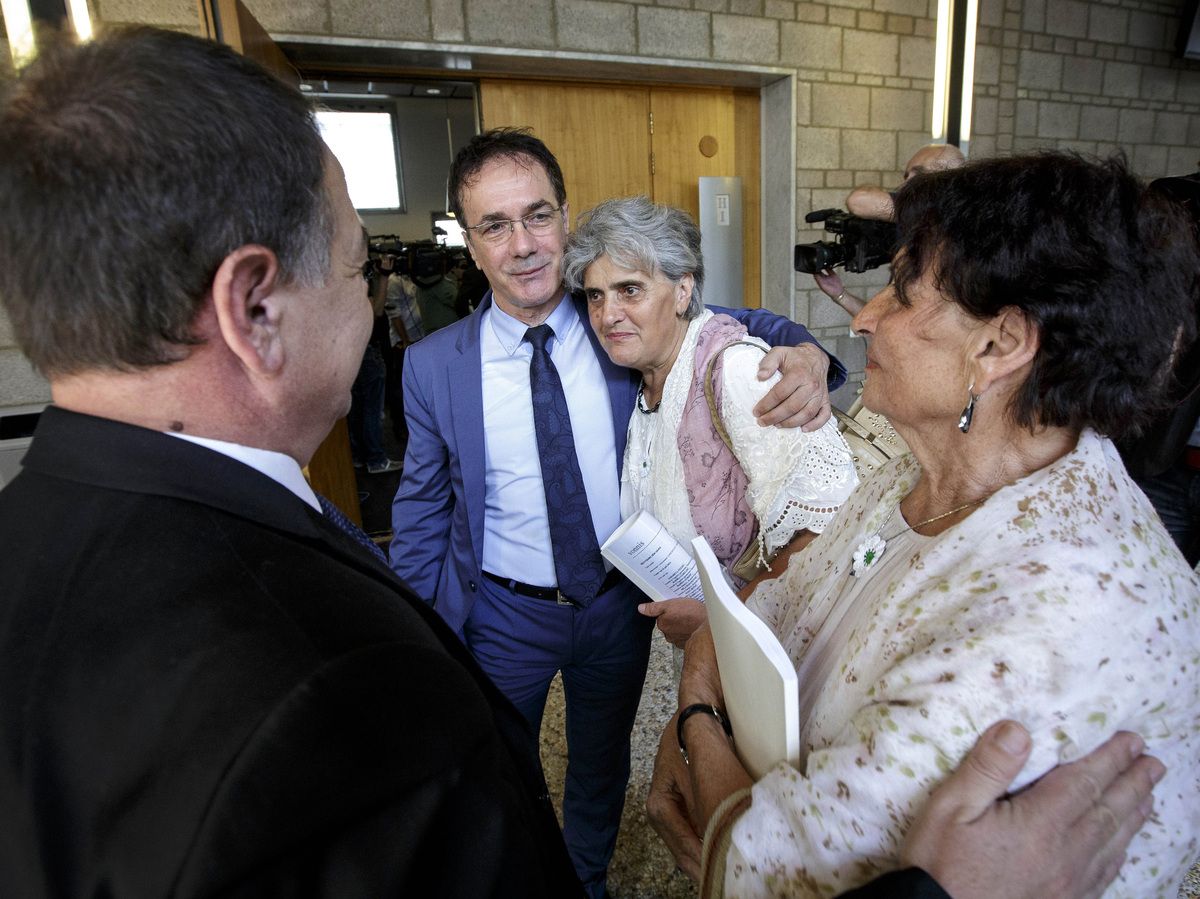 Women from the Bosnian town of Srebrenica embrace their lawyers following a ruling Wednesday at a civil court in The Hague, Netherlands.

A court in the Netherlands ruled today that the country's government was partly liable for the deaths of 300 Bosnian Muslims whom Dutch peacekeepers failed to protect in Srebrenica in 1995.

But The Associated Press notes that the court decision clears the government of liability in the deaths of the thousands of others who were killed in Srebrenica.

"Relatives of the dead welcomed the limited finding of liability, but lamented that it did not go much further," The AP added.

The court did not specify how much compensation the families of the 300 victims should receive.

Teri Schultz tells our Newscast unit that the decision could have a far-ranging impact on countries' willingness to serve in U.N. missions. She reports:

"The court says Dutch peacekeepers should have known they were sending hundreds of Bosnian Muslims to their deaths when they kicked them out of the U.N.-declared safe haven near Srebrenica during the Bosnian civil war. The Dutch soldiers handed the Bosnian Muslims over to the Bosnian Serb army, telling them they'd be 'safe.'

"Instead, most of the men in the group became some of the 8,000 victims in the Srebrenica genocide, the worst massacre in Europe since World War II. The court says the Dutch government is partially responsible for the deaths and liable to pay compensation."

The ruling comes just months after the country's Supreme Court ruled that the government was responsible for the deaths of three Muslim men in Srebrenica.