Accessibility links
A 5-Hour Truce Between Hamas And Israel Ends, And Fighting Begins : The Two-Way Israel and Hamas agreed to hold their fire for five hours, from 10 a.m. to 3 p.m. local time, for humanitarian reasons. But the peace is now over, and attacks have resumed.

A 5-Hour Truce Between Hamas And Israel Ends, And Fighting Begins

A 5-Hour Truce Between Hamas And Israel Ends, And Fighting Begins 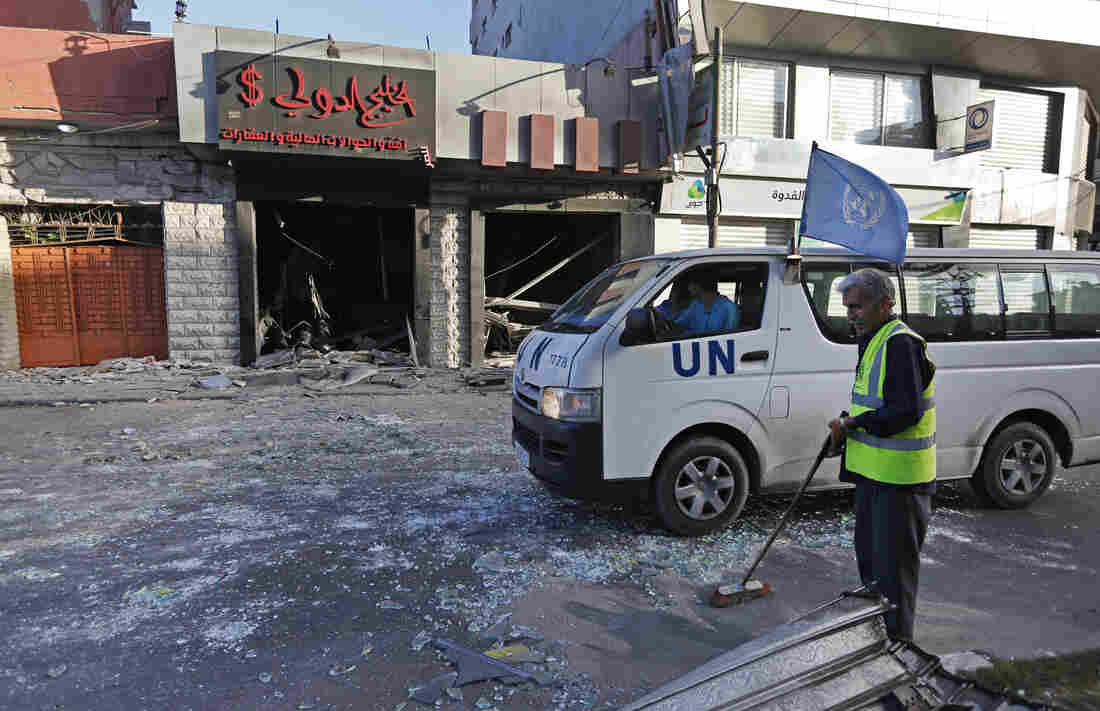 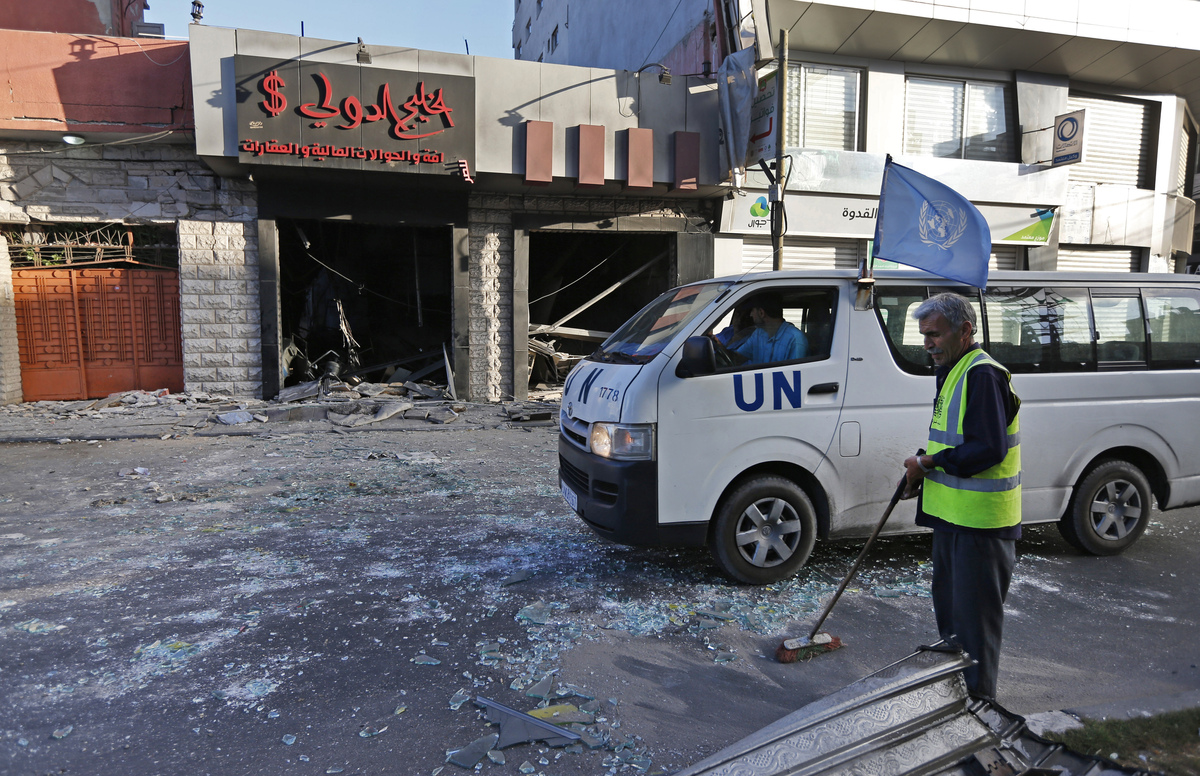 A Palestinian municipality worker sweeps the street as a United Nations vehicle drives past a damaged money exchange post. Israel and Hamas took a break from fighting Thursday for humanitarian reasons.

This post was updated at 4:10 p.m. ET: Ground Offenses Begin

Israel has sent ground forces into Gaza on Thursday, which we are covering in this post.

A temporary cease-fire had brought relative quiet to Gaza for a few hours earlier in the day, as Israel and Hamas agreed to hold their fire for five hours, from 10 a.m. to 3 p.m. local time, for humanitarian reasons. The peace was marred by a mortar attack around noon. There was been no indication that Israel retaliated.

With the temporary truce over, Hamas has fired 10 rockets at Israel and Israel launched two airstrikes at the Gaza Strip, Israeli security officials say. We've updated this post to reflect that the cease-fire has ended.

An Israeli army spokesman said three mortars landed in southern Israel but did no damage, Linda Gradstein tells our Newscast unit. She adds that it wasn't clear whether Hamas or a smaller Palestinian faction trying to disrupt the cease- fire was responsible.

"The cease-fire was requested by Robert Serry, the United Nations special coordinator for the Middle East, in order to allow aid into the Gaza Strip," reports Israeli newspaper Haaretz.

Residents used the break to rush for supplies at markets, visit hospitals and conduct business at banks.

In Gaza, the death toll from Israeli airstrikes has climbed above 220 — a number that includes four boys who died in a bombardment on a beach Wednesday.

"Today people are mourning the death of four children who were playing on the beach when they were killed in an Israeli attack. Israel has not offered details of the incident, beyond saying that it had targeted terrorist activity.

"The military also reports that today it stopped about a dozen militants who were trying to attack Israel via a tunnel underneath the Gaza border."

An Israeli delegation visited Cairo today, to hold talks with Egyptian officials who are trying to broker a more permanent peace deal to end the fighting that started early last week. A delegation from Hamas was also present — but in a different section of the same hotel, reports The Los Angeles Times, Egypt's representatives shuttled between the two groups.