Accessibility links
Appeals Court Upholds Ruling To Lift Oklahoma Same-Sex-Marriage Ban : The Two-Way The ruling of the 10th Circuit Court of Appeals in Denver mirrors the same court's decision regarding a gay-marriage ban in Utah. It has been stayed, pending likely appeal. 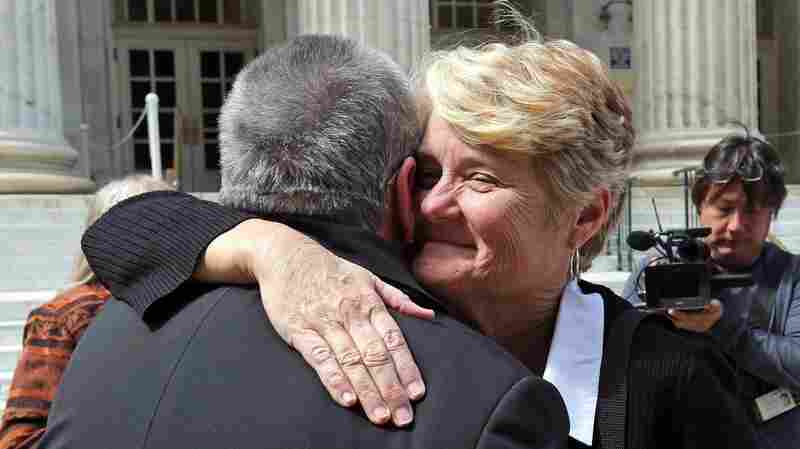 Sue Barton, a plaintiff challenging Oklahoma's gay-marriage ban, gets a hug from her pastor following a hearing at the 10th U.S. Circuit Court of Appeals in Denver on April 17 Brennan Linsley/AP hide caption 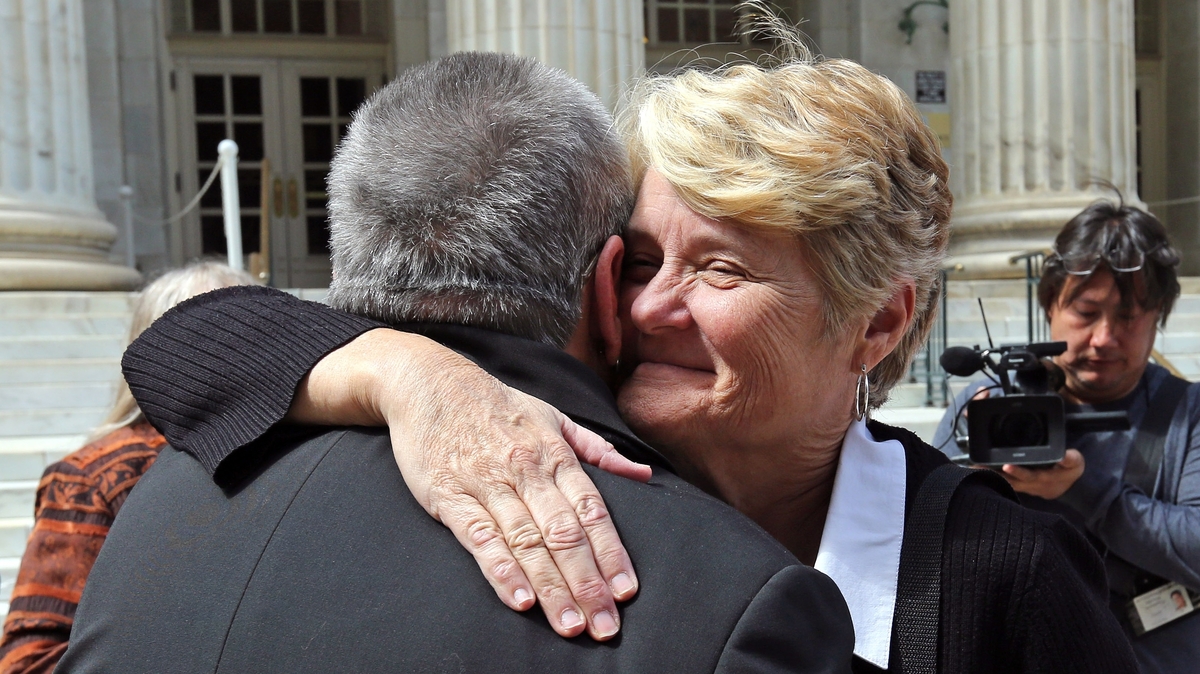 Sue Barton, a plaintiff challenging Oklahoma's gay-marriage ban, gets a hug from her pastor following a hearing at the 10th U.S. Circuit Court of Appeals in Denver on April 17

A U.S. appeals court in Denver has upheld a lower court ruling that struck down Oklahoma's gay-marriage ban.

"Oklahoma's ban on same-sex marriage sweeps too broadly in that it denies a fundamental right to all same-sex couples who seek to marry or to have their marriages recognized regardless of their child-rearing ambitions," wrote Judge Carlos Lucero, who was appointed by President Bill Clinton.

"The rulings are the first at the appellate level since the U.S. Supreme Court changed the legal landscape by striking down the Defense of Marriage Act in June 2013. They are likely to be appealed to the high court."

"We would like to thank the court for its time and careful consideration of our case, and we look forward to seeing Oklahoma gay and lesbian couples who love each other and want their relationships recognized by their government [to take] part fully in that right," Mary Bishop and Sharon Baldwin, the couple challenging the state ban in court, said in a statement on Friday.

The appellate court stayed its ruling, pending an expected appeal.

Same-sex marriage advocates have won more than 20 court victories since the Supreme Court ruled on the matter last year. The legal landscape remains clouded, however.

On Friday, Colorado's Supreme Court ordered the Denver County clerk to stop issuing marriage licenses to same-sex couples, which she'd been doing for the past week.

The ruling didn't apply to Boulder and Pueblo counties, which have also been issuing licenses.

"The decision complicates the same-sex marriage debate in Colorado, which has seen a series of rulings by both federal and state courts on different cases and individual clerk and recorders interpreting rulings differently," notes KDVR, the Fox affiliate in Denver.