Accessibility links
Reports: Texas Gov. Perry To Deploy 1,000 National Guardsmen To Border : The Two-Way During an Iowa visit, Rick Perry said if the federal government did not act to curb the influx of immigrants along the southern U.S. border, he would take matters into his own hands. 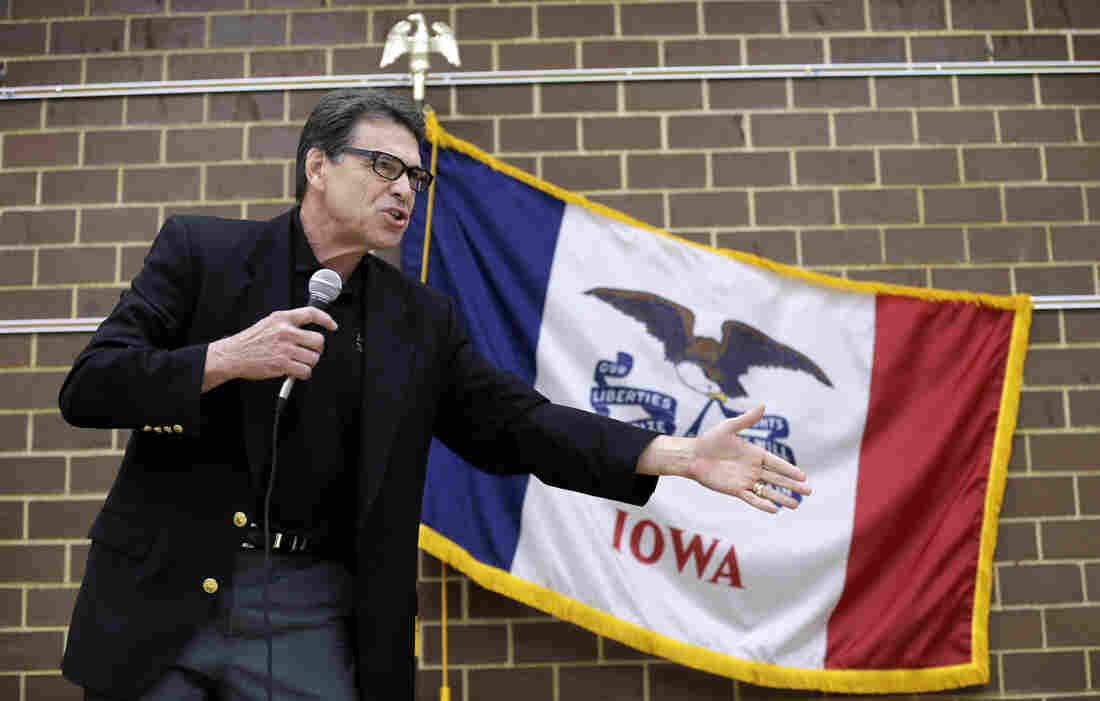 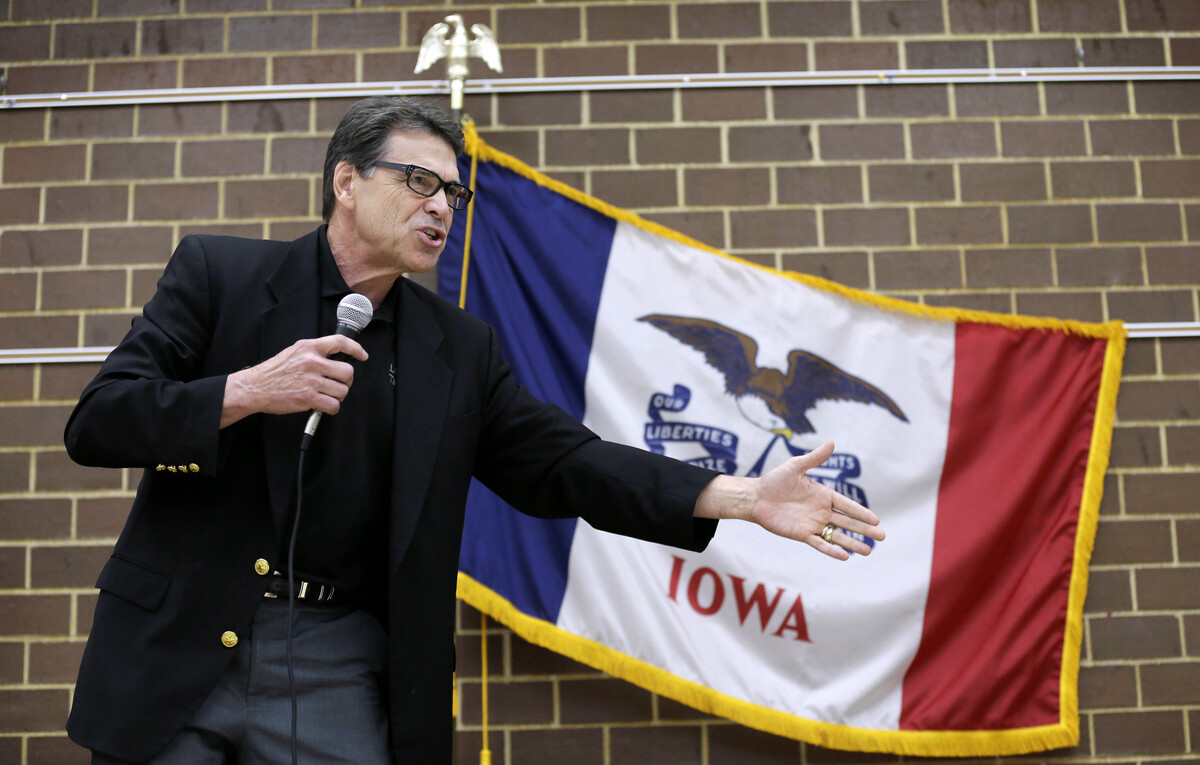 Texas Gov. Rick Perry is expected to announce on Monday that he is ordering 1,000 National Guard troops to the U.S. border with Mexico, according to reports from The Monitor and The Houston Chronicle.

The Monitor, a south Texas newspaper, reports that it received a memo that outlined the plan. The paper says the 1,000 troops would cost about $12 million per month.

"The memo was provided to The Monitor on the condition of anonymity because the information is not yet public.

"Troops are expected to enter the area gradually, building up to 1,000 after about a month, the memo said.

As we've been reporting, the U.S. border with Mexico has been flooded with unaccompanied minors. Over the past year, the number of minors crossing the border illegally more than doubled. President Obama has asked Congress for $3.7 billion in emergency funds to deal with the crisis.

The Chronicle quotes state Sen. Juan "Chuy" Hinojosa as saying that Perry briefed legislators representing the border region, before he made a formal announcement.

The paper also rounded up some of the reaction from across the state:

"'The children fleeing violence in Central America are seeking out Border Patrol agents. They are not trying to evade them. Why would Rick Perry send soldiers to confront these kids?' U.S. Rep. Joaquin Castro, D-San Antonio, said.

"Rep. Jeff Leach, R-Plano, took to social media with his reaction, tweeting: 'Glad to hear @GovernorPerry is calling up the National Guard to help secure the border and protect our state. Pray for our troops.'"

The Washington Post reports that Perry telegraphed his intention during a stop in Iowa on Sunday.

"If the federal government does not do its constitutional duty to secure the Southern border of the United States, the state of Texas will do it," Perry said.

The paper adds that sending the National Guard to the border has precedent:

"Obama sent the guard to the border in 2010 to support the Border Patrol. In 2006, Bush, in response to requests for support enforcing federal immigration laws from the governors of Arizona, California, New Mexico and Texas, sent some 6,000 National Guard troops to the Southern border for the same reason."

Meanwhile in Washington, President Obama will meet with the presidents of Guatemala, Honduras and El Salvador at the White House on Friday.

"The four leaders and Vice President Biden will discuss how to reinforce our ongoing collaboration to stem the flow of undocumented migrants from Central America to Mexico and the United States," the White House said in a statement. "This will include discussion of how the United States and Central American governments are cooperating to promote safe, legal, and orderly migration between our countries in a spirit of shared responsibility, including with respect to the return of family units, which began this week for all three countries."