Accessibility links
Train Carrying MH17 Victims' Remains Arrives In Government-Controlled City : The Two-Way Ukrainian officials said they hoped to fly the remains to the Netherlands for identification. Most of the passengers who died on the plane were Dutch. 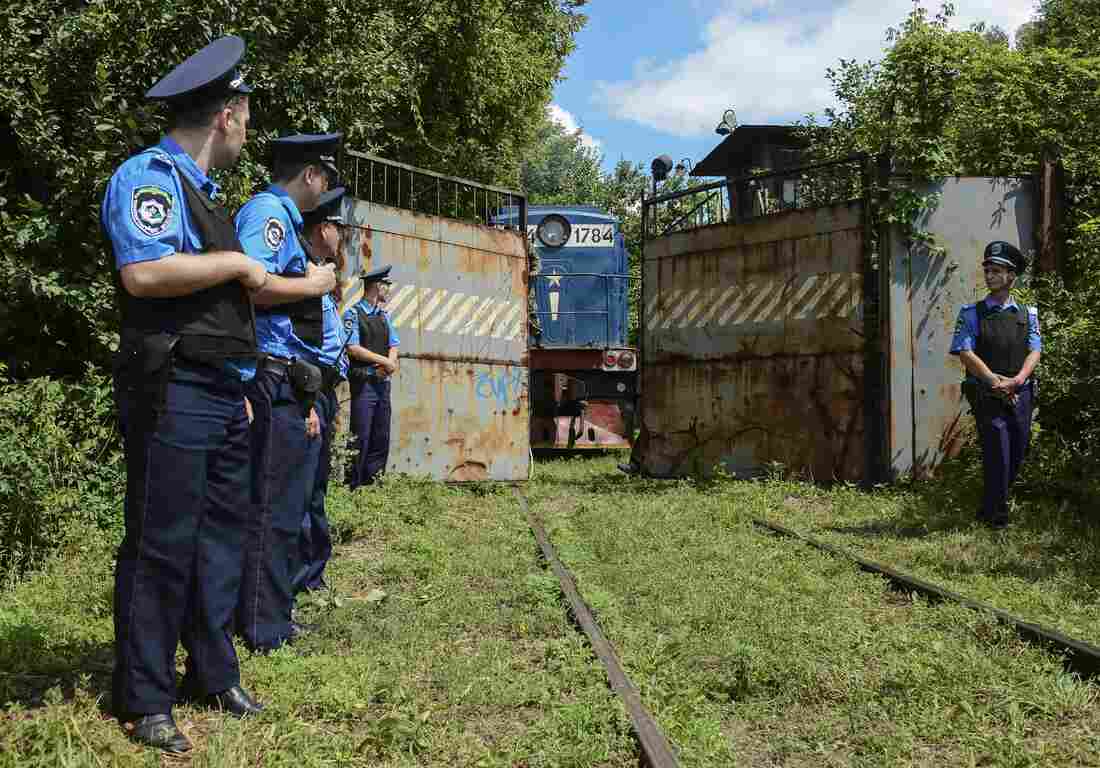 Police officers secure a refrigerated train loaded with bodies of the passengers of Malaysian Airlines flight MH17 as it arrives in a Kharkiv factory on Tuesday. Olga Ivashchenko/AP hide caption 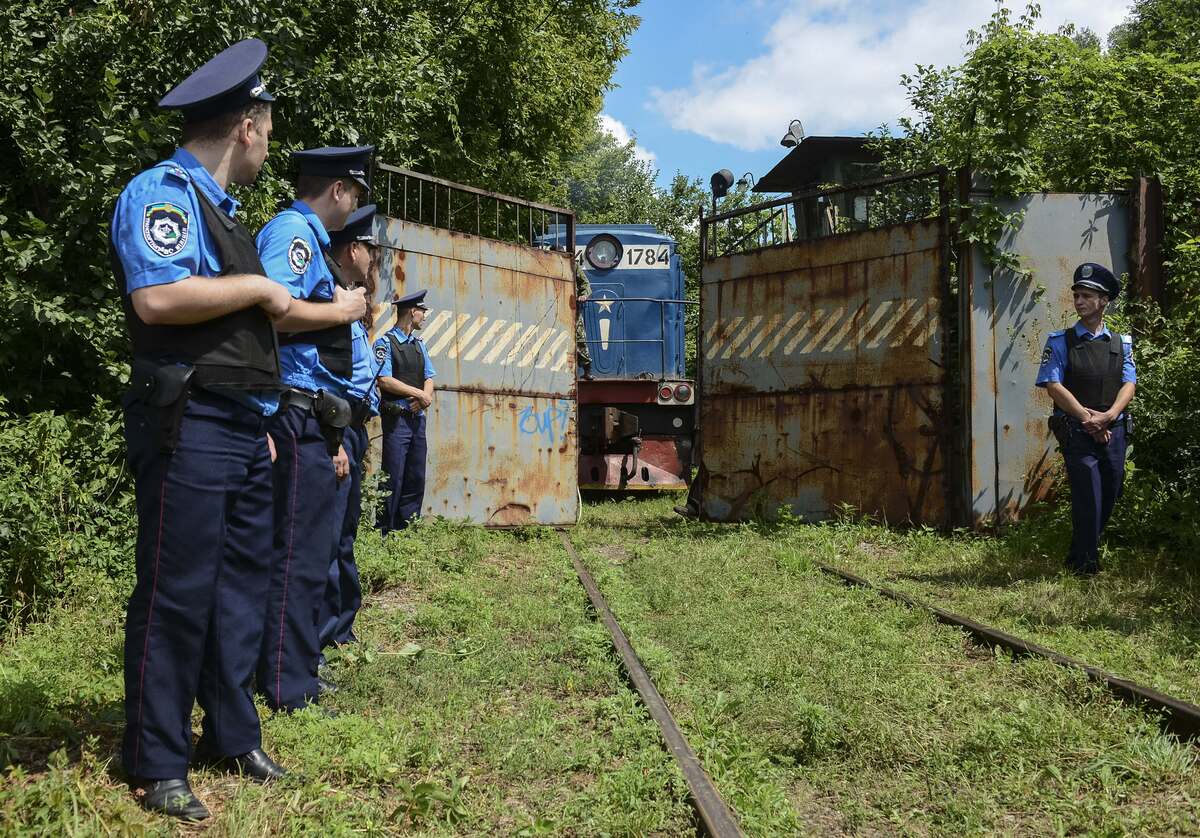 Police officers secure a refrigerated train loaded with bodies of the passengers of Malaysian Airlines flight MH17 as it arrives in a Kharkiv factory on Tuesday.

A refrigerated train carrying the remains of the people who died aboard the downed Malaysia Airlines plane arrived in Kharkiv, Ukraine, on Tuesday. That's a city controlled by the central government in Kiev and 17 hours away from the chaos of Hrabove, the eastern city controlled by pro-Russian separatists, where the debris and remains were scattered.

"Pushed by a diesel locomotive, five gray refrigerated wagons and a red passenger car crawled into the grounds of a decrepit Soviet-era tank factory shortly after noon, completing the first and most difficult stage of a long journey home for victims of the crash. ...

"The train was met by police forensic experts and other representatives of countries that had citizens on the doomed flight from Amsterdam to Kuala Lumpur, Malaysia. Security guards kept reporters outside the factory gates, and it was not immediately clear whether the bodies would be kept in Kharkiv for preliminary examination or swiftly transferred to a nearby airport for transport out of Ukraine."

As we reported, the transfer of most bodies happened after days of international wrangling and confusion over who was in charge of the accident scene in Ukraine.

By Monday afternoon, the Malaysian prime minister announced a deal with separatists leaders that would allow the train carrying the bodies to leave rebel territory. By the time early morning rolled around in Ukraine, separatists had also handed over flight data recorders in front of reporters.

Meanwhile, on the diplomatic front, European Union foreign ministers are meeting today to discuss whether to impose more sanctions on Russia, which the U.S. says supplied the missiles used to down the plane.

"The meeting in Brussels is thought likely to discuss expanding the list of Russian officials targeted by sanctions, but the EU has so far steered clear of targeting whole sectors of the Russian economy.

"Both the EU and the US imposed sanctions on Russia following its annexation of Crimea and the outbreak of hostilities in eastern Ukraine.

On Monday, the United Nations Security Council passed a resolution calling for unrestricted access to scene of the accident for investigators.

The measure was approved unanimously, with even Russia jumping aboard after the text was changed to say the aircraft was downed not shot down.