Accessibility links
Gaza Conflict Day 15: Here's What You Need To Know : The Two-Way During day 15 of the current conflict, Secretary of State John Kerry was in Cairo pressing for a truce modeled after the 2012 cease-fire, while Israel continued its offensive.

Gaza Conflict Day 15: Here's What You Need To Know

Gaza Conflict Day 15: Here's What You Need To Know 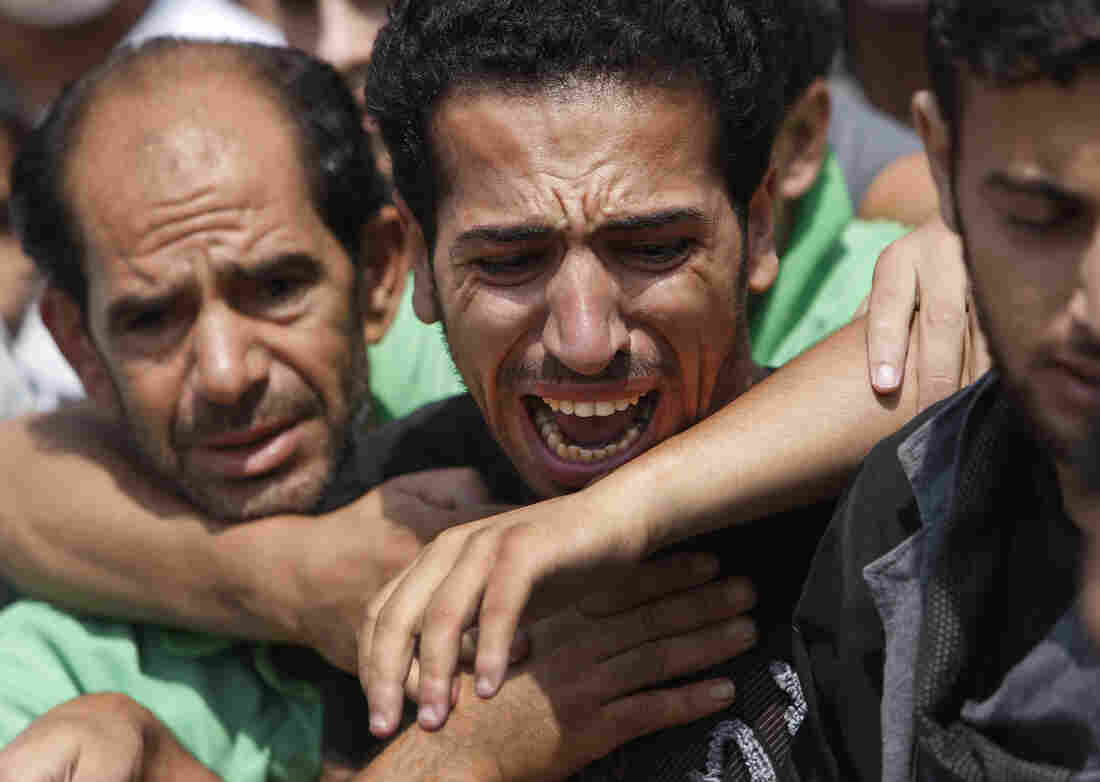 A relative bursts into tears in front of the bodies of seven members of the Kelani family, killed overnight by an Israeli strike in Gaza City. Lefteris Pitarakis/AP hide caption 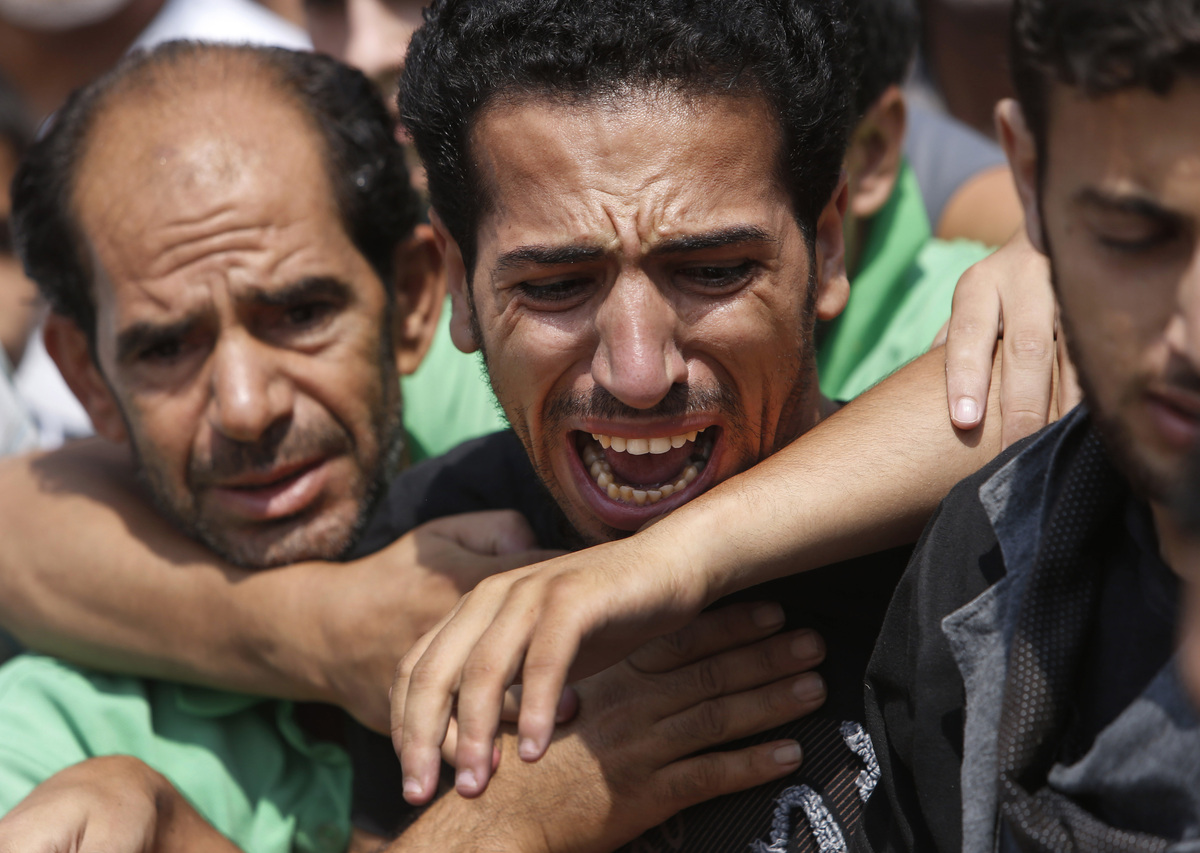 A relative bursts into tears in front of the bodies of seven members of the Kelani family, killed overnight by an Israeli strike in Gaza City.

As Israel's offensive against Hamas entered its 15th day, Secretary of State John Kerry was in Cairo pressing for a truce modeled after the 2012 cease-fire.

Still, the violence continued unabated with the death toll on both sides rising: More than 500 Palestinians and 25 Israeli soldiers and two Israeli civilians have been killed.

With that here's what you need to know:

-- Shortly after Delta and United cancelled flights to Tel Aviv, the FAA issued a ban on flights to Israel for 24 hours, after it received reports that a rocket landed a mile from the airport.

"Ban was traveling to the region to discuss [an] effort to reach a cease-fire between Israel and Hamas in the Gaza Strip," the Jerusalem Post reports.

-- Reuters quotes Justice Minister Tzipi Livni, the prime minister's most dovish cabinet member, saying "a ceasefire is not near."

"I see no light at the end of the tunnel," the wire service quotes her saying.

-- In Gaza City, USA Today reports that this Israeli offensive has "led many Palestinians to express their support for Hamas." The paper reports:

" 'We faced two Israeli wars before but this one is the most bloodiest and most cruel,' said Abu Awni, 38, of Gaza City. 'Civilians are attacked in their homes. I'm against Hamas, but when Israel is killing my family, then I will join Hamas.'

" 'The world must wake up and stop consuming Israeli propaganda,' he added. 'More than half of the population in Gaza is not affiliated with Hamas. But we have been collectively punished.' "

-- The Washington Post reports Israel says one of its soldiers is missing, but it is not known if he is dead or alive.

"The development," the paper reports, "could complicate diplomatic efforts underway to stop the conflict between Israel and Hamas as it enters its third week."

-- NPR's Emily Harris visited Al-Aqsa hospital in the middle of the Gaza Strip that was shelled yesterday.

"It's clear that more than one rocket or shell hit the hospital. Judging by the pattern of shrapnel gouges in the concrete and charr marks on the ceiling, it looked like at least two rooms on the fourth floor were directly hit. At least one missile traveled through three rooms, making a series of holes in walls. Other rooms had broken windows, broken beds. Supplies were on the floor, the ceiling lights were twisted. There had been shelling in the area — I could see a building close by was also hit. And it smelled different that the rest of the hospital," Emily reported. "On the ground floor, when we came in, someone was mopping and it smelled sort of soapy clean. Upstairs, as soon as we entered the hospital units that were damaged, it was a dusty, chalky kind of smell."

-- Correspondent Daniel Estrin tells our Newscast unit that the Israeli military says it has killed 10 militants today "who had infiltrated Israel through tunnels." Israel also said that militants fired at least a dozen rockets into Israel today. For the first time, one of those rockets landed in the Tel Aviv area.