Accessibility links
FAA Prohibits U.S. Airlines From Flying To Tel Aviv : The Two-Way The agency said commercial jets were banned from flying to Israel for 24 hours, after it received reports of a rocket strike close to the airport. Some international carriers also canceled flights. 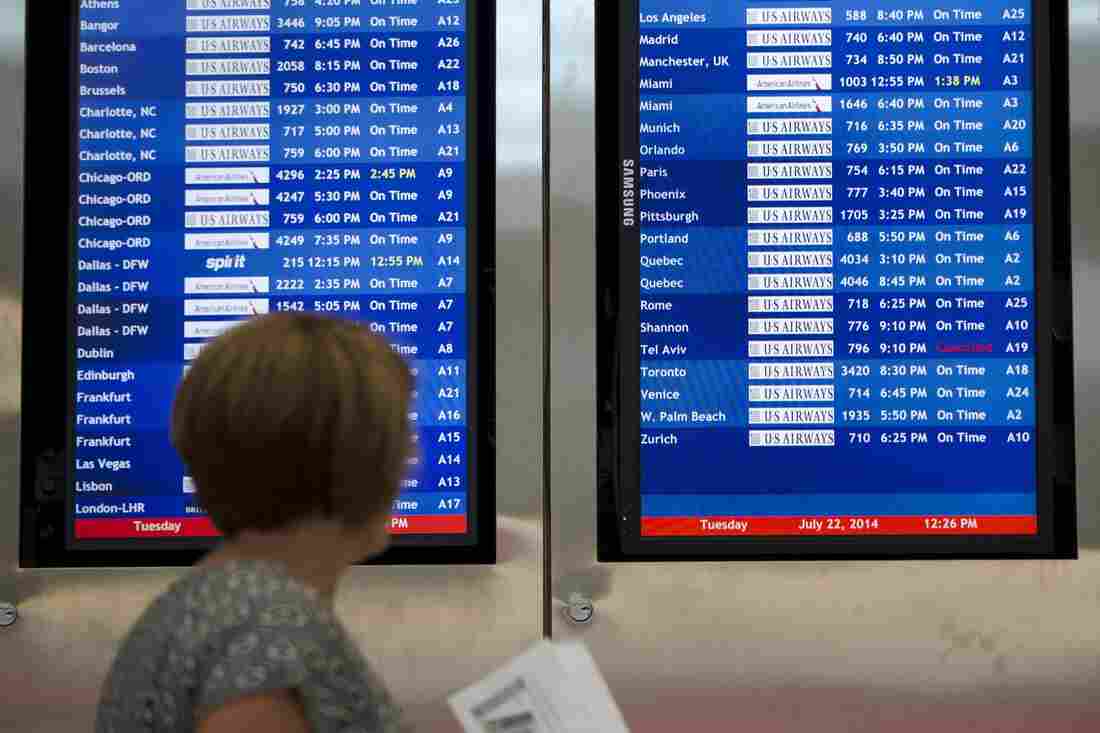 A woman passes by a departure board at Philadelphia International Airport showing that US Airways Flight 796 to Tel Aviv has been canceled Tuesday. Matt Rourke/AP hide caption 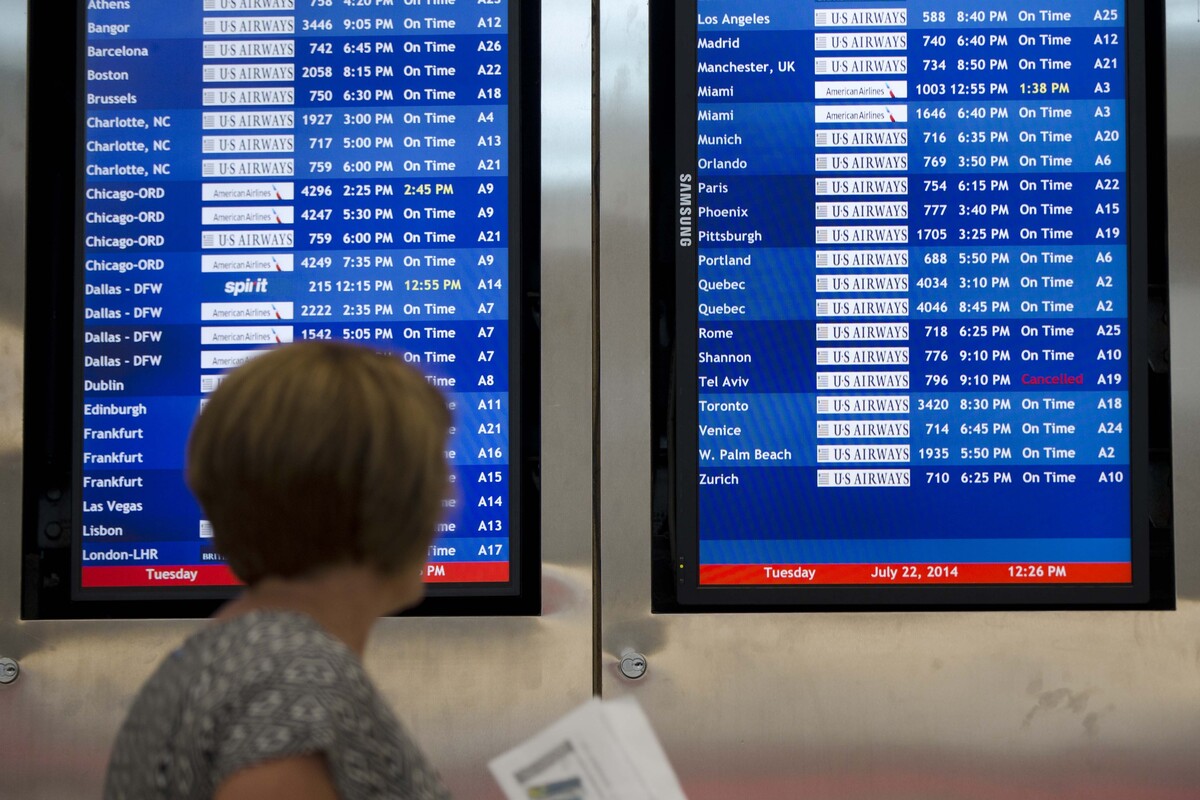 A woman passes by a departure board at Philadelphia International Airport showing that US Airways Flight 796 to Tel Aviv has been canceled Tuesday.

The Federal Aviation Administration has issued a 24-hour ban on flights to and from the Tel Aviv airport.

"The notice was issued in response to a rocket strike which landed approximately one mile from Ben Gurion International Airport on the morning of July 22, 2014," the FAA said in a statement.

As we reported earlier, some American carriers had already started canceling flights to and from Israel. Delta said one flight — traveling from JFK this morning with 273 passengers — was diverted to Paris-Charles de Gaulle after the airline received news of the rocket strike.

"The safety of our passengers and crew is American's top priority," American Airlines said in a statement. "We have cancelled US Airways Flight 797 from Tel Aviv (TLV) to Philadelphia (PHL) and Flight 796 from PHL to TLV for July 22 in response to security concerns at TLV. "

United Airlines said it was suspending its flights "until further notice."

Former New York Mayor Mike Bloomberg says he will fly to Tel Aviv on Israeli Airlines Tuesday night "to show solidarity with the Israeli people and to demonstrate that it is safe to fly in and out of Israel."

This evening I will be flying on El Al to Tel Aviv to demonstrate that it is safe to fly in and out of Israel http://t.co/PidYBeCk9U

In a statement on his website, Bloomberg says the FAA flight restrictions are "a mistake that hands Hamas an undeserved victory and should be lifted immediately."

The Associated Press reports that Germany and France's largest airlines — Lufthansa and Air France — say they are also suspending flights to Tel Aviv.

"Lufthansa said Tuesday evening that it was suspending all Tel Aviv flights for 36 hours, including those operated by subsidiaries Germanwings, Austrian Airlines and Swiss. The company says it made the decision as a precaution to protect the safety of its passengers and crews."