Accessibility links
Gaza Conflict Day 17: Here's What You Need To Know : The Two-Way For the first time since Tuesday, the Federal Aviation Administration is allowing flights to Israel. The death toll in Gaza has now surpassed 700. 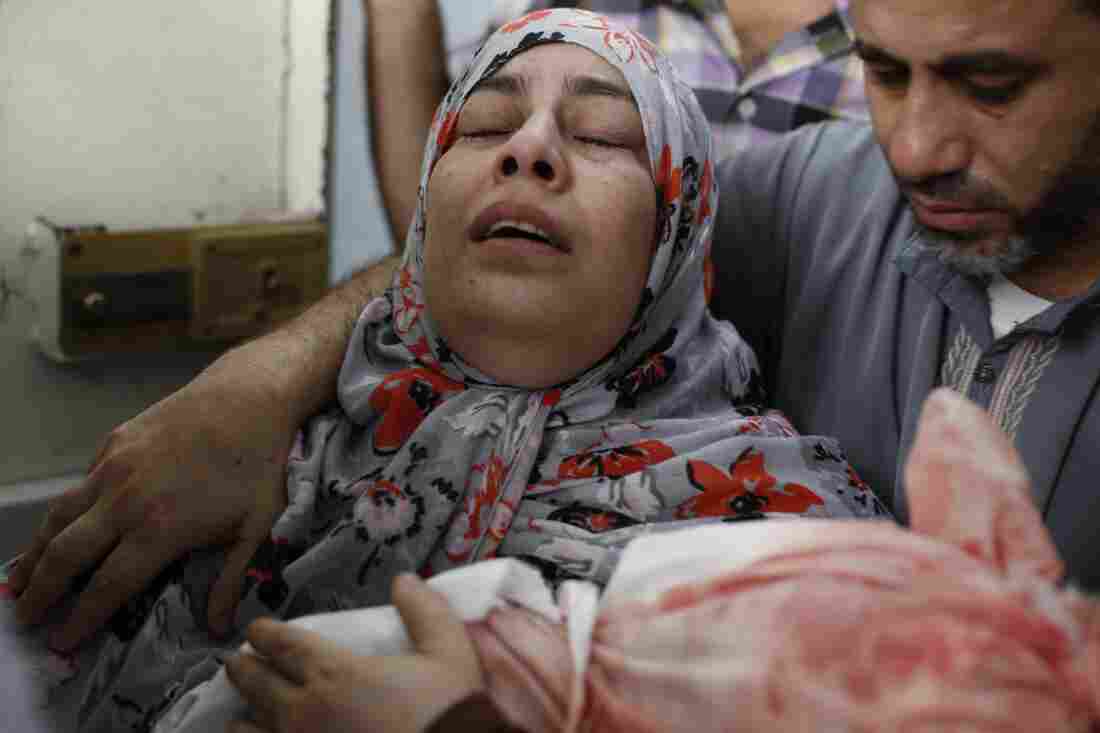 The grief-stricken Palestinian mother of 1-year-old Abdulrahamn Abed al-Nabi carries his body after he was killed in an Israeli military strike along with their cousin, 3-year-old Hadi Abed al-Nabi. Mohammed Abed/AFP/Getty Images hide caption 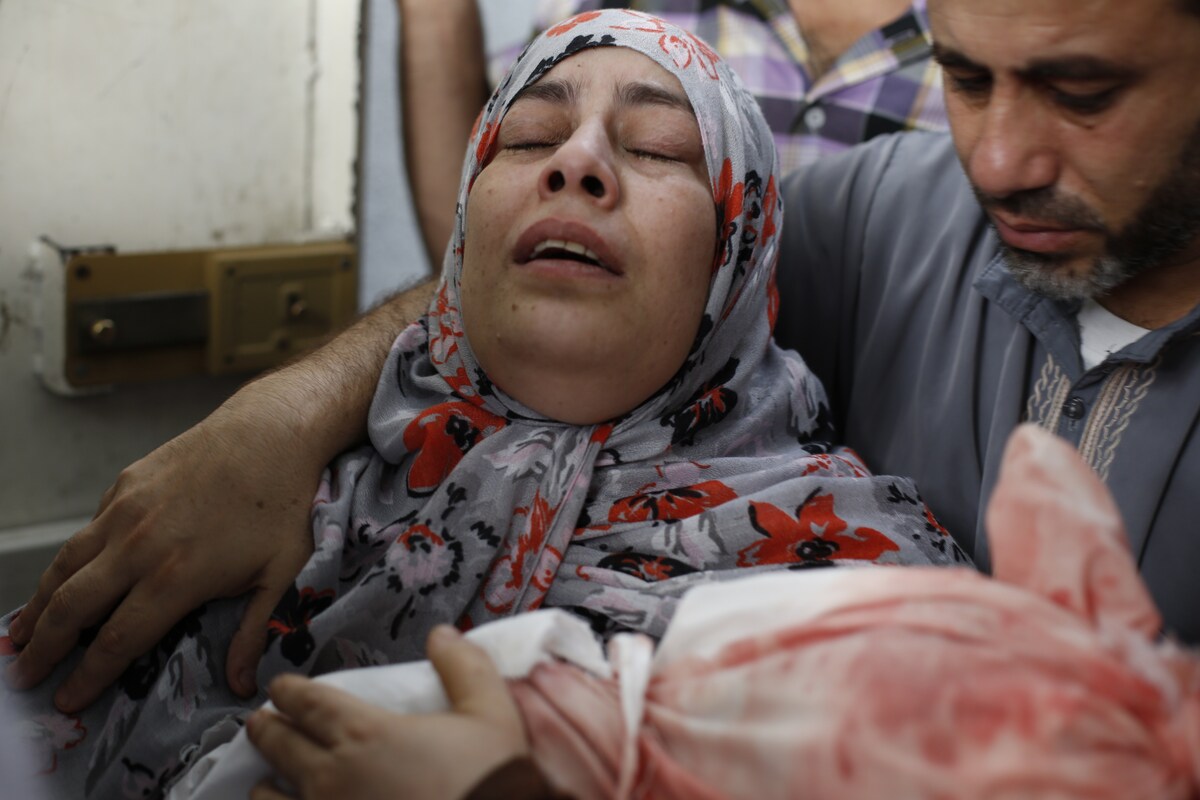 The grief-stricken Palestinian mother of 1-year-old Abdulrahamn Abed al-Nabi carries his body after he was killed in an Israeli military strike along with their cousin, 3-year-old Hadi Abed al-Nabi.

The Federal Aviation Administration is now allowing American flights in and out Israel.

If you remember, the FAA banned flights to Ben Gurion Airport on Tuesday, after a rocket landed about a mile from the airport.

"Before making this decision, the FAA worked with its U.S. government counterparts to assess the security situation in Israel and carefully reviewed both significant new information and measures the Government of Israel is taking to mitigate potential risks to civil aviation," the agency said in a statement late Wednesday.

With that, here's what you need to know as the conflict in Gaza goes into day 17:

-- A school in Gaza's Beit Hanoun run by the United Nations was hit by artillery, killing at least 15 people and wounding dozens more.

-- At least 797 Palestinians have been killed and more than 5,100 wounded since the fighting began, a spokesman for the Gaza health ministry, Ashraf al-Kidra, says. Israel has lost 32 soldiers and three civilians. The number of Palestinian dead does not include any killed today in the shelling of school in Beit Hanoun.

-- NPR's Michele Kelemen reports Secretary of State John Kerry, who is trying to broker a cease-fire, is back in Cairo where he will base himself until at least Friday morning.

Over the past few hours, the State Department says, Kerry has spoken with the foreign ministers of Qatar, Turkey and Norway. He also spoke with Israeli Prime Minister Benjamin Netanyahu.

Still, a cease-fire does not appear imminent.

"Israeli tanks and warplanes bombarded the Gaza Strip, as Hamas militants stuck to their demand for the lifting of an Israeli and Egyptian blockade amid U.S. efforts to reach a cease-fire.

"The lifting of the joint Israeli-Egyptian blockade on Gaza is a key condition for Hamas accepting a cease-fire. A cease-fire proposal proposed by the Egyptians last week failed because it did not contain this clause, and Hamas said they were not even consulted on the terms of the deal."

-- As we reported, Deputy National Security Adviser Tony Blinken said Gaza should be demilitarized as part of a truce.

Business Week reports Hamas has rejected that notion. They report:

"Hamas leader [Khaled Mashal], who spoke at a press conference in Qatar, said the group won't disarm or settle for any accord short of the lifting of the embargo on Gaza. He said Hamas's fighters have 'destroyed the idea that the Israeli army is invincible.'"