Accessibility links
Central American Presidents Say U.S. Shares Responsibility For Migration Crisis : The Two-Way The presidents of Honduras and Guatemala also called for more aggressive cooperation with the U.S. to curb the violence and poverty they say is driving child migrants to the U.S. 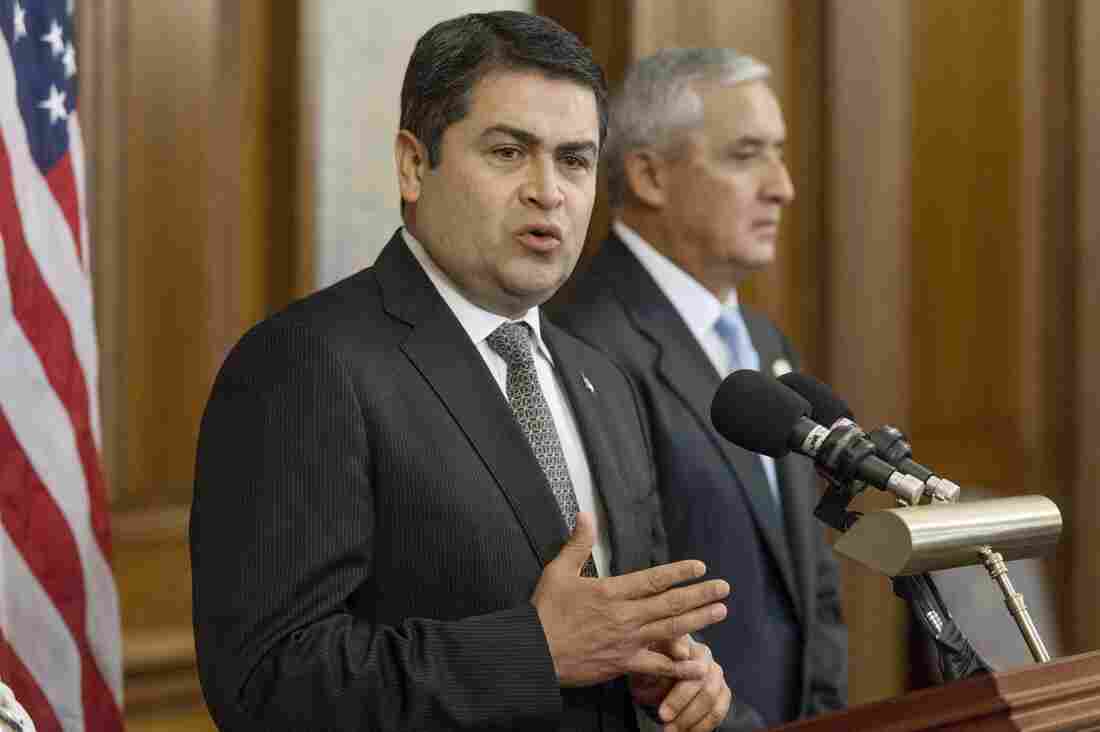 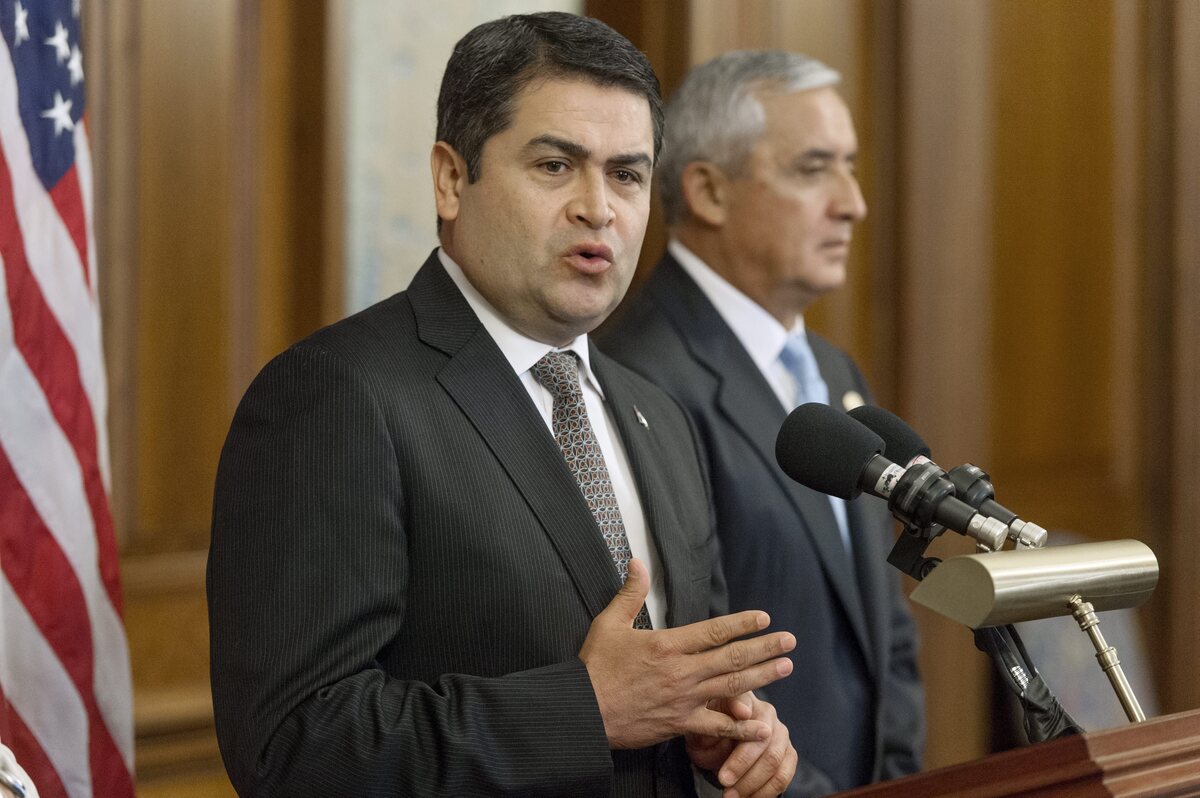 The presidents of Honduras, Guatemala and El Salvador will meet with President Obama on Friday.

But before the meeting, the heads of state are making the rounds in Washington, telling their side of an immigration crisis that has driven tens of thousands of unaccompanied children to the U.S. border.

During a forum hosted by the Center for Strategic and International Studies in Washington on Thursday, the presidents of Honduras and Guatemala said the U.S. shares responsibility for the crisis and they also called for more aggressive cooperation with the U.S. to curb the violence and poverty they say is driving the large number of child migrants to the U.S.

"I'd appeal to the heart of Americans," Honduran President Juan Orlando Hernández said. "That they see this as a humanitarian issue, as an issue of neighbors."

Hernández and Guatemalan President Otto Pérez Molina blamed violence — Honduras has become the murder capital of the world — and poverty for the sudden exodus of migrants from their countries.

Molina said the situation is a tragedy that "all of humanity should reflect on."

Then, he took the long view. He said that with Plan Colombia and the Merida Initiative, the U.S. has helped combat violence in Colombia and Mexico, but, he argued that as the countries pushed the violence of organized crime out, they have squeezed it into Central America.

"What has been good for Colombia and Mexico," Molina said, "has been bad for us."

Both presidents called on a new, regional initiative from the U.S. modeled on Plan Colombia and the Merida Initiative, which pumped billions of dollars into the countries to fight organized crime.

Hernandez called the Central America Regional Security Initiative, a similar kind of program that has handed out $642 million since 2008, "almost a joke."

Of course, the great, big question hanging in the room was: What are these countries doing on their own to address these issues.

"We are not shirking our responsibility," Hernández said. He added that Honduras was bringing to justice corrupt police officers, judges and prosecutors. Over the past weeks, he said, they had arrested 12 coyotes, or human smugglers.

Molina said Guatemala had, in the past year, reduced the homicide rate significantly.

And Hernández added that the flow of unaccompanied minors into the United States had already been significantly curbed in the past weeks.

"We're dealing with the problem, even with our limited means," Hernandez said. "But with the level of complexity of the problem... we can't do it alone."

Hernández said the problem of human smugglers telling families in Honduras that they could stay in the U.S. if they make it past the border is just "one face of one enormous monster."

The rest of the monster, he said, is the drug trade, which the U.S. drives with its vast consumption.

"That monster," Hernandez said, "has one foot in Central America and one foot in the U.S."