Accessibility links
Gaza Conflict: What To Know For Friday : The Two-Way The fighting has claimed the lives of nearly 850 Palestinians, including those killed at a U.N. school Thursday. Israel had lost 32 soldiers and three civilians.

Gaza Conflict: What To Know For Friday

Gaza Conflict: What To Know For Friday 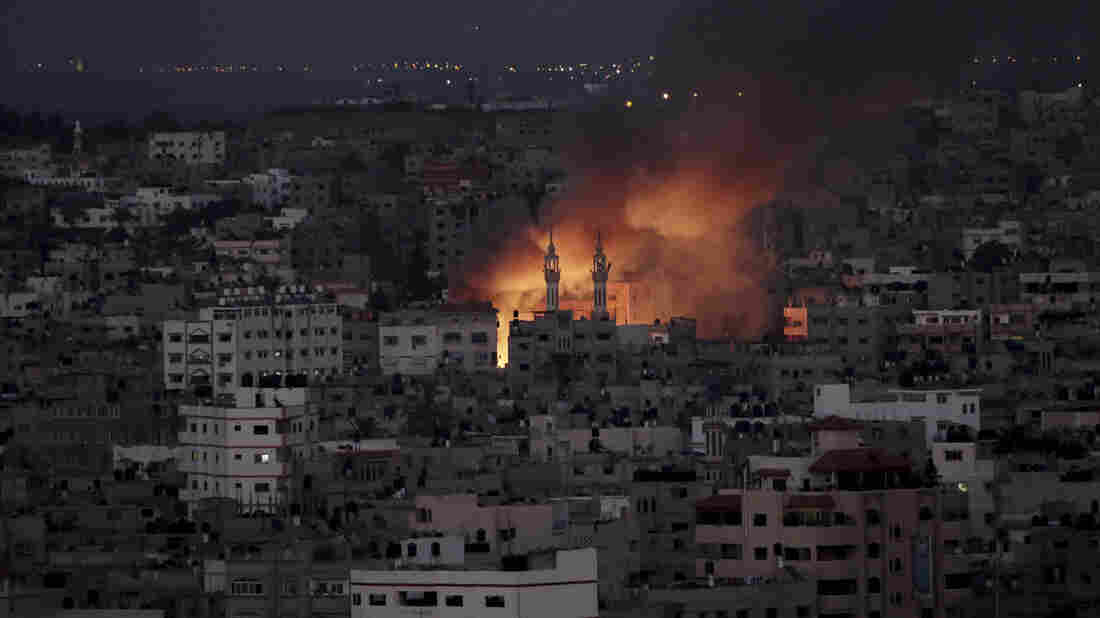 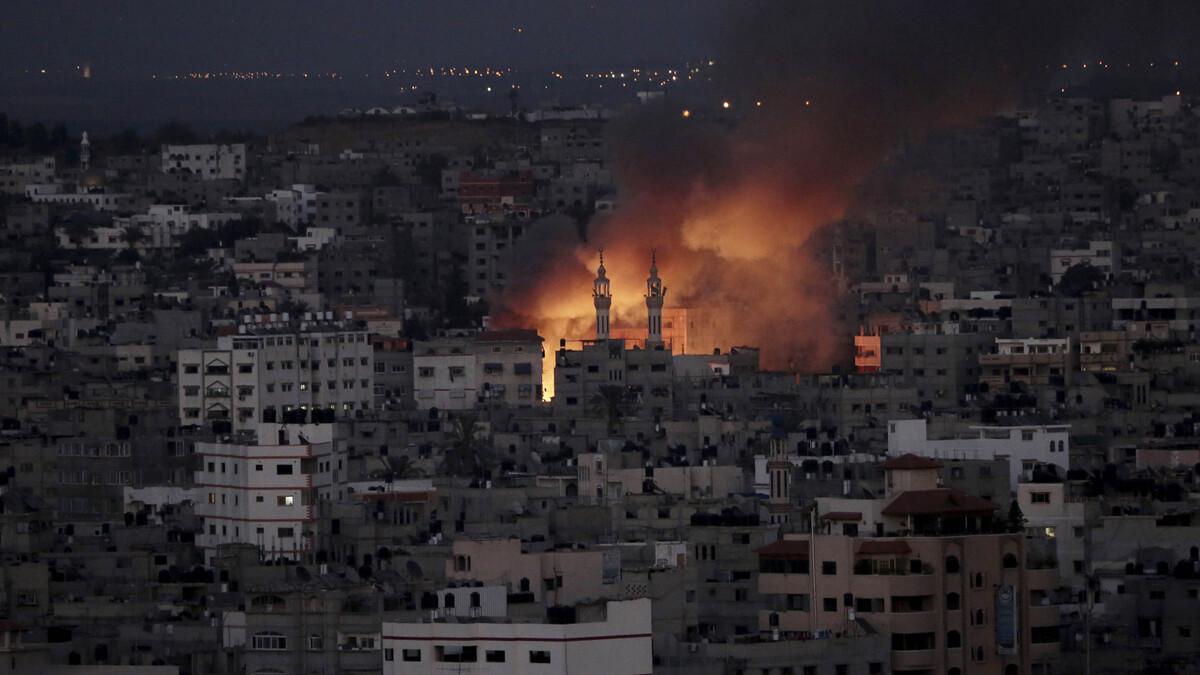 Smoke and flames from an Israeli strike rise over Gaza City on Thursday.

As the conflict between Israel and Gaza approaches the three-week mark, the fighting seems to have only intensified. At least 119 Palestinians were killed Thursday, making it the bloodiest day of the war.

Secretary of State John Kerry is in Cairo and has handed over a proposal for a seven-day truce. At a news briefing later, Kerry dismissed reports that the proposal had been rebuffed by Israel's Security Cabinet, saying they were "mischievous leaks."

David Estrin, reporting for NPR from Jerusalem, says the death toll has risen to nearly 850 in Gaza, according to Gazan health ministry officials. Israel says 32 soldiers and three civilians have been killed in the 18-day offensive it launched in response to cross-border rocket attacks by Hamas.

Meanwhile, seven Palestinians were killed in the Israeli-occupied West Bank city of Hebron and three separate villages during protests over the fighting in Gaza that led to clashes with Israeli security forces, according to the Palestinian news agency Wafa.

While the war is unfolding between Israel and Hamas, the Palestinian Authority, based in the West Bank, is also involved in efforts to end the fighting. The Palestine Liberation Organization's diplomatic representative to the U.S., Maen Areikat, spoke with NPR's Robert Siegel about the causes of the conflict and the possible consequences of a cease-fire.

Areikat said it is difficult to talk about an end result to the conflict, such as disarming factions in Gaza and preventing attacks, "without really addressing the political issues that have led to this confrontation in the first place."

As we reported, a U.N.-run school sheltering civilians in Gaza was hit with several explosions Thursday, killing more than a dozen people. Israel Defense Forces said in a statement that Hamas had fired rockets from the area and that Wednesday night IDF told the Red Cross to evacuate civilians. The U.N. Relief and Works Agency, or UNRWA, and the Red Cross "received the message," according to the statement.

However, UNRWA Commissioner General Pierre Krahenbuhl wrote in a statement that the agency "had been attempting to negotiate with the Israeli Defence Forces a pause in the fighting" in order to move civilians and staff. "Approval for that never came to UNRWA," he said.

NPR's Emily Harris reported on the chaos at a nearby hospital following the explosions at the school.

"This is wrong," Ban said. "Why are you continuing to kill people?

"There are many other ways to resolve this issue without killing each other," Ban said. "I'm angry about what they are doing."

Close to 800 Palestinians have been killed so far in the conflict , according to a Gaza health official. Going into Friday, Israel had lost 32 soldiers, as well as two civilians; a Thai worker in Israel was also killed by rocket or mortar fire.