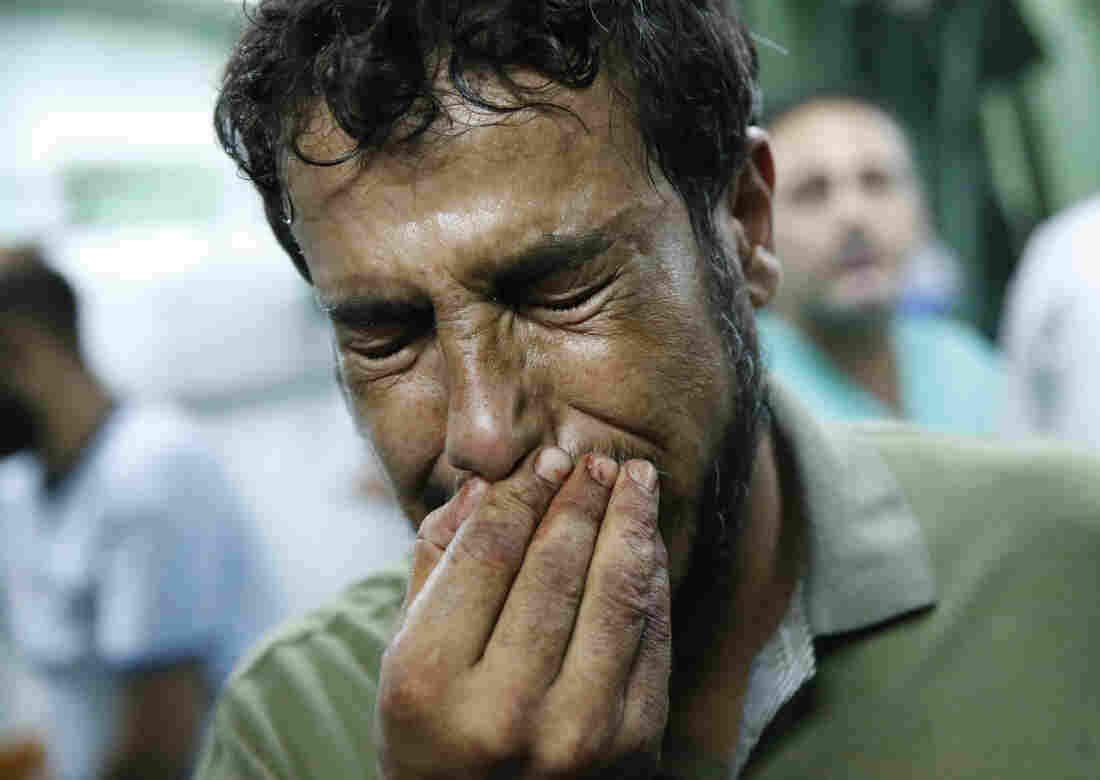 A Palestinian man cries after bringing a child, wounded in a strike on a compound housing a U.N. school, to the emergency room of the Kamal Adwan hospital in the Gaza Strip on Thursday. Lefteris Pitarakis/AP hide caption 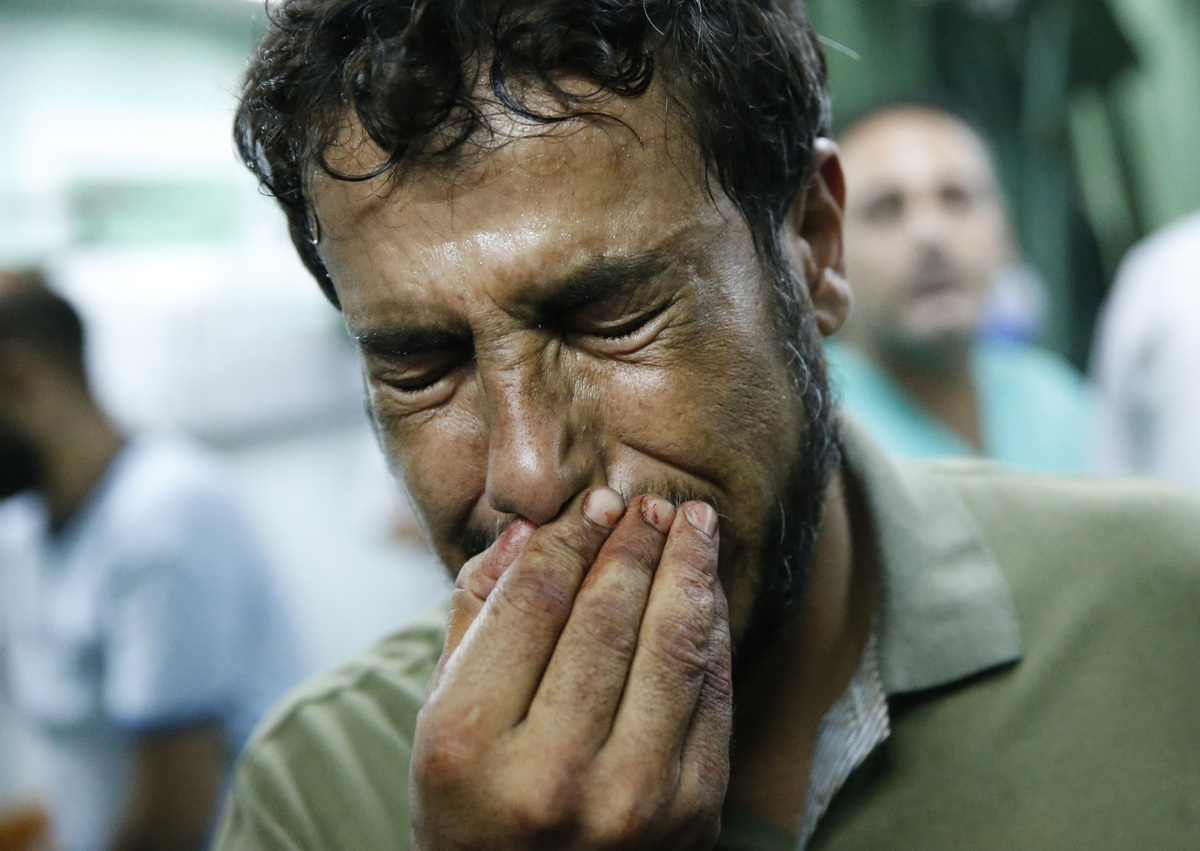 A Palestinian man cries after bringing a child, wounded in a strike on a compound housing a U.N. school, to the emergency room of the Kamal Adwan hospital in the Gaza Strip on Thursday.

U.S. Secretary of State John Kerry called reports that Israel's government had rejected a U.S. truce in Gaza "a mischievous leak" and said he's confident a deal can be reached.

Referring to earlier reports by Israeli TV that a seven-day cease-fire had been unanimously rejected, Kerry, speaking at a news conference in Cairo, said Prime Minister Benjamin Netanyahu had assured him that the report is "an error and inaccurate.

"They may have rejected some language or suggestion, but there was no formal proposal submitted by me on which a vote was ripe," he said.

"There's always mischief from people who oppose things. So, I consider that a mischievous leak," Kerry said.

"We still have terminology to work through," Kerry said, "but we are confident that we have a fundamental framework that will ultimately work."

He referred to "the agony of the events on the ground in Gaza, the West Bank and Israel."

The BBC reports: "Just after Mr Kerry spoke to reporters, the Israeli defence minister's office issued a statement in which he was quoted as telling soldiers in the field: 'You need to be ready for the possibility that very soon we will instruct the military to significantly broaden the ground operation in Gaza.' "

NPR's Michele Kelemen reports that while Kerry dismissed reports that a deal had fallen apart, it was still far from the agreement he'd wanted to announce "at the end of a very long week of phone calls and meetings all over the region."

"In the end, all he said was that Prime Minister Netanyahu called him saying that he might be willing, as a good-faith effort, to have a 12-hour humanitarian cease-fire to honor the Muslim holiday of Eid," which ends Ramadan.

Kerry "claims there's been progress" on a broader seven-day truce, "but he wasn't able to say what that was," Michele says.

The Jerusalem Post, citing an unnamed U.S. official, reports that Netanyahu had told Kerry that Israel would honor a 12-hour truce beginning at 7 a.m. Israeli time (midnight ET), but there was no independent confirmation of the report.

Earlier, NPR's Soraya Sarhaddi Nelson told Morning Edition that the outline of the temporary truce was to involve stopping the fighting while still allowing Israeli troops to hold their ground and continue destroying Hamas tunnels leading into Israel.

"It was not clear if the final plan would be endorsed by Hamas, the militant group that controls Gaza, or by the Israeli cabinet.

"Hamas's political leader, Khaled Meshal, has stated that he would not accept an enduring cease-fire until his demands were met, including the lifting of an economic blockade on Gaza. But Mr. Meshal called Wednesday for a humanitarian truce to allow relief aid to reach Gaza, and the proposed start of the seven-day truce is intended to coincide with the Muslim feast of Eid al-Fitr, which signals the end of Ramadan. The Israeli cabinet was expected to discuss the plan on Friday afternoon, Israel's Haaretz newspaper reported."

The Washington Post reports the deal is "backed by United Nations and is the product of U.N., U.S., and Egyptian negotiators, with Turkey and Qatar acting as go-betweens with Hamas."

Quoting "people familiar" with the proposal, the paper reports the cease-fire may include "unspecified incentives to Hamas, including release of a small number of Palestinian prisoners held by Israel and partial payment of suspended government salaries in Gaza, perhaps by Qatar."

Meanwhile, the new peace proposal has not dampened the fighting. NPR's Emily Harris tells us the death toll in Gaza has now gone up to 815. Thirty-five Israelis have been killed.