Accessibility links
Australia Sending 190 Police To Secure MH17 Wreckage : The Two-Way The Netherlands, which lost 193 of its citizens in the shoot-down of the Malaysia Airlines flight, is also negotiating to send 40 unarmed police to the site in eastern Ukraine. 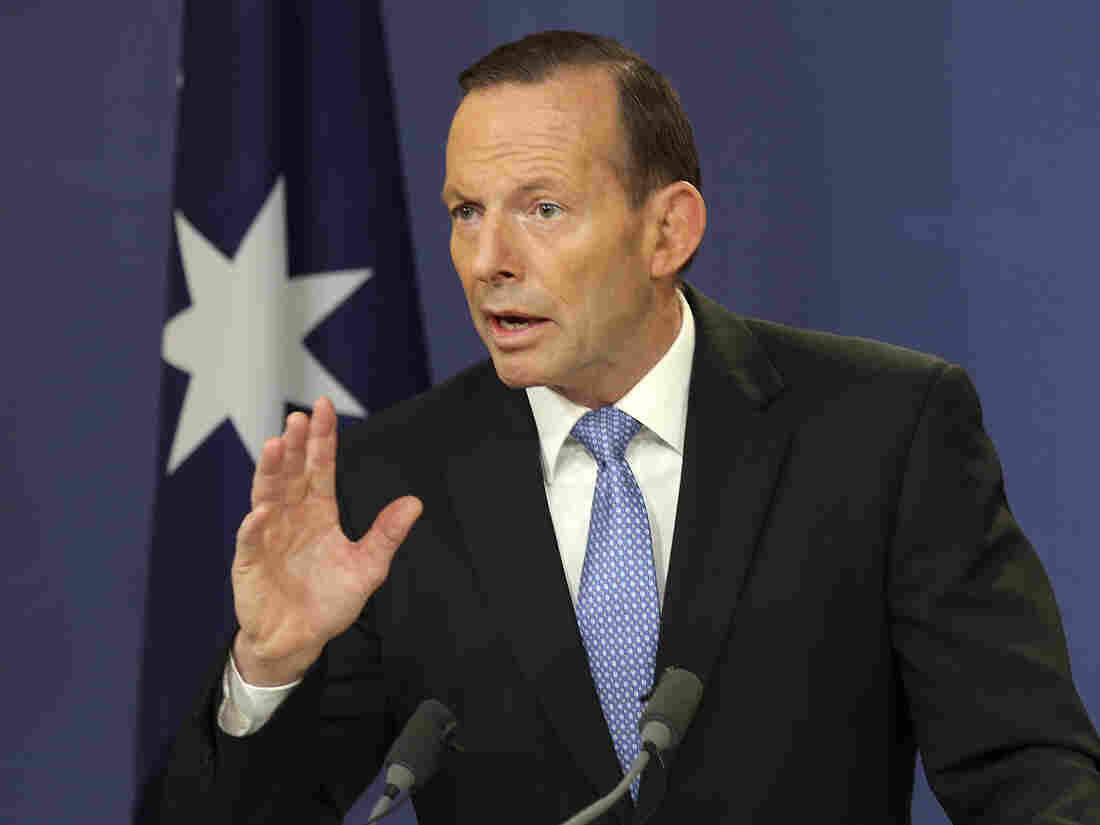 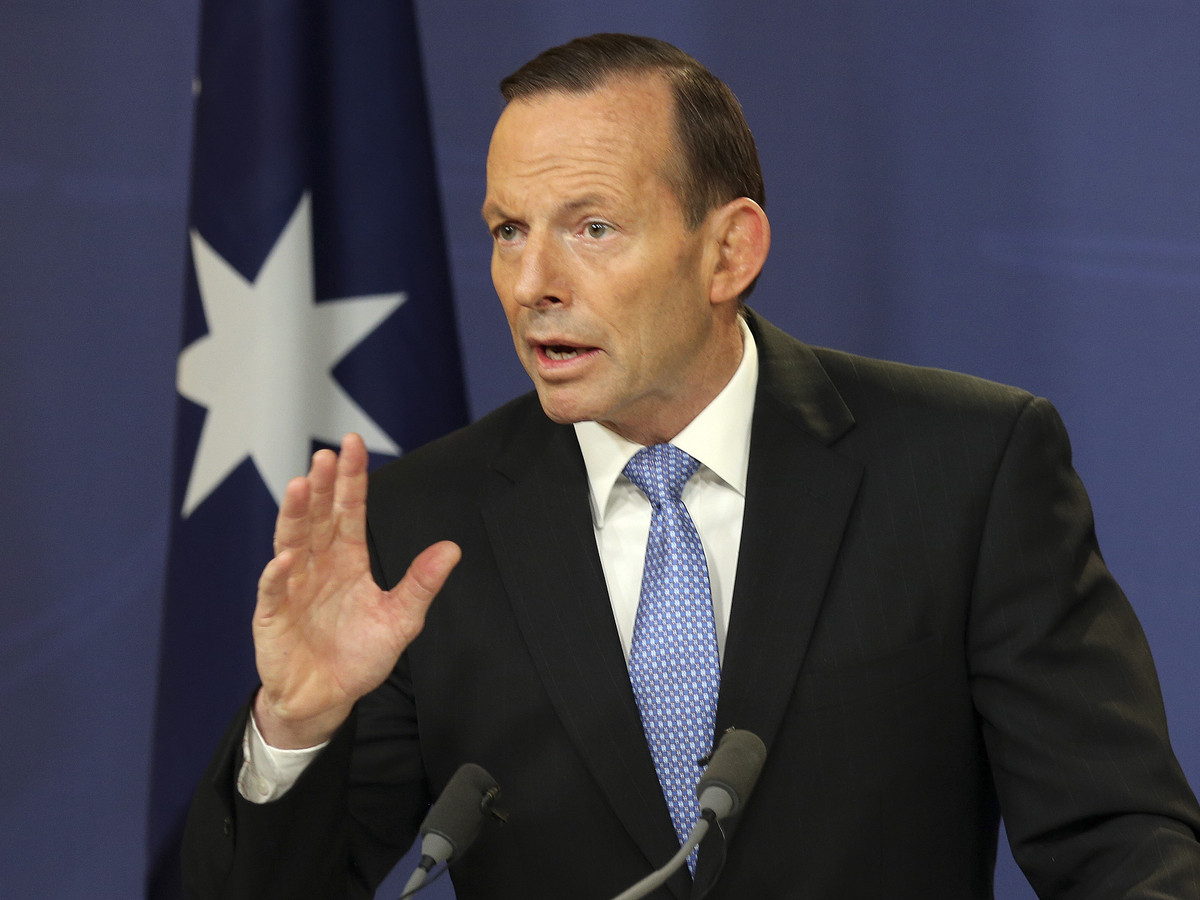 Australian Prime Minister Tony Abbott speaks during a news conference in Sydney last week. Abbott has announced the deployment of 190 police to help secure the MH17 wreckage site, where 37 Australians were killed.

The Netherlands and Australia — countries that lost large numbers of citizens in last week's downing of Flight MH17 — are planning to send police to eastern Ukraine to help secure the debris field there.

NPR's Corey Flintoff, reporting from the site of the downed Malaysian airliner in Donetsk, says Australian Prime Minister Tony Abbott is close to a deal that would allow dozens of police to guard the wreckage site. Corey says the Netherlands, which lost 193 of its citizens on MH17, is also negotiating to send unarmed police to the approximately 20-square-mile site.

Dutch Prime Minister Mark Rutte said Thursday that he would send 40 unarmed military police to eastern Ukraine "to investigate the crash and seek the remaining victims," the BBC says.

Abbott ordered a further 100 Australian Federal Police to the wreckage site, where 37 Australians died in last Wednesday's shoot-down of the plane by a surface-to-air missile. Some 90 AFP were sent earlier, according to The Sydney Morning Herald.

"The group of 100 will be pre-deployed to the Netherlands and Mr Abbott said a small number of ADF (Australian Defence Force) members would travel with the group.

"Mr Abbott said Australia was close to finalising an agreement with Ukraine for the deployment of police to assist in the investigation around MH-17 and to secure the crash site.

"He stressed that the Australian deployment had 'one purpose and one purpose only' which was to 'bring our people home.'

"Mr Abbott said Australia had no desire to get involved in European politics.

"'All we want to do is claim our dead and to bring them back."'

Meanwhile, The Associated Press reports that stiffer sanctions imposed on Moscow in the wake of the shooting down of the jetliner, blamed on Russian-backed separatists, is causing consternation.

"Throughout the Ukrainian crisis, U.S. and European sanctions had mainly targeted a handful of individuals, sparing economic ties. Then last week the U.S. imposed penalties on some of Russia's largest corporations. And when the airliner was shot down just a day later in Ukraine, allegedly by separatists with Moscow's support, concern grew in Russia that the sanctions would only get worse as President Vladimir Putin shows little sign of cooperation.

"Reinforcing those concerns, the European Union said Friday it is planning newer, tougher penalties on businesses.

"'Over the past few months, there was a sense that Mr. Putin acted decisively, forcefully, and correctly, and that everybody else in the world would accommodate themselves to that reality and we'd get back to something like business as usual,' said Bernard Sucher, a Moscow-based entrepreneur and board member of Aton, an independent investment bank. 'Now we're talking about real fear.' "