Accessibility links
12-Hour Cease-Fire Begins In Gaza : The Two-Way The truce will allow Palestinian civilians to get food and aid where it's needed, officials say. 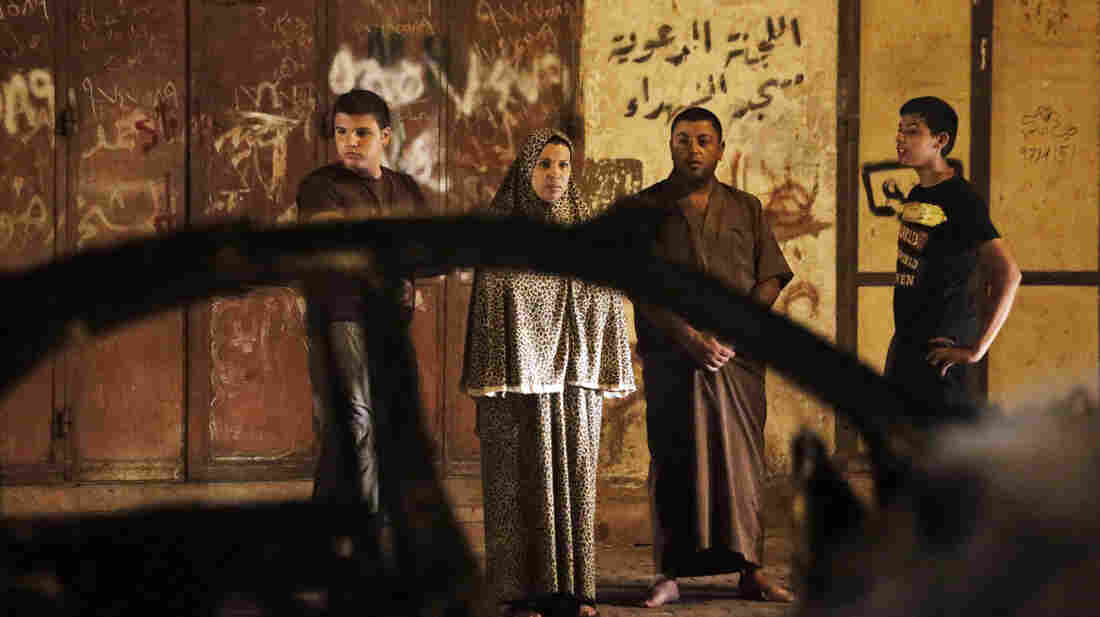 Palestinian residents look at the wreckage of a vehicle, destroyed by an Israeli strike, after Palestinian fire fighters put out the fire, in Gaza City, early Saturday. Lefteris Pitarakis/AP hide caption 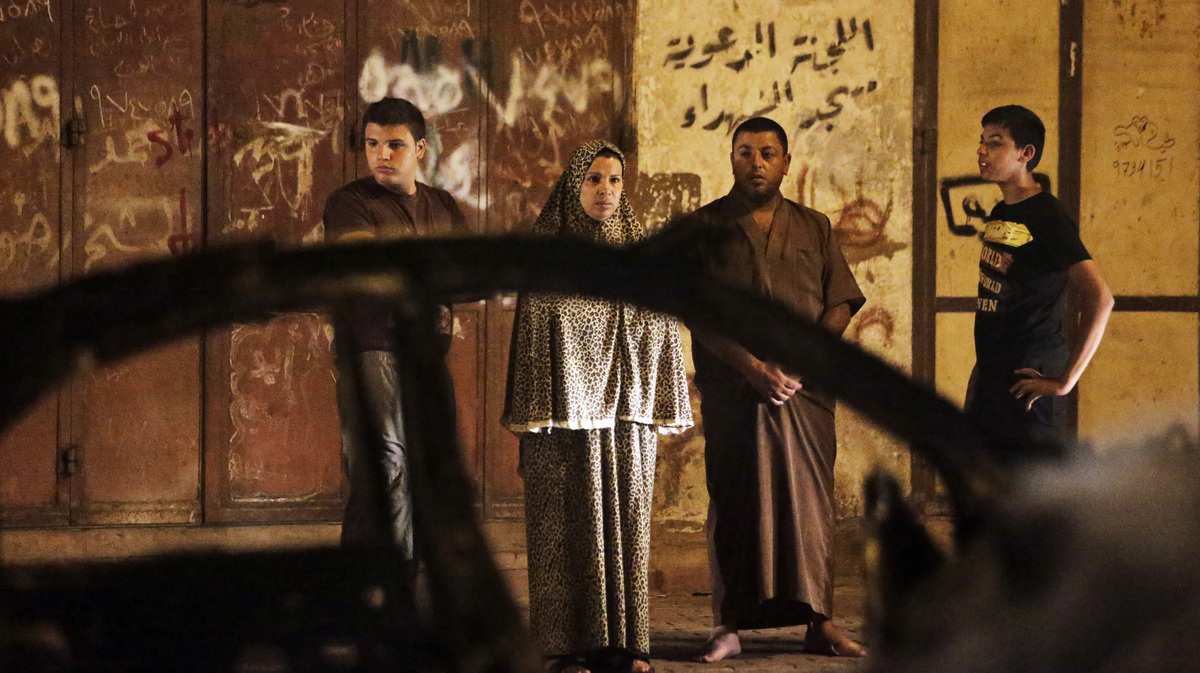 Palestinian residents look at the wreckage of a vehicle, destroyed by an Israeli strike, after Palestinian fire fighters put out the fire, in Gaza City, early Saturday.

A humanitarian cease-fire went into effect on Saturday, a plan agreed to hours earlier by Hamas and Israeli leaders. The truce would allow Palestinian civilians to get food and aid where it's needed, and would last for 12 hours, officials say.

The Associated Press reported that the Israeli military warned that it "shall respond if terrorists choose to exploit" the lull to attack Israeli troops or civilians.

News of the truce came after prolonged U.S. attempts on Friday to broker a lasting peace deal between the two sides who have been fighting for more than two weeks.

"Secretary of State John Kerry left Cairo after a day of negotiations, saying he has the basic outlines of a longer truce. He'll continue negotiations with various parties in Paris on Saturday.

"Israel says a longer-term cease-fire must include destroying tunnels Hamas built to sneak in to Israel. Hamas wants an end to the economic blockade Israel and Egypt impose on the Gaza Strip.

"Regardless of intentions for Saturday, late Friday night, strikes in the Gaza Strip continued.

"The number of dead on both sides rose Friday, as Israel announced one more soldier had been killed and another previously categorized as missing was dead. Palestinian health officials said the death toll in Gaza had passed 850 people."

Earlier Friday, Kerry rejected talk of Israel rejecting a U.S.-brokered truce as "mischief" from people who don't want the hostilities to end.

"They may have rejected some language or suggestion, but there was no formal proposal submitted by me on which a vote was ripe," Kerry said.

According to the BBC, reports of Saturday's 12-hour truce came "shortly after Israeli Defense Minister Moshe Yaalon warned that ground operations in Gaza could soon be broadened 'significantly.' "