Accessibility links
North Korea Reportedly Tests Short-Range Ballistic Missile : The Two-Way It is the latest in a slew of missile tests conducted by North Korea in recent weeks in the lead up to the 61st anniversary of the signing of the an armistice that halted fighting in the Korean War. 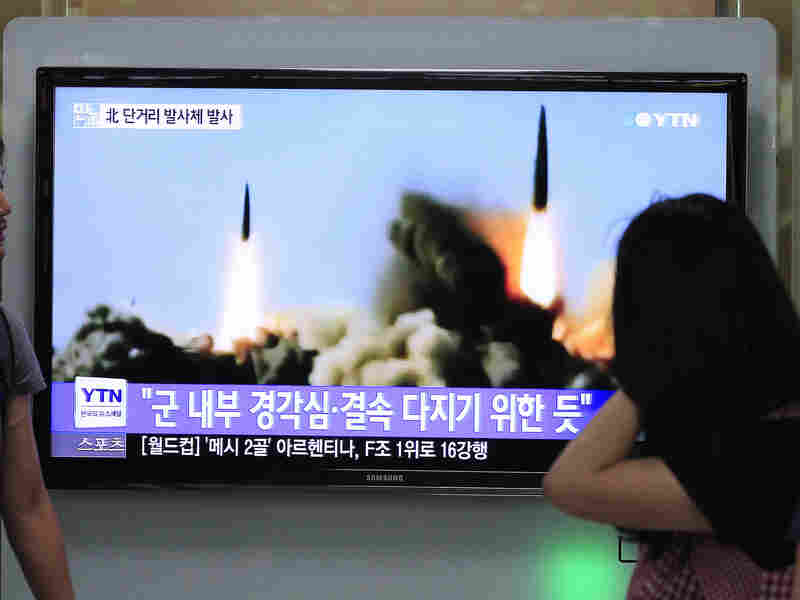 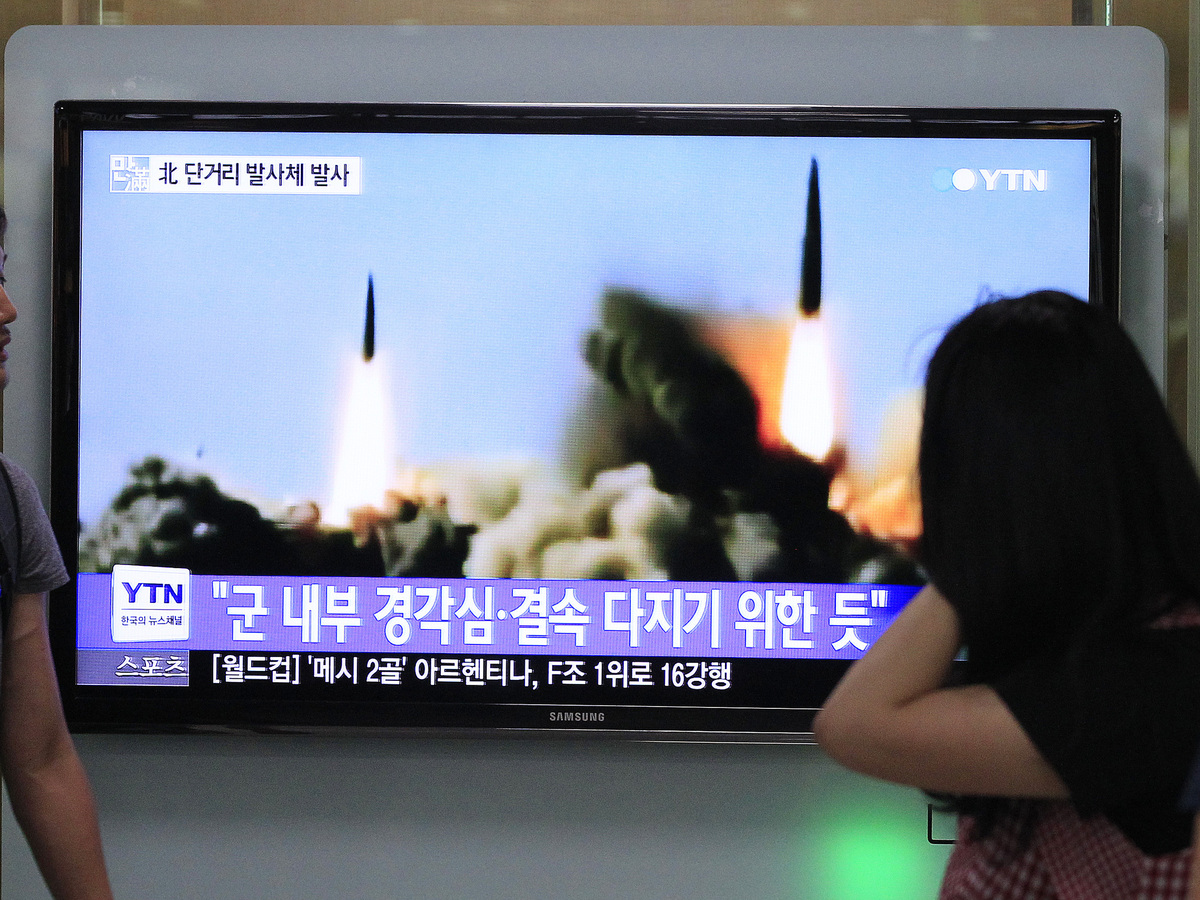 North Korea has fired a short-range ballistic missile into the Sea of Japan, according to The Associated Press, which quotes an unnamed South Korean official.

The test is described as beginning with a launch in the country's southwest Hwanghae province on Saturday morning and ending when the missile landed off the east coast at the end of a 310-mile flight path.

The unnamed official quoted by AP did not specify what type of missile was involved, but its range suggests it could be the Hwasong-6, described by the Center for Arms Control and Non-Proliferation as a variant on the Russian-made SCUD-C. It was put in service by Pyongyang in 1988 and is said to be North Korea's most widely deployed missile (with approximately 400), capable of carrying up to a 1,760 pound payload.

AP calls Saturday's test, "the latest in a slew of weapons tests by Pyongyang, and came on the eve of the 61st anniversary of the signing of an armistice that ended the rivals' war."

According to the AP: "North Korea routinely test-fires missiles, artillery and rockets, but the number of weapons tests it has conducted this year is much higher than previous years. Outside analysts say this indicates that North Korea's young leader, Kim Jong Un, is handling things differently than his late father, Kim Jong Il, who sparingly used longer-range missile and nuclear tests as negotiating cards with the outside world to win concessions. Kim Jong Un inherited power upon his father's death in December 2011."

In June, the blog 38North.org, run by the U.S.-Korea Institute at SAIS, noted the appearance of a North Korean cruise missile in the latest propaganda films out of Pyongyang.

Author Jeffrey Lewis writes that the North Korean cruise missile appears to be a copy of the Russian Kh-35 Uran, a sea-skimming anti-ship weapon.