Accessibility links
Birth Of 100-Millionth Person In Philippines Greeted With Joy, Concern : The Two-Way Chonalyn, a 6-pound girl, was born Sunday morning in a Manila hospital. But the head of the country's population commission says it will be a challenge to provide for so many people.

Birth Of 100-Millionth Person In Philippines Greeted With Joy, Concern

Birth Of 100-Millionth Person In Philippines Greeted With Joy, Concern 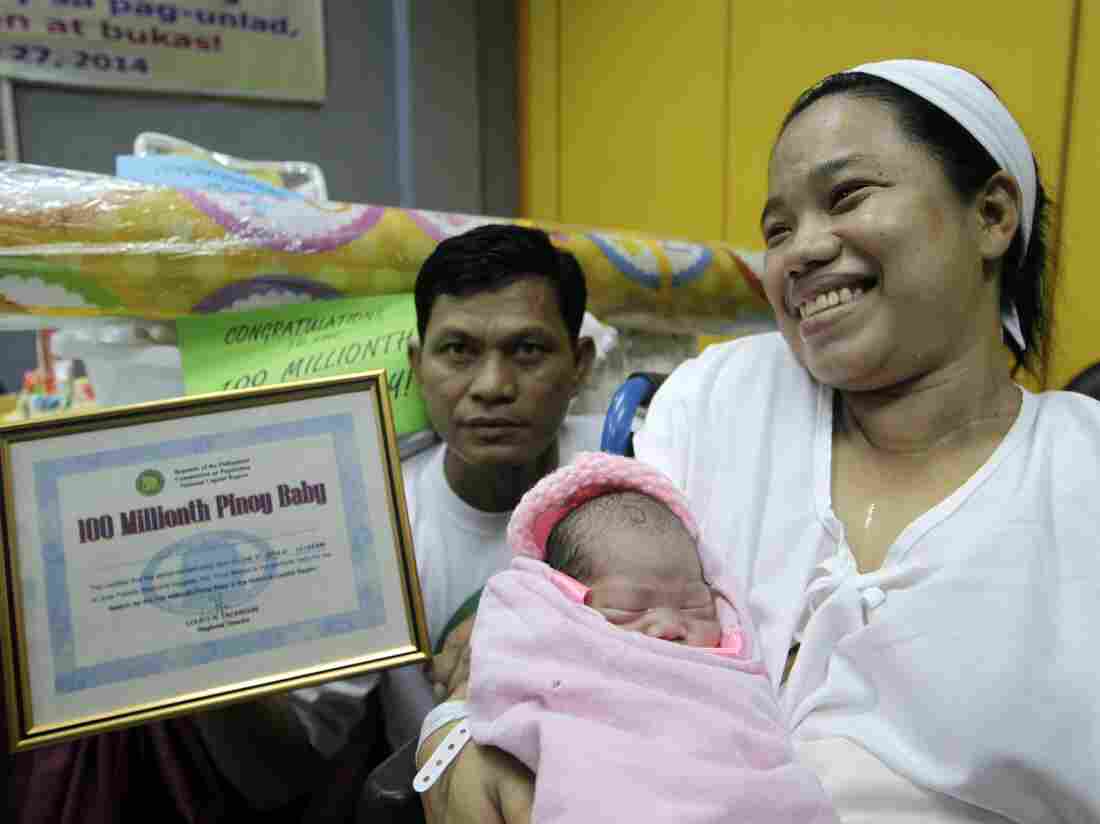 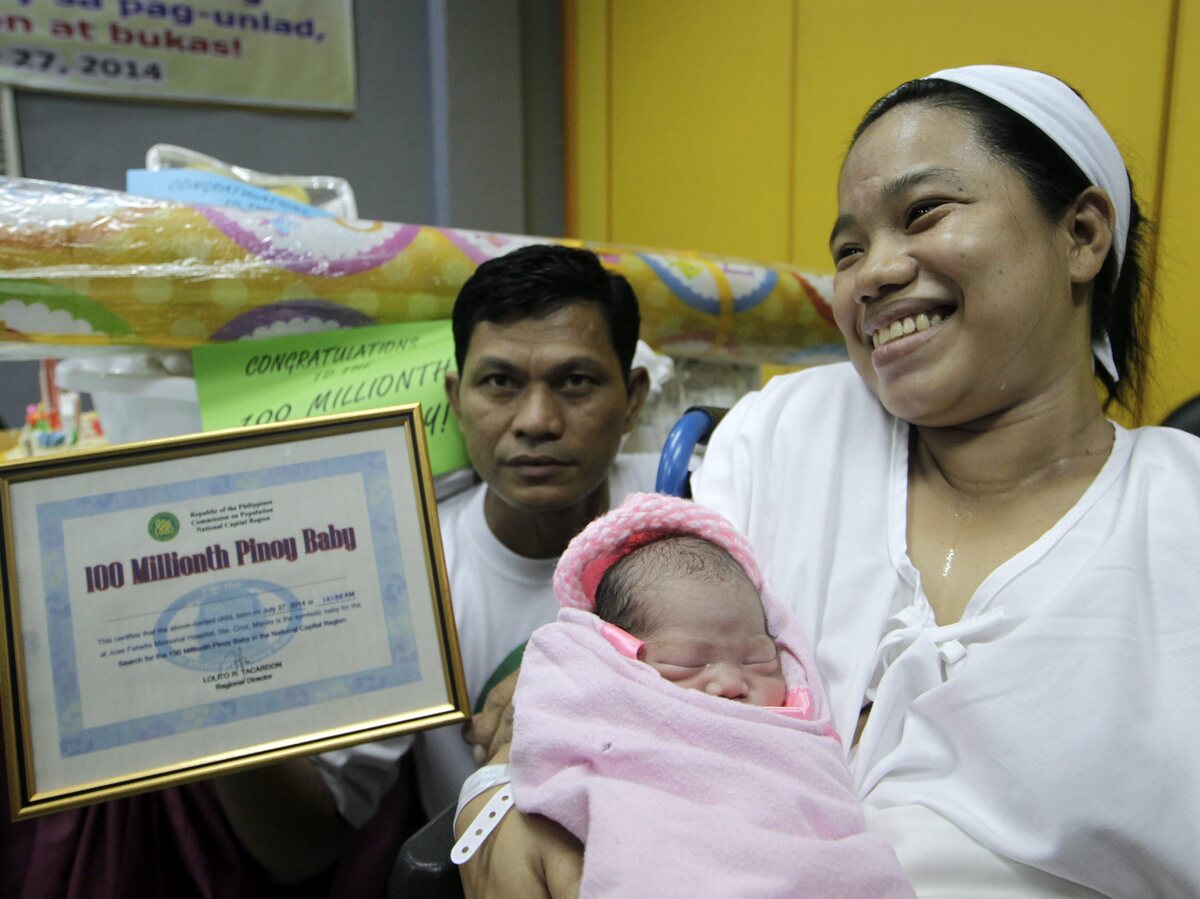 The Philippines on Sunday welcomed its 100-millionth citizen — a baby girl named Chonalyn who was born at a hospital in the capital, Manila.

Juan Antonio Perez III, executive director of the Commission on Population, announced the official milestone after the birth at Jose Fabella Memorial Hospital, which has one of the busiest maternity wards in the world. The 6-pound Chonalyn arrived shortly after midnight Manila time.

The Associated Press describes the baby "[wrapped] in a blanket and pink bonnet and cradled by her beaming mother." It says "Chonalyn was showered with a cake, infant clothes and other gifts by health and population commission officials at a hospital ceremony."

But the celebration is mixed with concern in the Philippines, a predominately Catholic country with one of the fastest growing populations in Asia. Many in the country struggle to meet the basic necessities of life.

"We are faced with the challenge of providing for all 100 million Filipinos," Perez acknowledged about the otherwise happy event.

In response to that challenge, millions of Filipinos are forced to work abroad as healthcare workers, construction workers, household maids and au pairs in places such as Saudi Arabia, Hong Kong, Europe and North America. The money they send home as "foreign remittances" provides a lifeline to the Philippine economy.

"The government can no longer give them jobs. That's the reason why many are leaving the country," Ben de Leon, president of the Forum for Family Planning and Development, is quoted by Xinhua as saying.

The AP quotes the United Nations Population Fund as saying that the population milestone offers both challenges and opportunities to the Philippines, which is the world's 12th most populous country.

"It is important to emphasize that population is not merely a matter of numbers, but of human rights and opportunities," says Klaus Beck, the UNPF's Philippines representative.

With 54 percent of its population under the age of 25, the Philippines needs to provide the young with education, job opportunities and skills, he says.

Ernesto Pernia, a former lead economist for the Asia Development Bank, told American Public Radio's Marketplace in 2012 that the Philippines "is already beyond its carrying capacity." That same year, Philippine President Benigo Aquino III signed a law directing government health centers to provide free access to contraception, but the measure was challenged in court by representatives of the Roman Catholic church.

However, earlier this year, the country's Supreme Court upheld the 2012 law.