Accessibility links
Team Investigating Downing Of MH17 Turns Back Due To Heavy Fighting : The Two-Way The crew — made up of Dutch and Australian experts — were headed toward the debris field when they heard explosions.

Team Investigating Downing Of MH17 Turns Back Due To Heavy Fighting

Team Investigating Downing Of MH17 Turns Back Due To Heavy Fighting 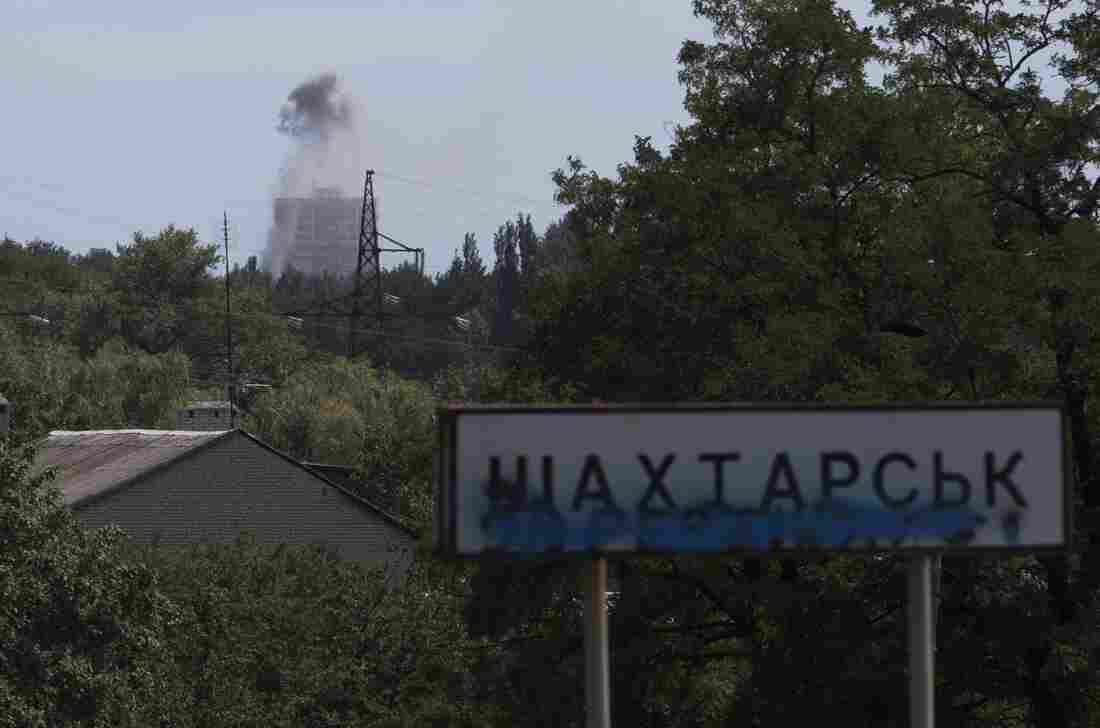 Smoke from shelling rises over a residential apartment house in Shakhtarsk, which is in the Donetsk region of Ukraine, on Monday. Dmitry Lovetsky/AP hide caption 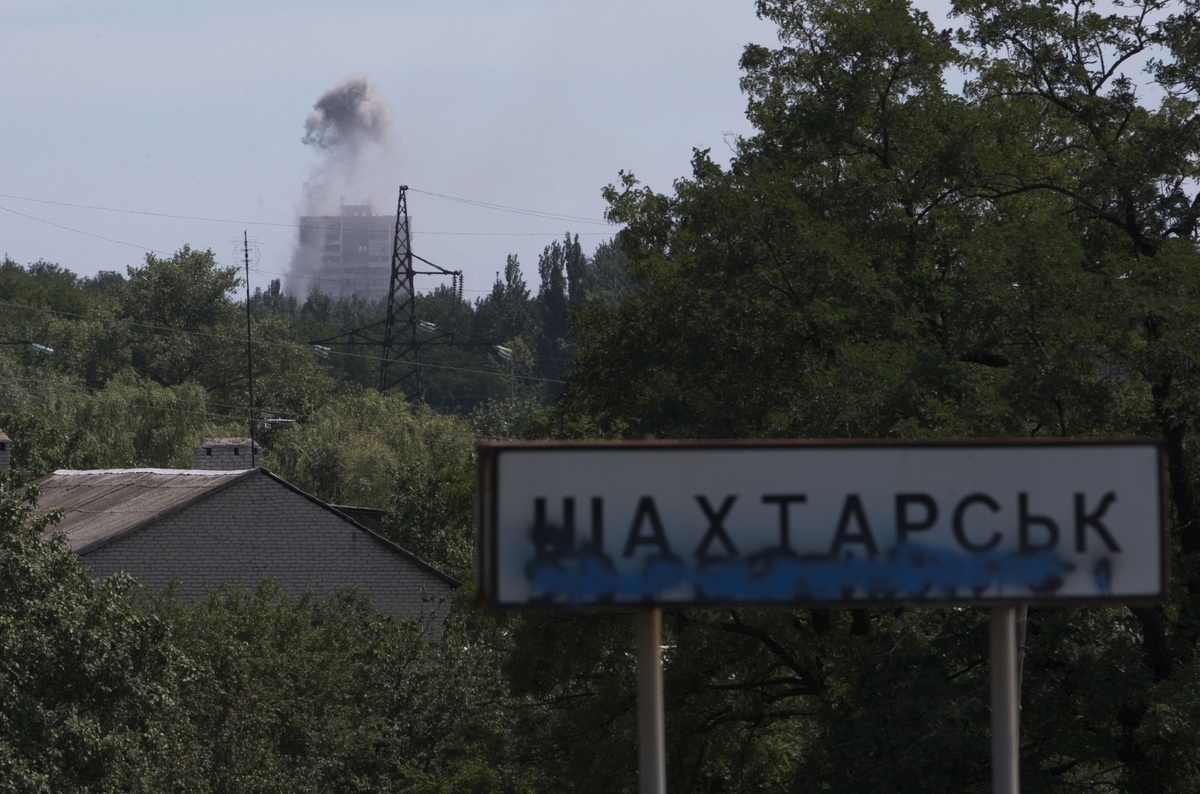 Smoke from shelling rises over a residential apartment house in Shakhtarsk, which is in the Donetsk region of Ukraine, on Monday.

For a second day in a row, Dutch and Australian experts were unable to reach the debris field left by downed Malaysia Airlines Flight 17 in eastern Ukraine.

CNN reports that team members were attempting to make their way to the area when they heard explosions and were told there was heavy fighting, so they turned back. The network adds:

"Among other things, the team had hoped to work on the retrieval of human remains from the fields strewn with wreckage from the passenger jet, which had 298 people on board when it was brought down by a suspected surface-to-air missile on July 17.

"The team of observers, investigators and experts had anticipated getting good access to the site after negotiating with both sides in the conflict, said Michael Bociurkiw, a spokesman for the Organization for Security and Co-operation in Europe mission, before the team was forced to turn back.

"Ukrainian government forces have been battling pro-Russian rebels in the region for months, resulting in hundreds of deaths. Now, as Ukrainian troops attempt to cut off access to Donetsk, fighting is heading north, closer to the crash site, which sits amid rebel-held territory."

Meanwhile, on the diplomatic front, there are two headlines:

As we've reported, the United States says it has found no evidence of direct involvement by the Russians in downing the passenger plane, but American officials say the missile system used was Russian-made.

-- U.N. High Commissioner for Human Rights Navi Pillay says the downing of MH17 may be a war crime.

"Pillay's comments coincided with a new report by her office that says at least 1,129 people had been killed and 3,442 wounded in Ukraine's fighting as of Saturday, and more than 100,000 have fled the violence since April.

"'This violation of international law, given the prevailing circumstances, may amount to a war crime,' Pillay said of the downed jetliner, which U.S. and Ukrainian officials say was shot down by a missile from rebel territory, most likely by mistake.

" 'It is imperative that a prompt, thorough, effective, independent and impartial investigation be conducted into this event,' she said."