Accessibility links
Judge Rules Against Sterling, Allows LA Clippers Sale To Proceed : The Two-Way A California judge gave the green light to the sale of the team, which Donald Sterling's estranged wife had arranged in May. 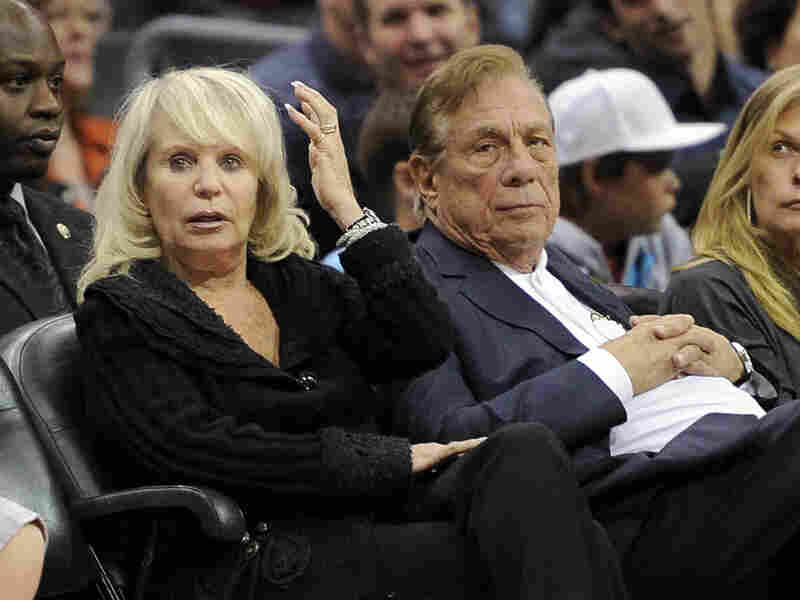 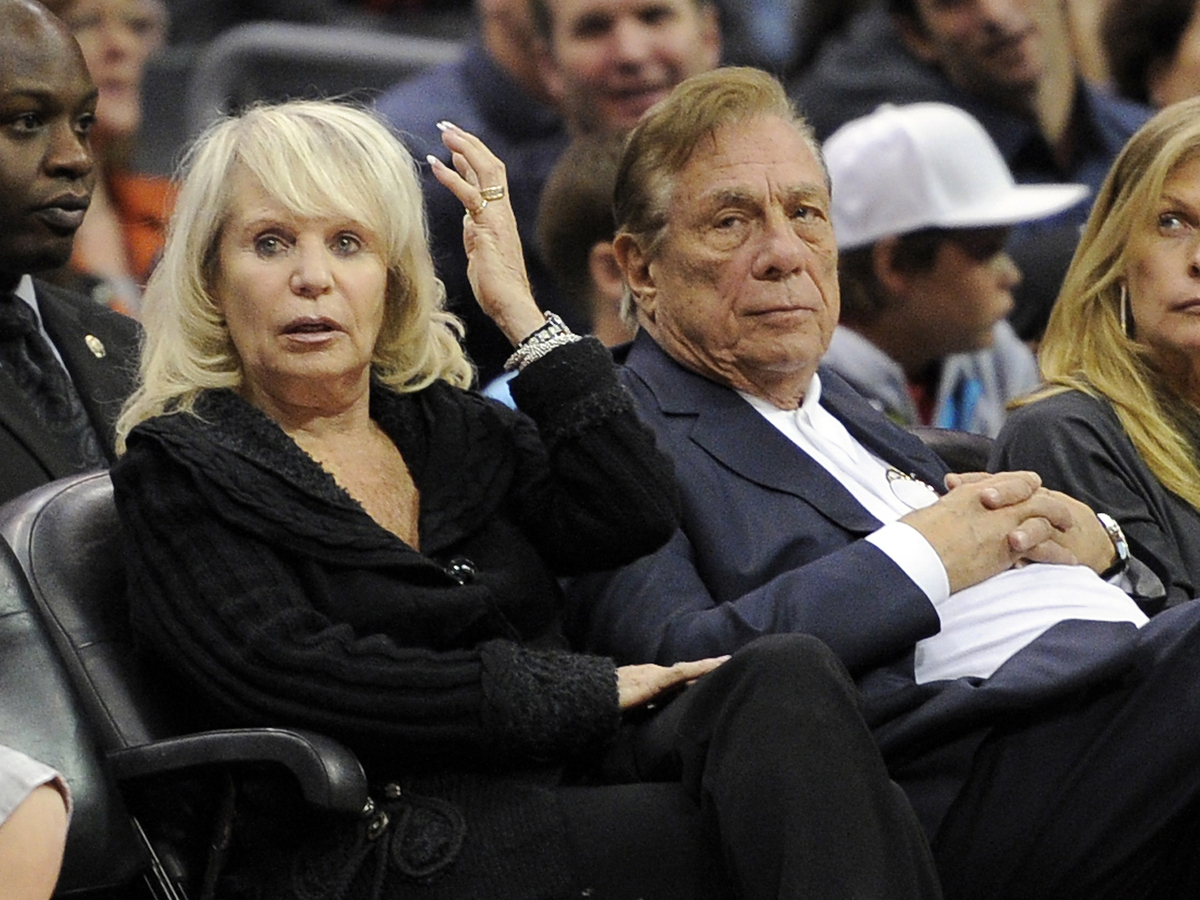 Shelly Sterling sits with her husband, Donald, during a 2010 Los Angeles Clippers game against the Detroit Pistons.

A probate judge has ruled that Donald Sterling cannot block the sale of the Los Angeles Clippers.

Shelly Sterling, his estranged wife, had arranged in May to sell the NBA franchise to former Microsoft executive Steve Ballmer for a record $2 billion.

Donald Sterling sued to block the deal. Shelly Sterling wanted him removed as a trustee of the Sterling Family Trust, which owns the Clippers, on grounds of mental incapacitation.

The judge "said he found Rochelle Sterling to be a more credible witness than her husband, who acted erratically during several days of testimony, raising his voice at lawyers from both sides, and referring to his wife as 'a pig,' " according to The New York Times.

Levanas said the sale can now proceed. Donald Sterling may not have much recourse at this point.

"The ruling included the extraordinary step of granting Shelly Sterling's request for an order that allows the sale to be completed regardless of an appellate court's intervention," the Los Angeles Times reports.

Donald Sterling touched off a media firestorm in April when a recording surfaced of him making racist remarks. Last week at the trial, the Clippers interim CEO testified that Doc Rivers, the team coach and president, had said repeatedly he will most likely quit if Sterling retains ownership.