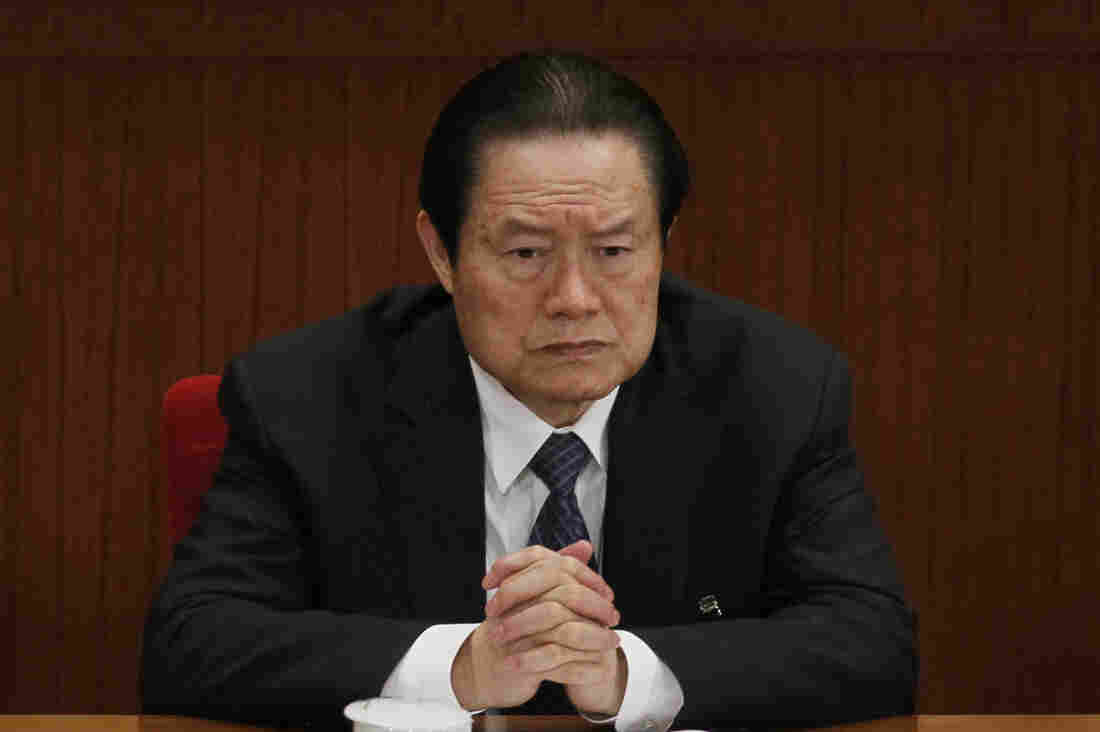 Zhou Yongkang, who at the time was Chinese Communist Party Politburo Standing Committee member in charge of security, attends a plenary session of the National People's Congress at the Great Hall of the People in Beijing, China in 2012. Ng Han Guan/AP hide caption 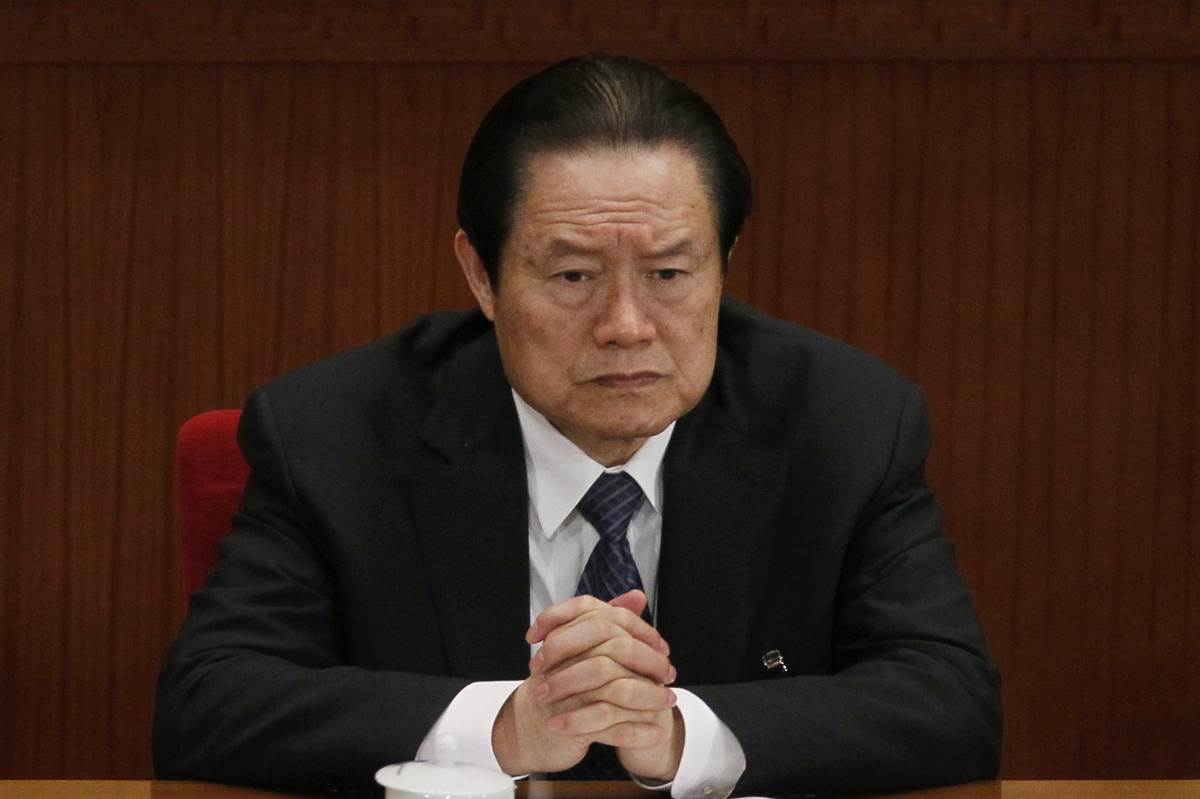 Zhou Yongkang, who at the time was Chinese Communist Party Politburo Standing Committee member in charge of security, attends a plenary session of the National People's Congress at the Great Hall of the People in Beijing, China in 2012.

The central committee of China's Communist Party placed a former top-ranking official under investigation on Tuesday.

Reporting from Beijing, NPR's Anthony Kuhn tells our Newscast unit that while there is no specificity to those charges from the party, this usually implies that criminal corruption charges will follow.

"Before his retirement in 2012, Zhou was a member of the Politburo Standing Committee. He had control over police, security and intelligence services," Anthony reports. "In recent months, many of Zhou's family members and former subordinates have been detained on suspicion of corruption, raising expectations that Zhou would soon fall, as well."

As The New York Times points out, Zhou is the "most serious party figure ever to face a formal graft inquiry," and that it is an "audacious move" by Chinese President Xi Jingping to "impose his authority" over a "potentially dangerous adversary, with ties to more senior retired figures."

"Until now, the detention and investigation of Mr. Zhou has been secretive and unconfirmed by the government, although known among party insiders and reported abroad.

"Charges against Mr. Zhou could well center on the fortunes made by members of his family, often in sectors once under his sway. An investigation by The New York Times showed that Mr. Zhou's son, a sister-in-law and his son's mother-in-law held assets worth some $1 billion, much of it in the oil and gas sector that was Mr. Zhou's political fiefdom, where he could shape decisions and promotions. That estimate was based on publicly available records and a limited assessment of their companies' value and did not include real estate or overseas assets, which are more difficult to identify and assess."

Xinhua reports that Central Committee of the Communist Party of China's Central Commission for Discipline Inspection will conduct the investigation.

"Zhou's investigation would appear to be a watershed moment, because for centuries, China's rulers have largely been above the law.

"But Beijing University political scientist Zhang Jian cautions that Communist party boss Xi Jinping can't rewrite all the rules with his anti-graft drive, even if he wanted to.

"'I don't think that this could really, single-handedly change the tradition,' Zhang said. 'But Xi Jinping tried to play with that concept, to establish a strongman image for himself.'

"Xi's anti-corruption drive has snared 25,000 officials in the first half of this year, including the country's former top-ranked military official.

"They also include many of Zhou Yongkang's relatives, some of whom have reportedly amassed vast fortunes."