Accessibility links
Chances Are Pretty Good That's A Bill Collector Calling : The Two-Way About 77 million adults in the U.S. have at least one debt in the collection process, according to a study released by the Urban Institute. 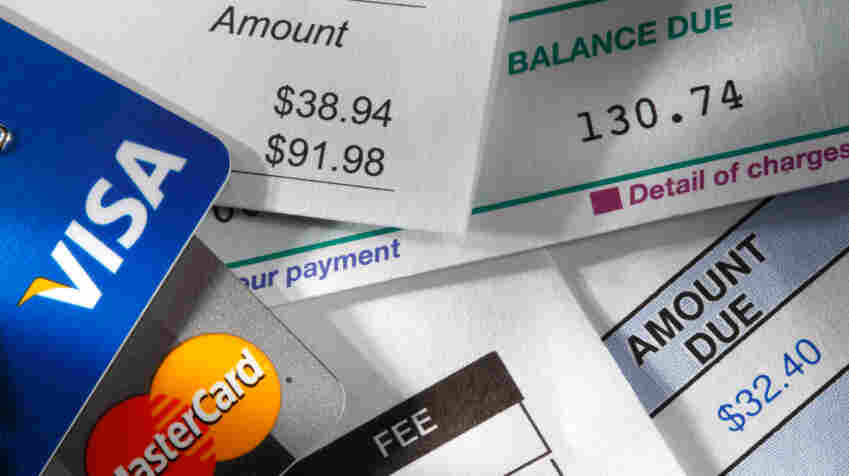 According to the Urban Institute report, the typical adult in trouble with bill collectors has a median debt of $1,350. DNY59/iStockphoto hide caption 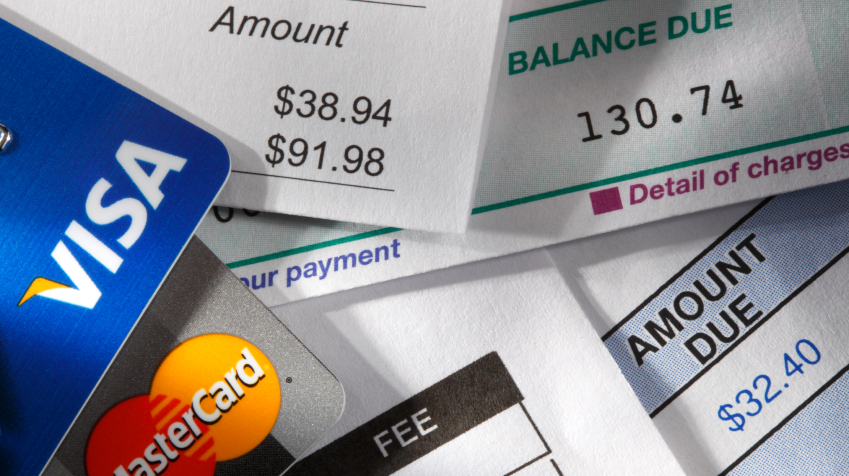 According to the Urban Institute report, the typical adult in trouble with bill collectors has a median debt of $1,350.

In about one-third of U.S. households, the sound of a phone or doorbell ringing may trigger a desire to duck.

That's because roughly 77 million adults with a credit file have at least one debt in the collection process, according to a study released by the Urban Institute, a research group. A credit file includes all of the raw data that a credit bureau can use to rank a borrower's creditworthiness.

Some of those debts can be quite small — perhaps just a $25 overdue water bill. But some are substantial, and all can hurt a family's long-term economic prospects, the study found.

"In addition to creating difficulties today, delinquent debt can lower credit scores and result in serious future consequences. Credit scores are used to determine eligibility for jobs, access to rental housing and mortgages, insurance premiums, and access to (and the price of) credit in general," the study concluded.

The typical adult in trouble with bill collectors has a median debt of $1,350 in the collection process.

We aren't talking about home loans here. This report looks at nonmortgage debt, such as credit-card balances, stacked-up medical bills or past-due utility bills. These are debts that are more than 180 days past due and have been placed in collections. The study didn't count personal debts, such as loans from family members, or pawnshop loans.

Nevada, a state hit hard by foreclosures, has the worst problem with overdue bills. There, just under half of the residents with credit files have debt in collections, according to the study. The Urban Institute based its report on a random sampling of 7 million people with 2013 credit bureau data from TransUnion, a major consumer credit reporting agency.

While Nevada is a standout, problems with debt are concentrated mostly in the South, the study found. Of the 12 states besides Nevada with high levels of debt in collection, 11 are Southern states: Alabama, Arkansas, Florida, Georgia, Kentucky, Louisiana, Mississippi, North Carolina, South Carolina, Texas and West Virginia. The 12th state is New Mexico.

The states with the fewest troubled debtors are Minnesota, North Dakota and South Dakota.

About 22 million Americans have no credit file, which typically means they are too poor to have any credit at all. In other words, the study underreports the financial troubles of the truly poor and is more a reflection of the stresses on middle-class families in the U.S.

The report talks about the problems with "snowballing" debt. A lot of these overdue bills start out as relatively minor problems, such as past-due gym memberships or cellphone contracts. But once those old bills get turned over to the collection industry, troubles mount for the debtors, whose credit scores worsen.

Here's an odd twist to the debt story in the post-recession era: Most people are actually cleaning up their credit-card debt. The American Bankers Association said earlier this month that as a share of Americans' income, credit-card debt has slipped to the lowest level in more than a decade.

Today, about 2.44 percent of credit-card accounts are overdue by 30 days or more, compared with the 15-year average of 3.82 percent, according to the ABA Consumer Credit Delinquency Bulletin.

In other words, most people these days are more focused on paying off their bills. "More and more consumers are using their credit cards as a payment vehicle, paying off or paying down their balances each month," the ABA's chief economist, James Chessen, said in a statement.

Here's another peculiar point: The recession really hasn't done much to change the percentage of Americans dealing with debt collection. A decade ago, a study done by Federal Reserve economists concluded that just more than one-third of individuals with credit records had a debt in the collection process.

For the people who have fallen behind on nonmortgage debts, being in the hole hurts because it undermines their long-term prospects.

"High levels of delinquent debt and its associated consequences, such as limited access to traditional credit, can harm both families and the communities in which they live," the Urban Institute study concludes.