Accessibility links
Court Rejects Law Threatening Mississippi's Last Abortion Clinic : The Two-Way A federal appellate court rejected arguments that women could seek abortions outside the state, saying no state can farm its constitutional duties out to its neighbors. 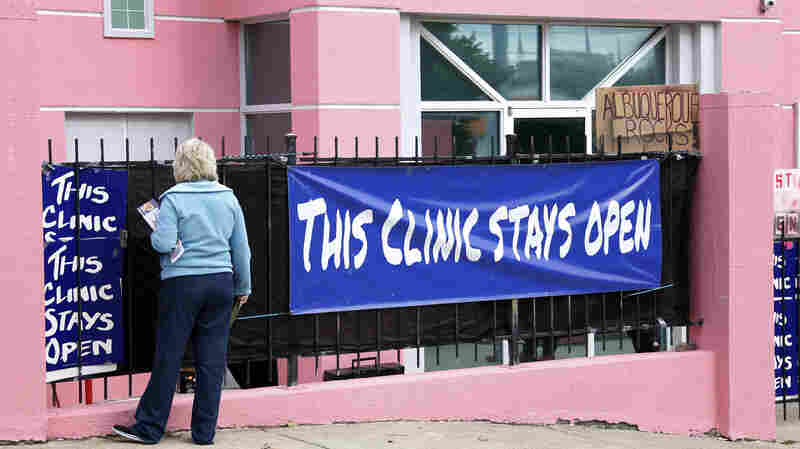 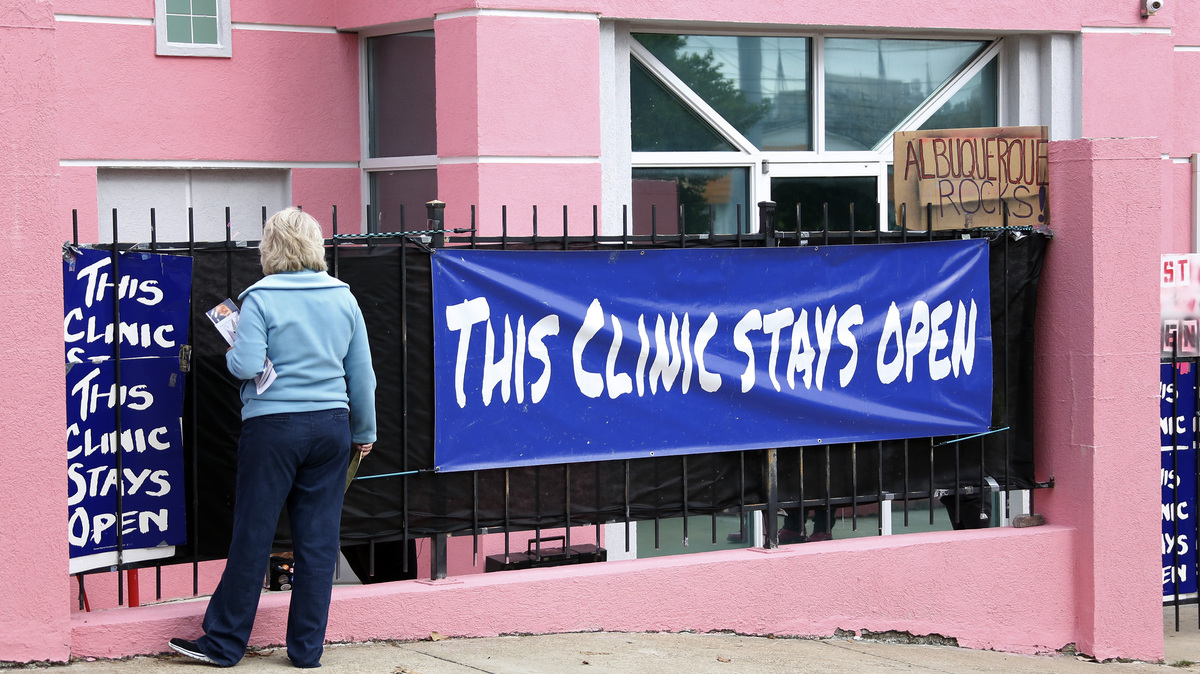 Anti-abortion protester Mary McLaurin calls out to a patient at the Jackson Women's Health Organization in 2013.

A federal appeals court has rejected a Mississippi law that would have forced the state's only abortion clinic to close.

In a 2-1 decision, a panel of the 5th U.S. Circuit Court of Appeals on Tuesday turned aside arguments that women seeking to have an abortion could have the procedure done in a neighboring state.

Closing the clinic in Jackson would place an "undue burden" on women, the court found.

"Pre-viability, a woman has the constitutional right to end her pregnancy by abortion," Judge E. Grady Jolly wrote for the majority. "Mississippi may not shift its obligation to respect the established constitutional rights of its citizens to another state."

The Mississippi law, enacted in 2012, requires abortion providers to have on staff doctors with admitting privileges at neighboring hospitals. Physicians at the Jackson clinic applied for privileges at area hospitals, but were unable to obtain them.

Other states have passed similar requirements, which has led to the closure of numerous clinics in states such as Texas and Ohio.

In March, a 5th Circuit panel upheld the Texas law, finding that it did not endanger women's health. The number of abortion clinics operating in Texas has dropped by half over the past year.

With today's ruling, the judges signaled that while closing many clinics is OK, a law that forces the closure of a state's very last clinic is not.