Accessibility links
UCLA Floods As Water Main Break Dumps Up To 10 Million Gallons : The Two-Way It took officials about four hours to figure out which valve needed to be closed. By then, parts of the UCLA campus were deluged, with some staircases looking like waterfalls. 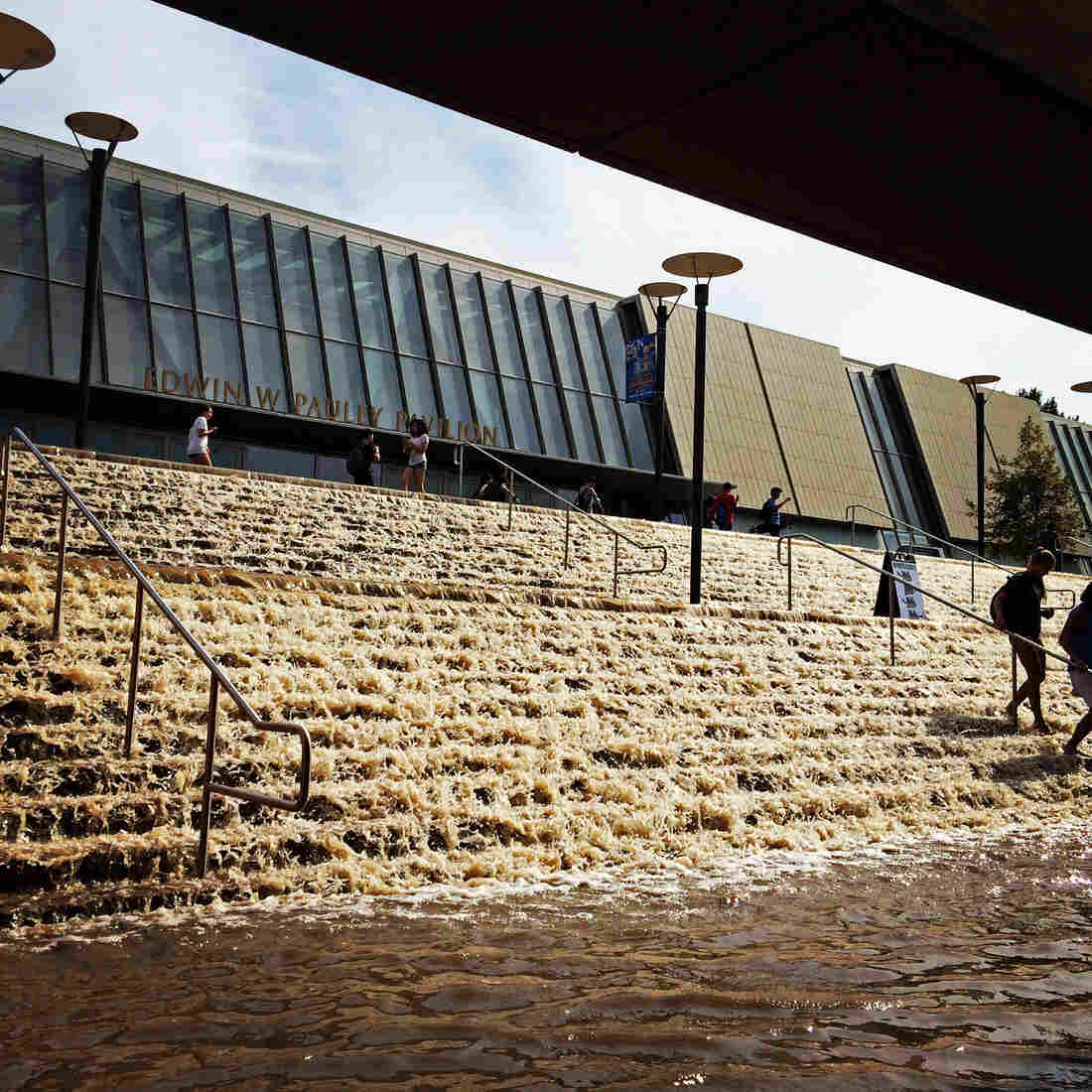 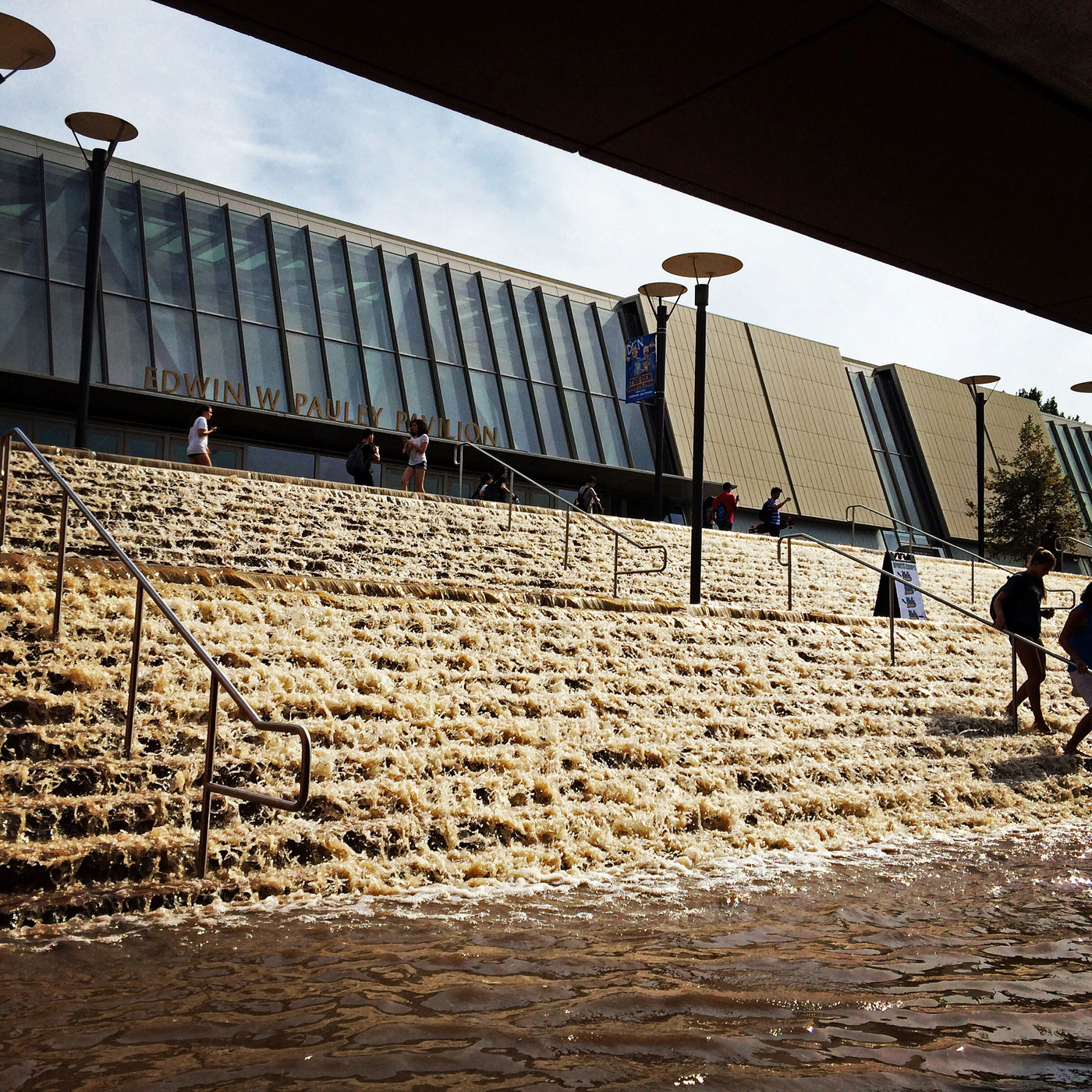 Water cascades down a stairway to a parking structure adjacent to Pauley Pavlion, home of UCLA basketball.

A 90-year-old water main broke near the University of California, Los Angeles, on Tuesday, spilling 8 million to 10 million gallons of water.

As The Los Angeles Times explains, officials are facing some tough questions this morning because it took them about four hours to figure out which valve needed to be closed. Meanwhile, water rushed into the campus, flooding many university buildings — including the track and field facility and Pauley Pavilion, which just underwent a $136-million renovation. At one point, the Times reports, the pavilion was under 8 inches of water.

But the surreal drama of it all was perhaps best captured by Instagram user tony_ker. The video he posted showed some stairs looking like waterfalls:

The Associated Press reports when the 30-inch main burst, it sent water 30 feet into the air. The news service adds:

"The break came amid a historic drought when residents are now being threatened with $500 fines for overuse.

"'We lost a lot of water, around 35,000 gallons a minute, which is not ideal in the worst drought in the city's history,' City Councilman Paul Koretz said. ...

"Firefighters, some using inflatable boats, saved at least five people who were stranded in the structures where more than 100 cars were stuck, city fire officials said. No injuries were reported."

The Times reports that officials with the Department of Water and Power were stuck in rush-hour traffic. After they got to the scene, DWP's senior assistant general manager, Jim McDaniel, said they had to do research "to get to the correct valve." The city, he said, did not want to close the wrong valve because it "would have left people without water."