Accessibility links
Gaza Conflict: Shell Strikes U.N. School, Killing Up To 19 Who Sought Shelter : The Two-Way One U.N. official said this was a "breaking point." The conflict, now going into its 23rd day, shows no sign of abating. The death toll in Gaza has now surpassed 1,200. 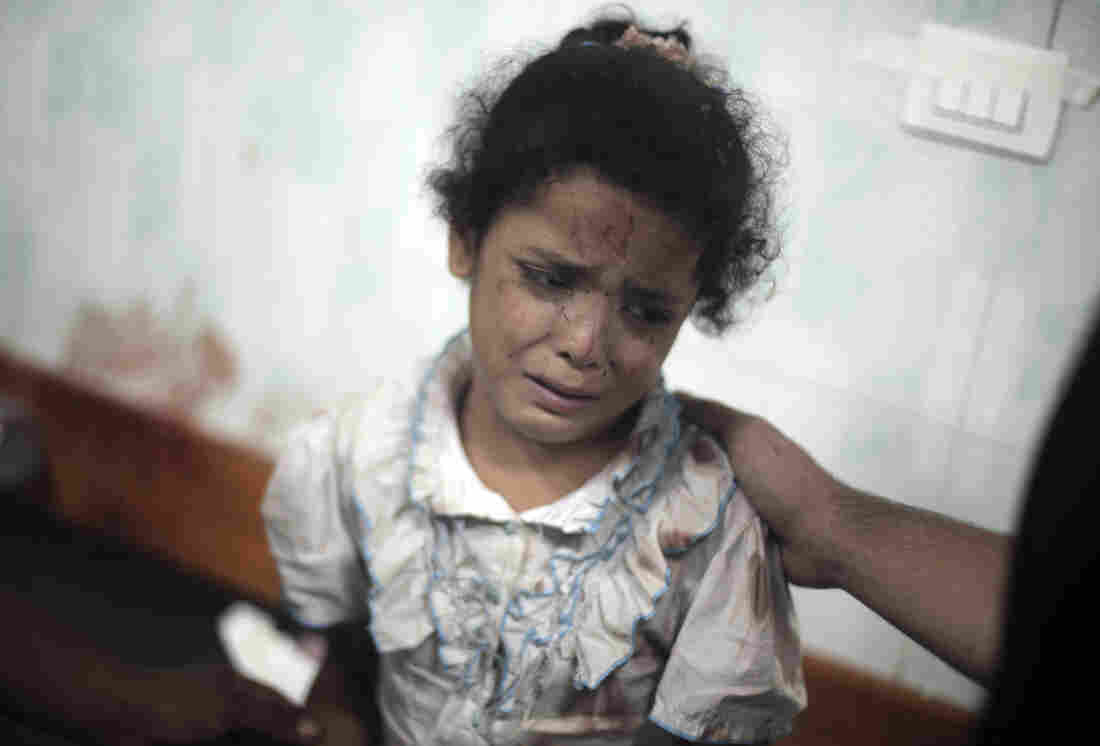 A Palestinian girl cries while receiving treatment Wednesday at a hospital in Beit Lahiya for her injuries caused by a strike at a U.N. school in the Jebaliya refugee camp. Khalil Hamra/AP hide caption 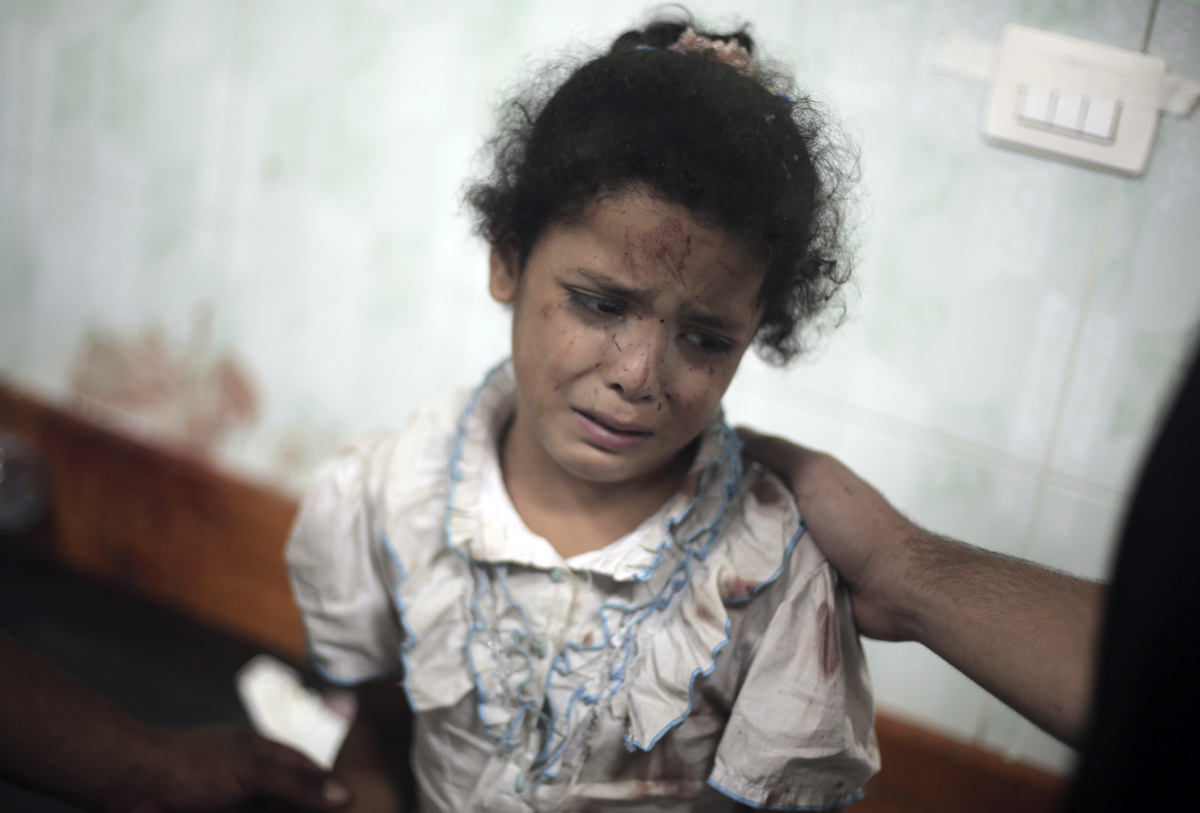 A Palestinian girl cries while receiving treatment Wednesday at a hospital in Beit Lahiya for her injuries caused by a strike at a U.N. school in the Jebaliya refugee camp.

As many as 19 people were killed when a shell struck a United Nations-run school this morning in Gaza.

In a message on Twitter, the commissioner-general of UNRWA, which is responsible for the welfare of Palestinian refugees, blamed the attack on the Israeli military.

"Children, women and men killed & injured as they slept in place where they should have been safe and protected," Pierre Krähenbühl said, referring to the fact that the school was being used as a shelter. "They were not. Intolerable."

According to Krähenbühl, this is the sixth time shells have hit a UNRWA school. He called the latest incident "a breaking point."

NPR's Emily Harris reports that this is the second time a U.N. school has been hit and people have been killed.

With that, here's what you need to know as the conflict enters its 23rd day.

A spokesman for the Israeli Army tells The Washington Post that Israeli forces "came under mortar fire earlier Wednesday from a point near the school in the Jebaliya refugee camp and responded toward the source of the fire."

The military will review the incident.

"An IDF statement says the soldiers killed today were uncovering a tunnel shaft in a residence in the southern Gaza Strip," Soraya reports. "The home and tunnel were booby-trapped." Those deaths bring the number of Israeli soldiers killed to 56. Three Israeli civilians have been killed.

Emily reports from Gaza that the death toll there has exceeded 1,200.

Here's the United Nations' breakdown of those numbers, but note that the graphic has not caught up with the current tolls:

The conflict does not seem to be ending anytime soon.

As Emily explained on Morning Edition, it's hard to tell what both sides are thinking, but what's clear is that "neither side seems to be in a position to get what they want to end this fighting."

The Israeli newspaper Haaretz reports Israel is considering submitting a resolution to the U.N. Security Council that would end the fighting. A resolution of that kind ended the 2006 Lebanon war.

Emily reports that one Israeli official said Israel would pursue this route only if the U.S. agreed.

"The Israeli military says it's declared a four-hour cease-fire in some areas of the Gaza Strip for humanitarian reasons."

The cease-fire was broken by both sides shortly after it was announced.

-- A Busy Market Is Attacked:

"At least 17 Palestinians have been killed and 200 wounded in the bombardment of a market near Gaza City" on Wednesday afternoon, Al-Jazeera reports.

The BBC reports that hundreds of people were shopping in the market at the time of the attack.