Accessibility links
Fed Continues To Scale Back Economic Stimulus : The Two-Way The Fed announced modest cuts in its bond-buying program and noted that inflation is becoming an issue. But with room to grow in the labor market, the bank is not ready to raise interest rates. 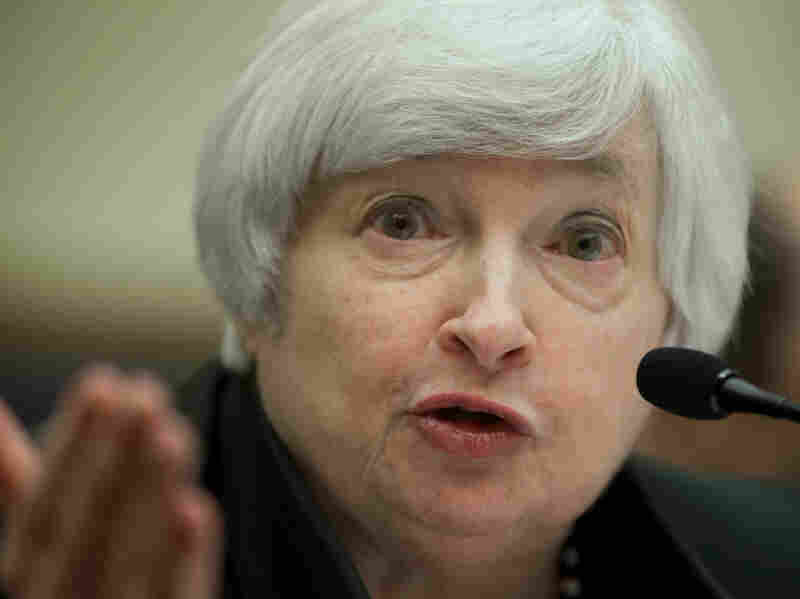 Earlier this month, Fed Chair Janet Yellen told Congress that the economy is improving but hasn't bounced back all the way. Pablo Martinez Monsivais/AP hide caption 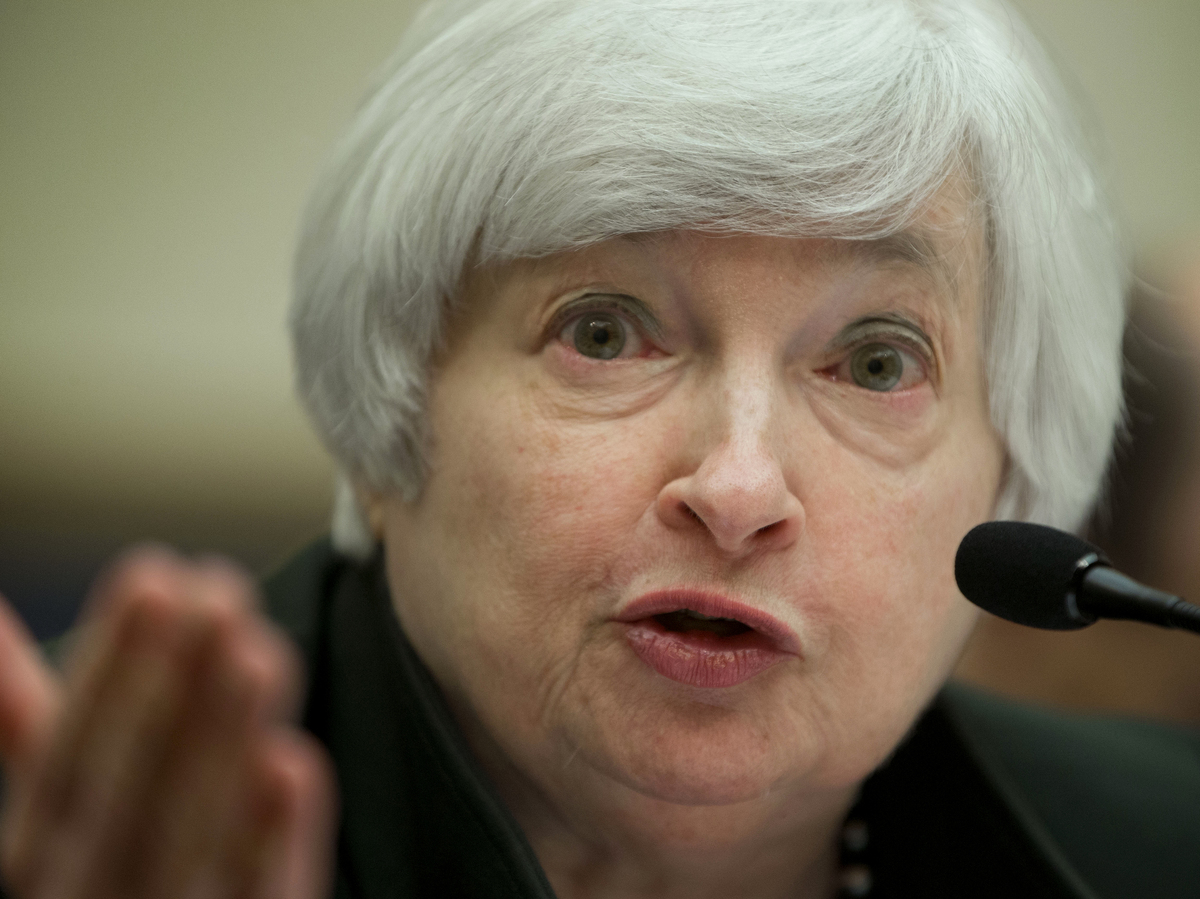 Earlier this month, Fed Chair Janet Yellen told Congress that the economy is improving but hasn't bounced back all the way.

The Federal Reserve announced Wednesday that it will ease up slightly on its efforts to stimulate the economy.

Fed officials said that there is still room for improvement in the labor market, but with the economy growing, they expressed concern that inflation might start ticking up.

Continuing its own recent trend, the Fed announced it will be buying up fewer financial assets. It's on track to end its bond-buying program in October.

"Fed officials led by Chair Janet Yellen are stepping up a debate over when to raise interest rates for the first time since 2006 as unemployment falls faster than expected and inflation picks up toward their 2 percent goal," reports Bloomberg News.

Earlier Wednesday, the Commerce Department announced that the economy grew by 4 percent in the spring, rebounding from a disappointing first quarter earlier in the year.

But the Fed said it will wait to raise interest rates, which would have a dampening effect on the economy. Earlier this month, Yellen testified before Congress that although the economy is improving, its recovery is not complete.

Today's announcement states that the Fed will keep short-term interest rates low "for a considerable time" after its bond-buying program ends, especially if inflation remains under 2 percent.