Accessibility links
Flight Delays In China Leave Travelers Feeling Squeezed : The Two-Way Air traffic snarls at some of eastern China's busiest airports have stranded thousands of travelers and highlighted the increasing competition for airspace between military and civilian flights. 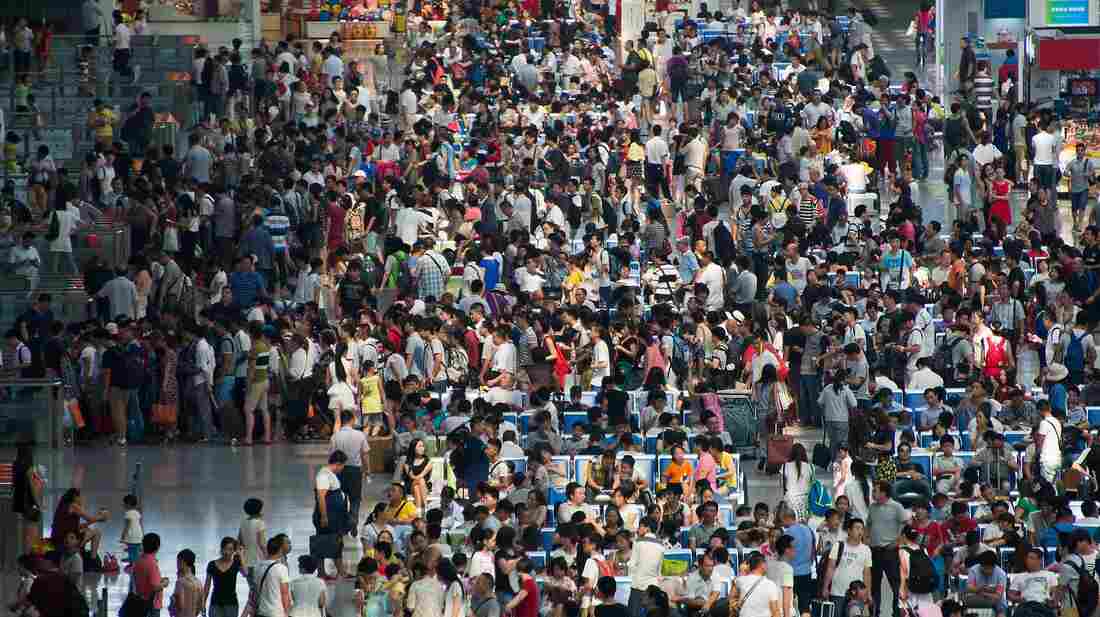 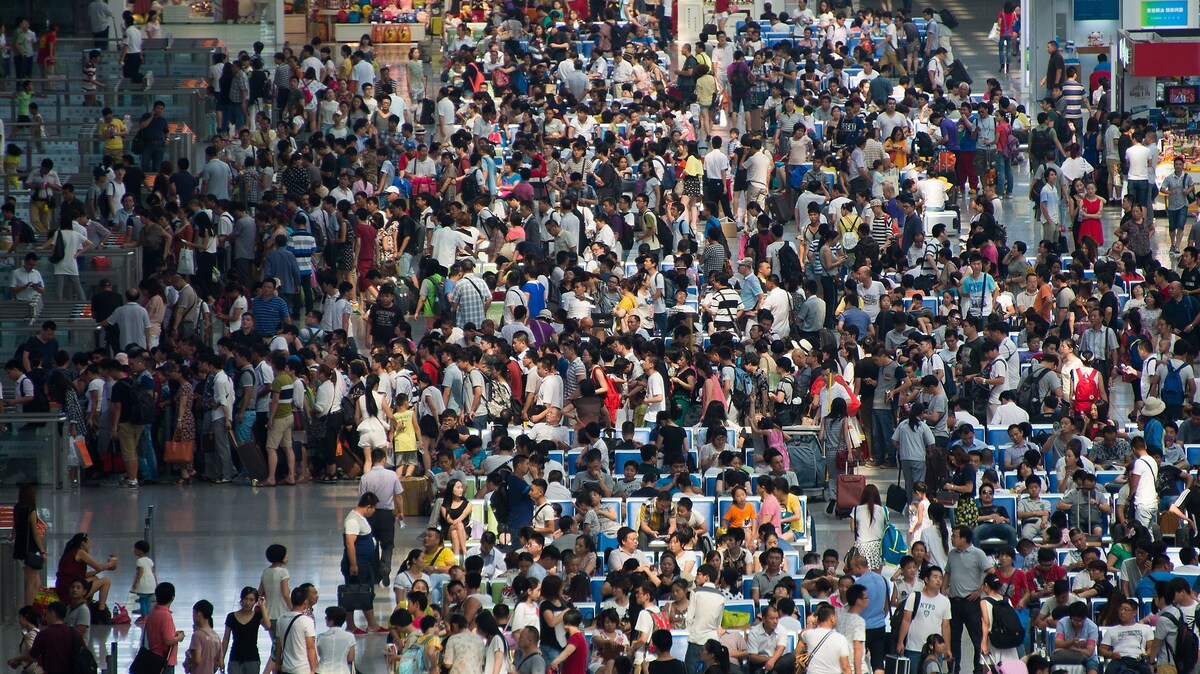 Air travel in some of eastern China's busiest airports has slowed to a crawl over the past week or so, stranding thousands of travelers and igniting debate about the increasing competition between military and civilian flights for the country's airspace.

On Tuesday, civil aviation authorities warned that air traffic capacity in Shanghai would be reduced by 75 percent. The explanation was that "other users" — later identified as China's military — were using the airspace.

While recent delays have been particularly bad, pressures have been building over the past few years, leading to a number of "airport rage" melees between infuriated passengers and airline and airport staff. In one incident that went viral in 2013, a mining company executive had a meltdown after he and his family missed a flight at Kunming Changshui International Airport:

Apparently stung by a wave of domestic criticism and foreign scrutiny, China's military points out that other factors — including poor airline management and stormy summer weather — are also to blame for recent delays.

The military notes that it has sent staff to regional airports to help manage traffic and arrange alternative routes, and is doing its best to reduce its disruption of civil aviation.

China's military controls as much as 80 percent of the country's airspace, at a time when the country's civil aviation has been growing at a double-digit clip for several years. At peak travel season, Chinese airports are stretched to capacity. And as the military points out, civil aviation in China has a poor record of efficiency even when the military is not on major maneuvers.

Wang Ya'nan, deputy chief editor of the Beijing-based Aviation Knowledge Magazine, says in an interview that better civilian air traffic management is needed, for example, to put more flights on the same routes, though at different altitudes.

But, he says, the main problem is that China's airspace is divided into separate civil and military zones. Aside from areas near military bases, Wang argues, "whoever needs the airspace and whoever applies first should get to use it."

Wang adds that there is a general consensus in China about merging airspace. But he says implementation will require better civil-military coordination, and some redeployment of physical air traffic facilities — something he estimates could take about eight or 10 years.