Accessibility links
Kentucky Buoys Noah's Ark Park With Millions In New Tax Breaks : The Two-Way The Christian theme park, featuring a 510-foot-long replica of the ark, is getting $18 million in new incentives from the state's tourism board. 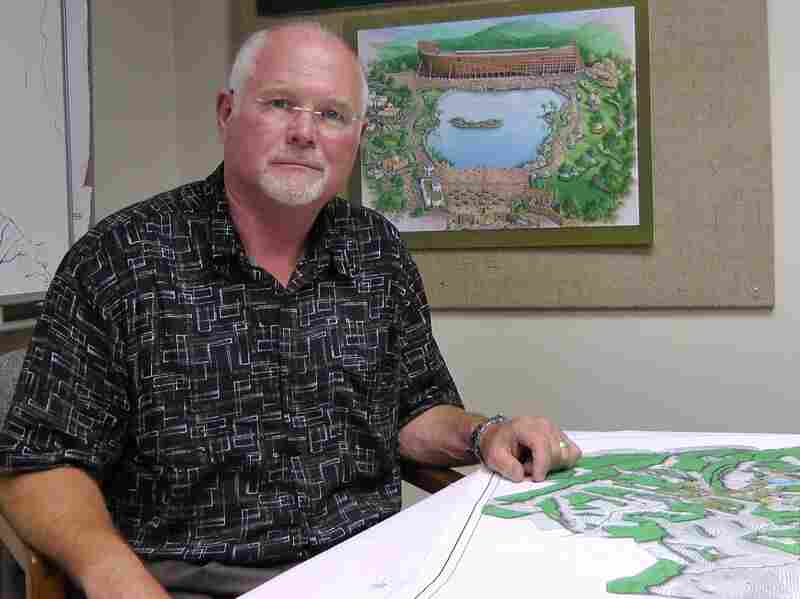 Mike Zovath, co-founder of Answers in Genesis ministries, poses for photos at the Ark Encounter headquarters, in 2011. Kentucky has granted the project tens of millions in tax incentives. Dylan Lovan/AP hide caption 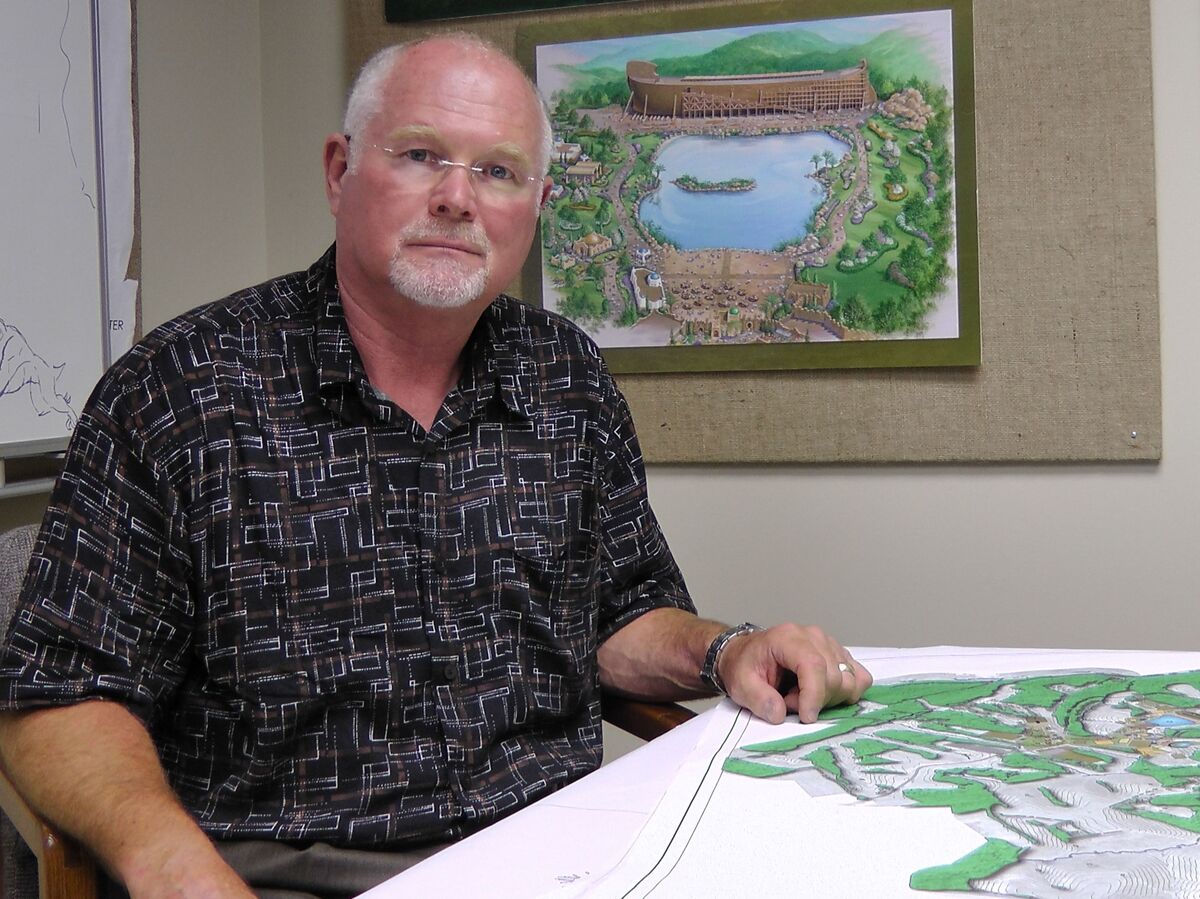 Mike Zovath, co-founder of Answers in Genesis ministries, poses for photos at the Ark Encounter headquarters, in 2011. Kentucky has granted the project tens of millions in tax incentives.

Kentucky has approved $18 million in new tax breaks for a controversial Christian theme park that is to feature a 510-foot-long replica of Noah's Ark.

Maryanne Zeleznik of member station WVXU in Cincinnati reports that the Kentucky Tourism Development Finance Board voted unanimously on Tuesday to approve the incentives for the Ark Encounter, to be built in Williamstown. The legislature must still OK the plan.

As we reported in January, the project nearly foundered when the Christian nonprofit Answers in Genesis — which also operates the Creation Museum and is leading the effort to build the new theme park — was close to triggering a redemption of unrated municipal bonds because it had fallen short of selling the $29 million it needed.

Answers in Genesis is headed by Ken Ham, who in February engaged in a high-profile debate with Bill Nye "The Science Guy." The debate, which was streamed live online, pitted Ham's biblical literalism, which among other things includes the belief in a 6,000-year-old Earth and that humans and dinosaurs co-existed, against Nye, who argued for Darwinian evolution. Later, Ham said the debate, widely seen as having been won by Nye (although there was, naturally, disagreement), prompted a funding "miracle" that saved the project.

"The project is slated to include a facsimile of Noah's Ark and the Tower of Babel, and will proselytize Christian evangelicalism to patrons, an Answers in Genesis spokesman said.

"Finance board Chairman Keith Williams said the project was evaluated like any other that comes before the panel, and a preliminary analysis of its economic impact showed benefits for the state.

" 'They could produce a good amount of tourism for the state of Kentucky,' said Williams, who was appointed by Gov. Steve Beshear, a supporter of the project. 'It could help the hotel industry, the restaurant industry in that entire area. So if that is the case, and it does boost tourism, then they, yeah, they meet that criteria.' "

The price tag on the project, which held a ceremonial groundbreaking in May, has shifted around since it was unveiled in 2011. It's also been plagued by delays and repeated funding crises.

WVXU reports that Kentucky initially granted $43 million worth of tax breaks to the $173 million project, but it was unclear whether the ambition plan would go beyond a $78 million "first phase."

If the tax incentives are approved by the state legislature, Answers in Genesis would get up to one-quarter of the anticipated cost of the project over 10 years only after the ark is built and open to the public.

However, if it fails to generate sufficient revenue and economic activity for the surrounding area, Kentucky has the right to revoke the incentives.