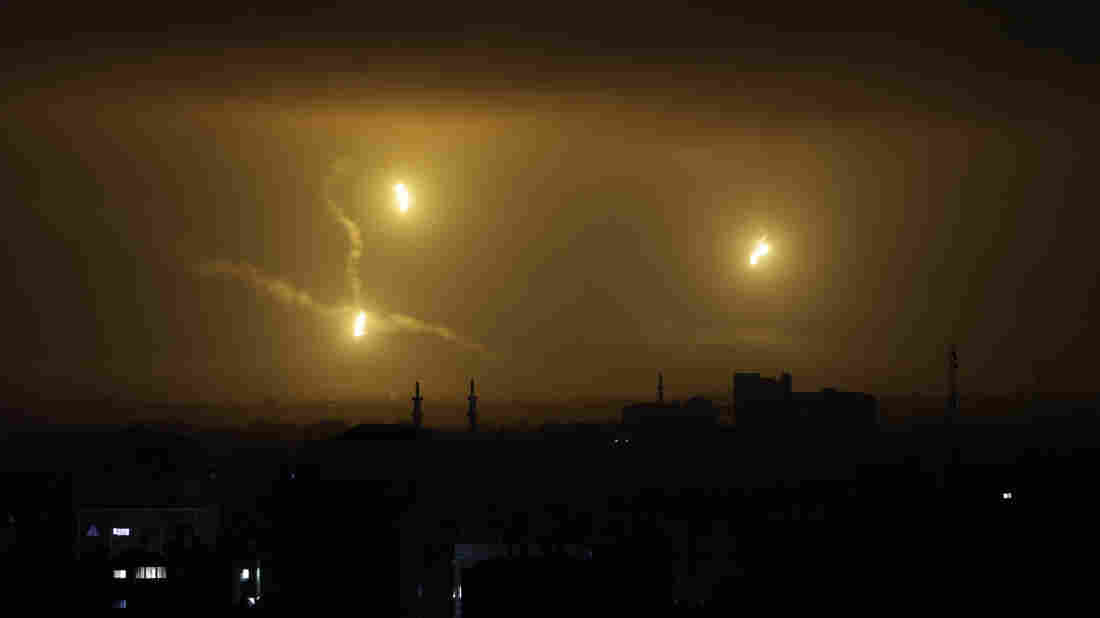 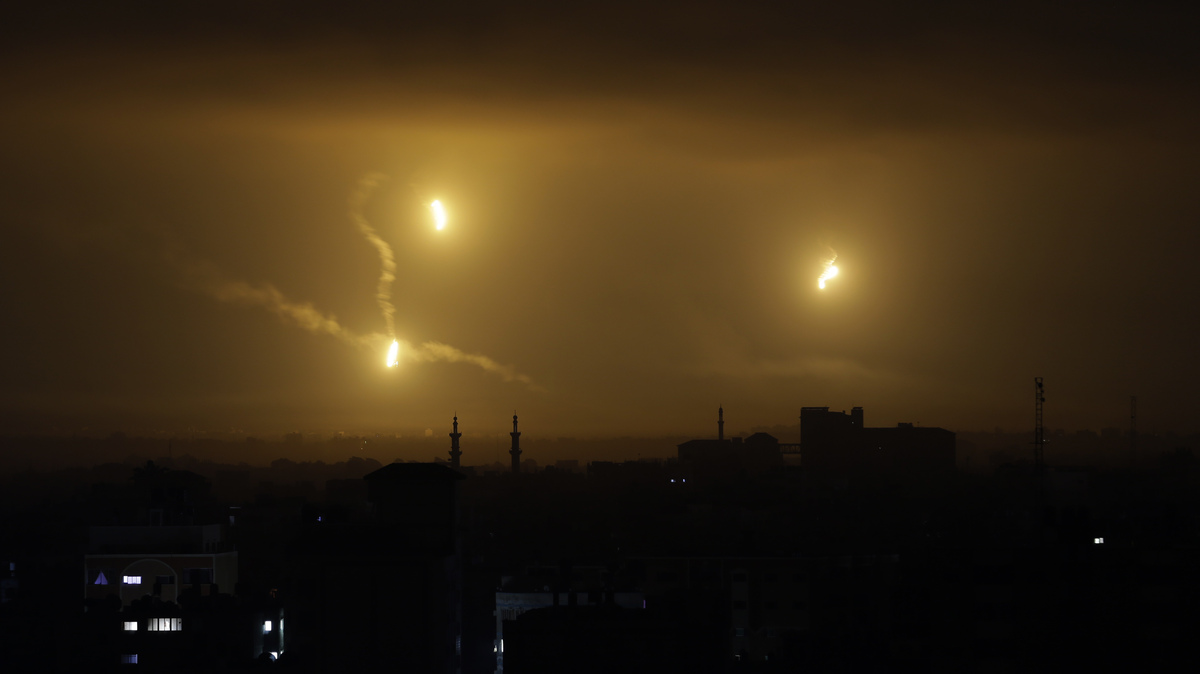 Flares light up the night sky over Gaza City early Friday, Aug. 1. Leaders of Hamas and Israel have agreed to begin a cease-fire Friday at 8 a.m. local time, the U.N. says.

A temporary peace will begin Friday morning in Gaza, as Israel and Hamas agree to an "unconditional humanitarian ceasefire," according to a statement by U.N. Secretary-General Ban Ki-moon and Secretary of State John Kerry.

The truce is set to begin at 8 a.m. local time Friday and last for 72 hours. U.N. Special Coordinator Robert Serry says he's been assured by officials from both Israel and Hamas that they will abide by the truce. The envoys will also travel to Cairo to negotiate a possible longer peace deal, in talks hosted by Egypt.

As NPR's Emily Harris reported earlier today, Gaza has been hit by water and power shortages.

From the statement from Ban and Kerry:

"This ceasefire is critical to giving innocent civilians a much-needed reprieve from violence. During this period, civilians in Gaza will receive urgently needed humanitarian relief, and the opportunity to carry out vital functions, including burying the dead, taking care of the injured, and restocking food supplies. Overdue repairs on essential water and energy infrastructure could also continue during this period."

News of the truce comes after the U.S. revealed it had allowed Israel "to dip into a little-known U.S. munitions stockpile" for ammunition, using some of the emergency ammunition to conduct its offensive in Gaza.