Accessibility links
Unemployment Ticks Up To 6.2 Percent; 209,000 Jobs Added : The Two-Way The latest report from the Bureau of Labor Statistics shows the rate for July was little changed from June's 6.1 percent. 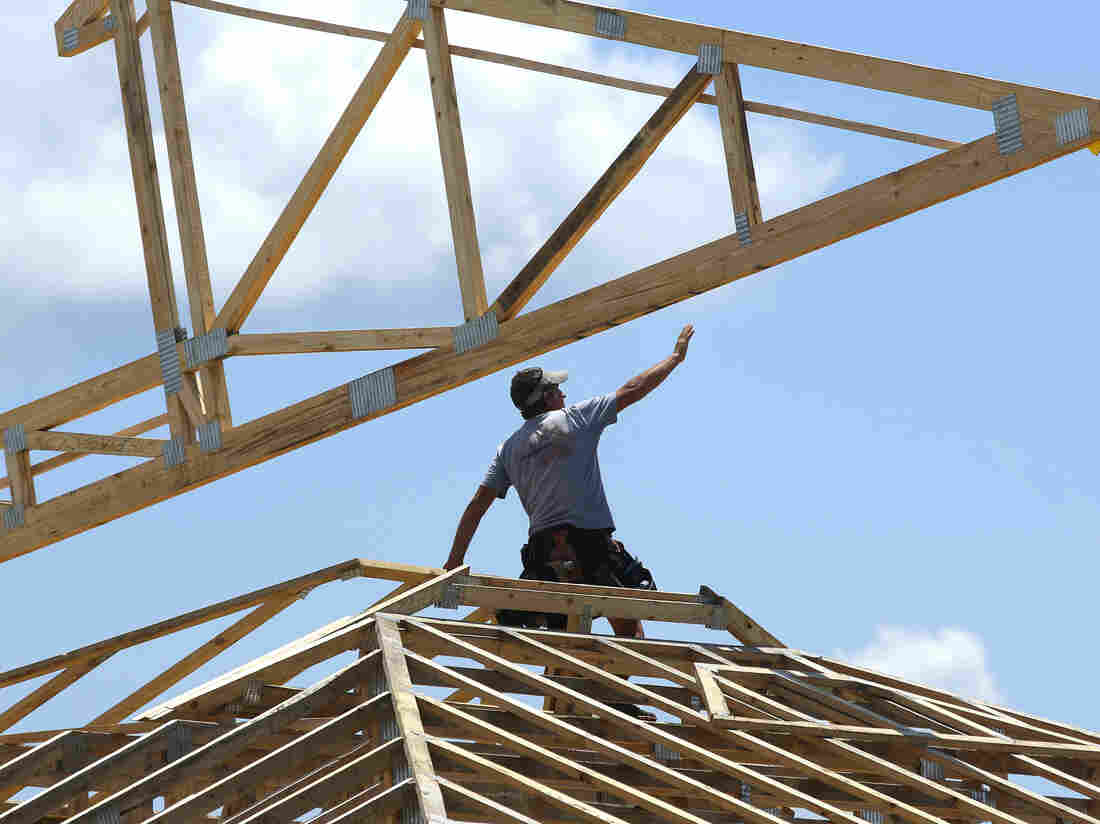 Construction workers building a commercial complex Thursday in Springfield, Ill., earlier this month. The sector has been on a gradual rebound following a devastating hit during the housing collapse in 2008. Seth Perlman/AP hide caption 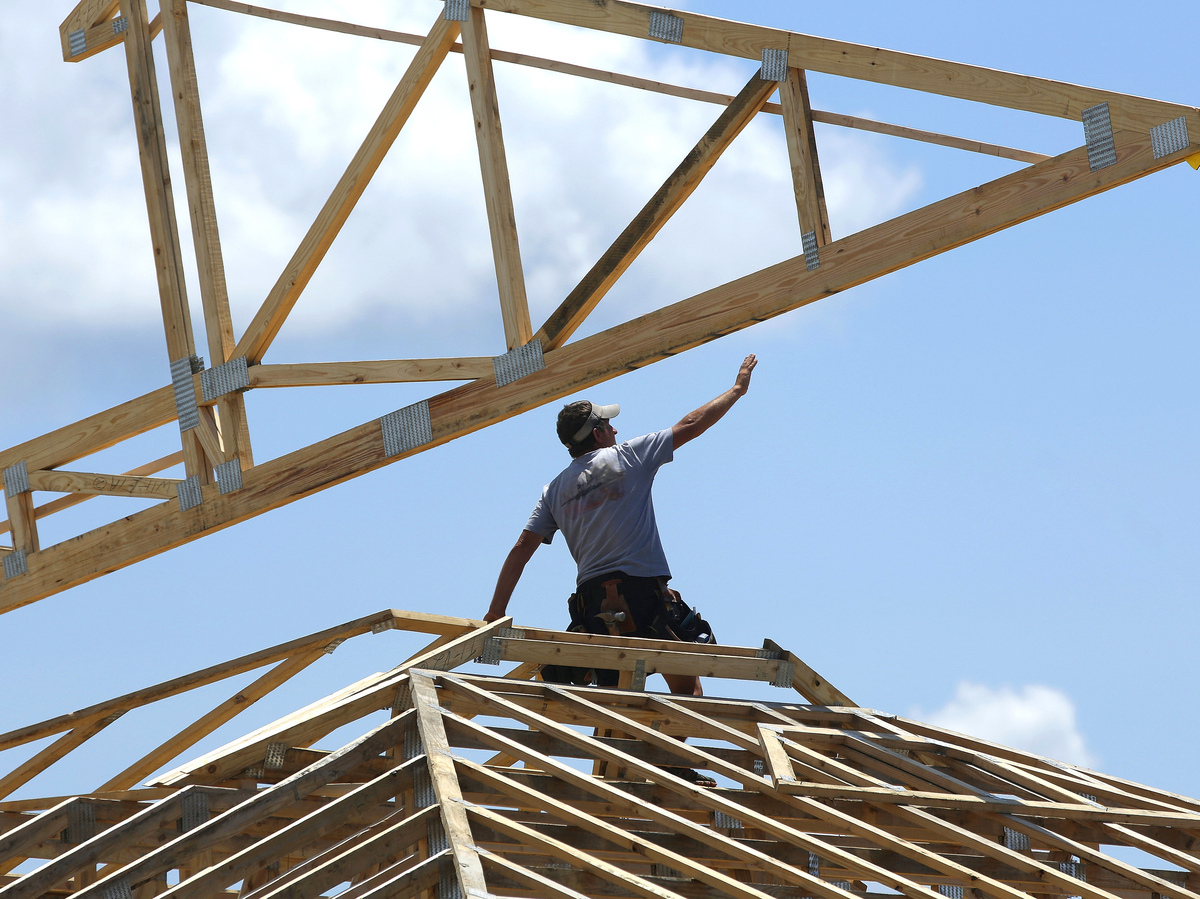 Construction workers building a commercial complex Thursday in Springfield, Ill., earlier this month. The sector has been on a gradual rebound following a devastating hit during the housing collapse in 2008.

The nation's unemployment rate moved up a bit in the month of July, to 6.2 percent, as more Americans who'd been sitting on the sidelines started looking for work, according to the latest monthly report released by the Bureau of Labor Statistics. Nonfarm payrolls increased by 209,000 jobs, a bit less than economists had expected.

Even so, according to Reuters, it marks "the sixth straight month that employment has expanded by more than 200,000 jobs, a stretch last seen in 1997." And The Associated Press says it represents "solid U.S. hiring."

AP says that while not everyone looking found a job, "the increase suggests that they are more optimistic about their prospects. The jobless aren't counted as unemployed unless they are actively seeking employment."

The BLS says the civilian labor force participation rate was at 62.9 percent, little changed from the previous month. The number of persons employed part-time for economic reasons was also unchanged, at 7.5 million.

The Bureau says that the manufacturing sector added 28,000 jobs in July, mostly in motor vehicles and parts, and that retail was up 27,000 jobs. The construction sector added 22,000 jobs.

A relatively strong jobs report would seem at first glance to buoy the markets after Thursday's sell-off, but according to CNBC, it could have the opposite effect: "Already markets are beginning to find dark clouds in what were once silver linings. Stocks fell sharply Thursday in part on the idea that an improving economy and pickup in inflation could push the Fed to raise interest rates more rapidly than expected."

And, as Forbes notes: "While the number of people out of work for more than six months has slowly chipped downward, long-term unemployment remains high. In addition, the number of Americans employed part time for economic reasons, either because their hours had been cut back or because they were unable to find full-time work, increased by 275,000 in June to 7.5 million. This may be better than prolonged joblessness, but it's not a path to sufficiency, let alone prosperity."