Accessibility links
Rosetta Spacecraft Arrives At Comet After 10-Year Chase : The Two-Way In November, Rosetta will release a lander about the size of a small refrigerator that will attempt to secure itself to the comet's surface using harpoons. 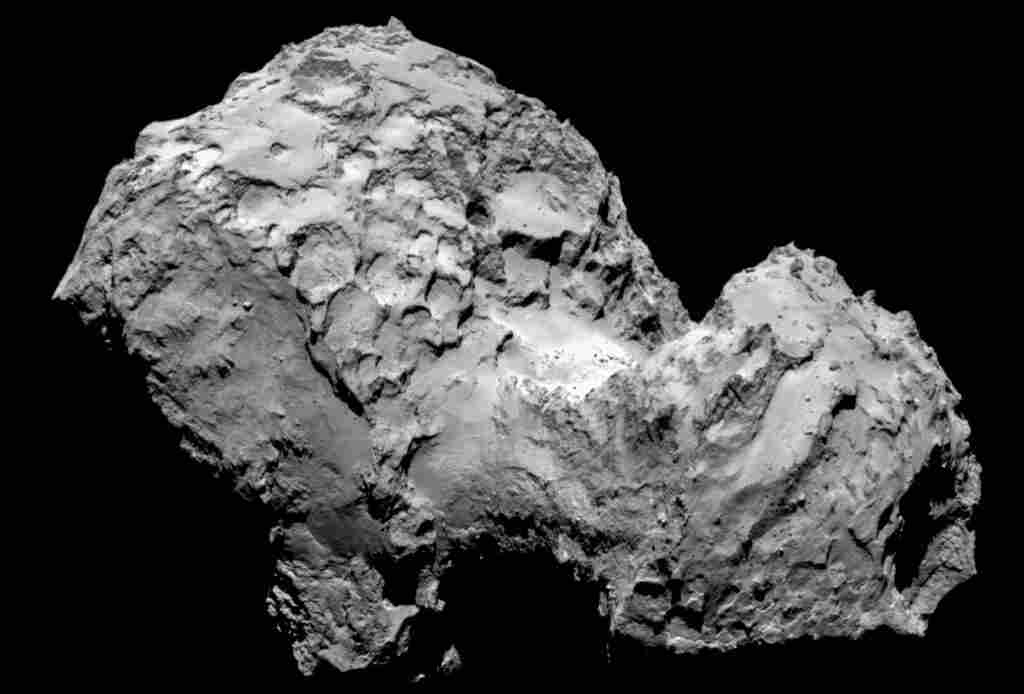 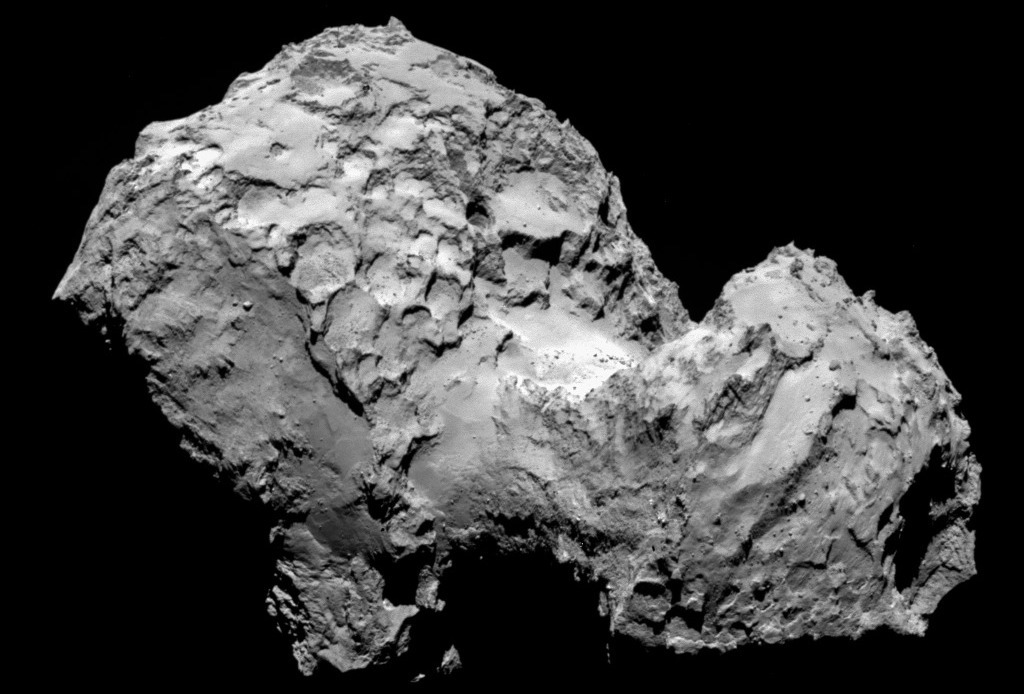 Rosetta's OSIRIS narrow-angle camera took this close-up of the comet 67P/Churyumov-Gerasimenko on Sunday.

After a decade of travel, the European Space Agency's Rosetta spacecraft arrived at a comet early this morning.

"Ten years we've been waiting in the car to get to scientific Disneyland," ESA's Mark McCaughrean said. "It's a wonderful moment."

The comet, called 67P/Churyumov–Gerasimenko, orbits the sun once every six years or so. It's an unusual shape — some say it looks like a rubber duck, others like the spaceship "Serenity" from the sci-fi series Firefly.

Rosetta will now stay with the comet as it travels around the sun. The spacecraft's scientific instruments will be used to probe everything from the dust thrown up by the comet, to its internal structure.

In November, Rosetta will release a lander about the size of a small refrigerator. The lander will float down to the comet's surface and attempt to secure itself using harpoons. Harpooning a comet would be a first for humanity.

Ultimately, researchers say studying comet 67P should teach them more about the origins of the solar system. Comets are thought to be leftover raw ingredients from when our sun and the planets formed. They may even have brought the water in Earth's oceans — seeding the planet for the birth of life itself.

Here's a look at the long and circuitous route Rosetta took to arrive at its destination: