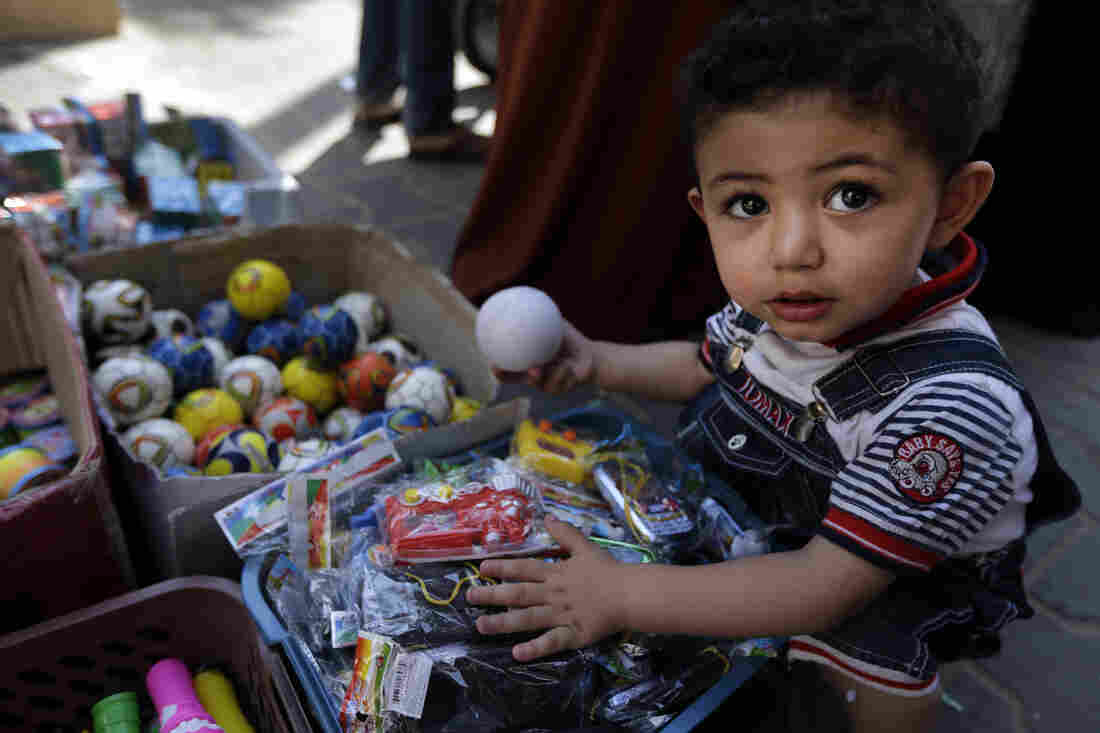 A Palestinian child goes through toys Wednesday at a vendor's stall in a market in Gaza City. Lefteris Pitarakis/AP hide caption 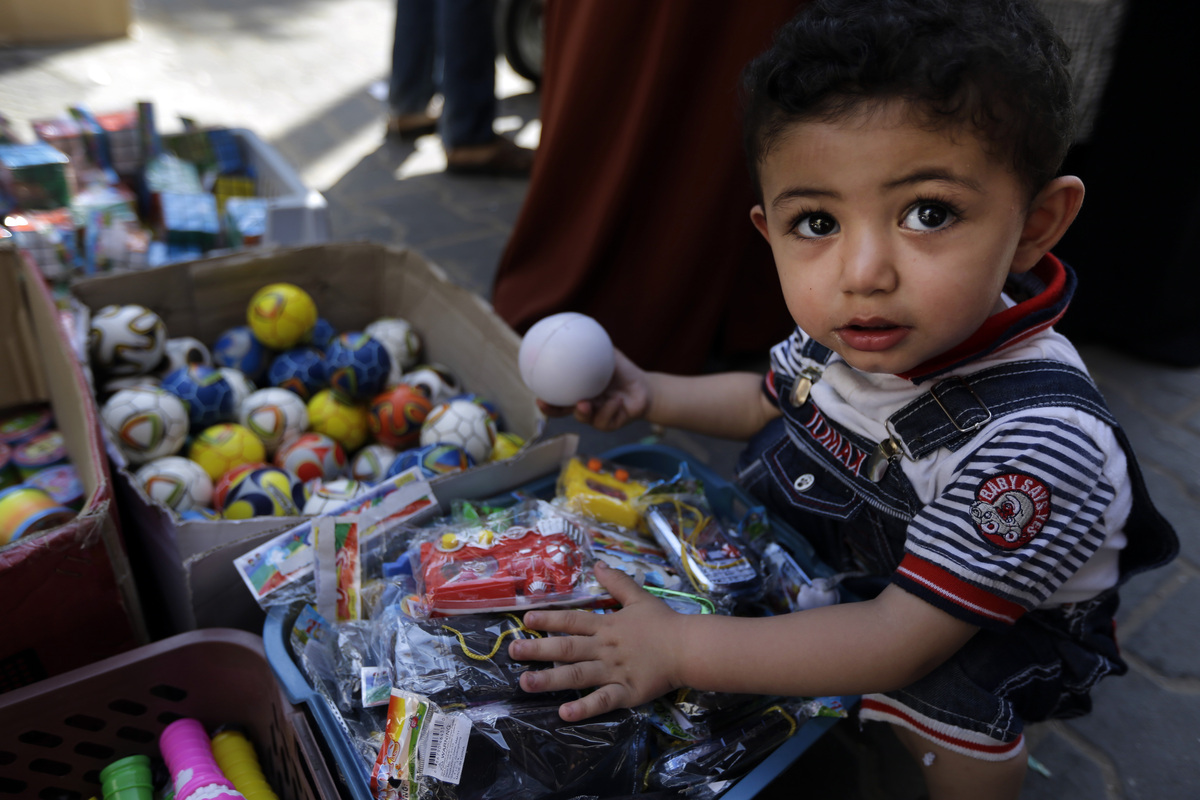 A Palestinian child goes through toys Wednesday at a vendor's stall in a market in Gaza City.

After nearly a month of brutal war, Gaza was calm for a second day on Wednesday.

And as that negotiated, three-day peace took hold, diplomacy stepped front and center.

In an interview with the BBC, U.S. Secretary of State John Kerry said both sides should take advantage of this moment to forge a longer-lasting peace.

Kerry said the U.S. supports Palestinians' desire to rebuild and open up borders, but that will happen only under a "bigger, broader approach to the underlying solution of two states."

"Some details have emerged about the negotiating points of Hamas, the Islamic militant group that controls Gaza, including an internationally funded reconstruction that would be overseen by a Palestinian unity government led by President Mahmoud Abbas.

"Meanwhile, Norway is organizing a donor conference and the Western-backed Abbas is expected to take the lead in overseeing the rebuilding in the coastal territory, which his Fatah movement lost to Hamas in 2007.

"The cease-fire is the longest lull in a war that has killed nearly 1,900 Palestinians. Israel has lost 67 people, including three civilians."

The New York Times reports that the key issue in these negotiations will be the potential disarmament of Hamas. Israel has said it will not ease its blockade of Gaza unless Hamas gives up its weapons.

The Times says that even though one part of Hamas is ready to broker a peace deal, its military arm will prepare for another war. Talking to Mousa Abu Marzook, a senior Hamas political leader, the newspaper explains:

"Hamas's civilian, political wing had put itself under the government, he said, and its political leaders continued to speak and set policy for the military wing. But he insisted that the Hamas fighters would remain outside the new government's control. 'Of course, they are outside the unity government,' he said."

In other words, this peace is tenuous and a longer-term deal will be difficult to forge.