Malaysia plans to nationalize its flag carrier Malaysia Airlines after back-to-back disasters and a 12-year stretch that saw the company restructured four times. NPR's Anthony Kuhn reports from Beijing that another complete restructuring will follow, in a bid to pull the airline out of its financial tailspin. 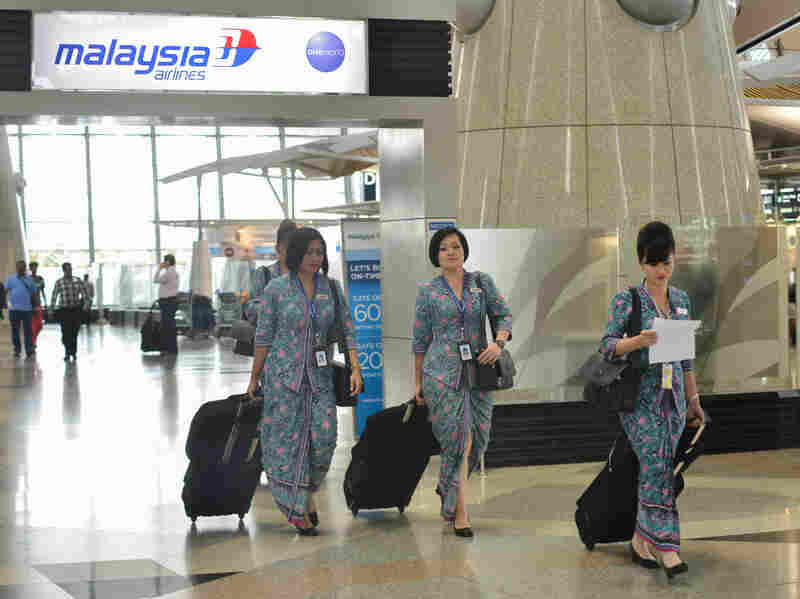 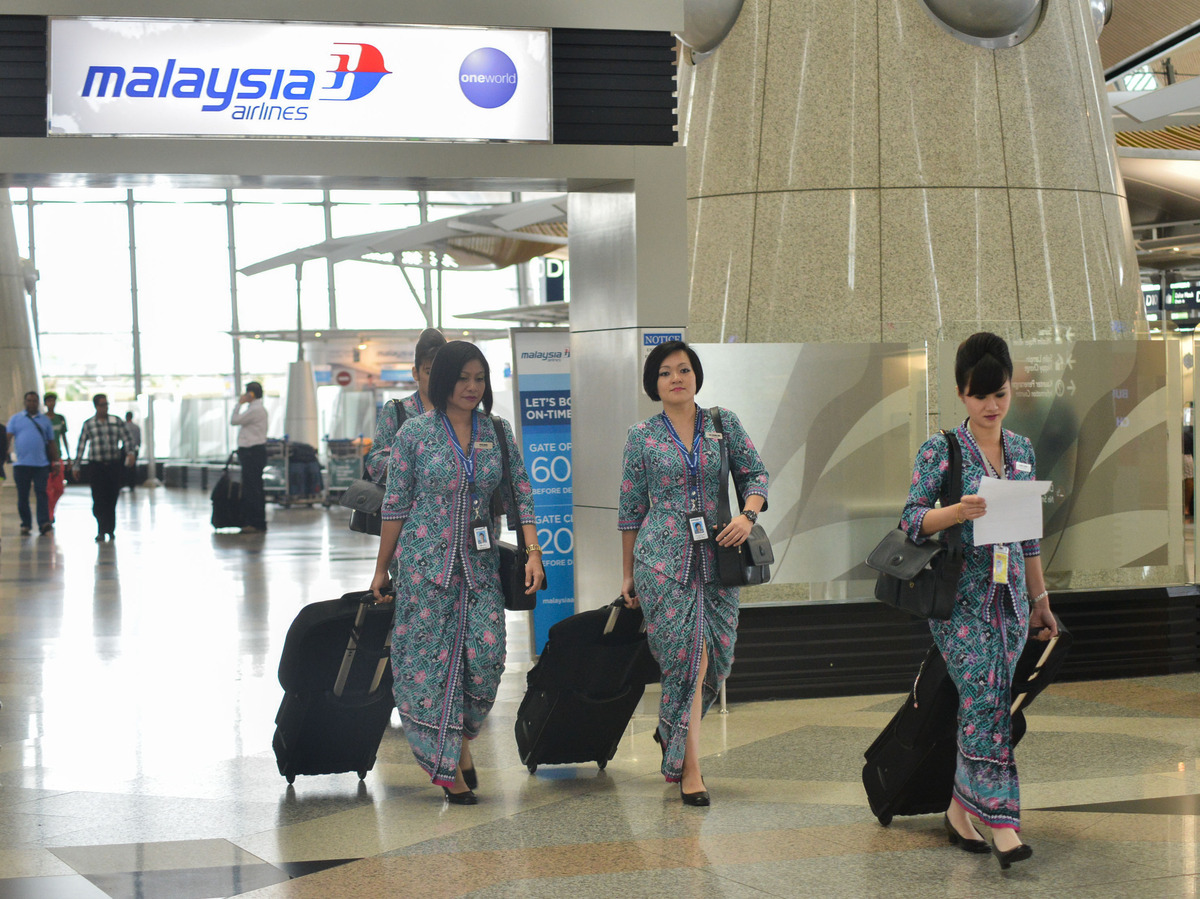 Flight attendants of Malaysia Airlines walk past their company's counter Friday at the Kuala Lumpur International Airport in Malaysia.

Malaysia's state investment company, Khazanah Nasional Berhad, owns 69 percent of Malaysia Airlines, and plans to spend nearly $430 million to buy out minority shareholders — making it a fully state-owned enterprise. Trading in the company's stock on the national exchange has been suspended.

Analysts say Malaysia Airlines has been outperformed by more efficient competitors, and has been losing an estimated $1.7 million a day, Kuhn reports.

Malaysian Official: Fate Of MH370 May Never Be Known

The first challenge, The Associated Press reports, will be trimming expenses.

"Top of the list is trimming staff, which at nearly 20,000 is 'relatively sizeable' compared with other full service carriers such as Singapore Airlines and Cathay Pacific Airways, analyst Jerry Lee of RHB Bank wrote in June. But staff cuts have always been a politically sensitive issue because the airline is state-owned.

"Experts say the airline could also reduce its fleet. Passenger capacity has risen in recent years as the airline brought in new planes, forcing it to discount airfares aggressively to fill enough seats. There's also talk the carrier could sell its profitable maintenance division."

The airline also will have to recover consumer confidence after losing two planes in four months. In March, Flight 370 disappeared from radar with 239 people on board.

An expensive, confusing and much-criticized hunt followed in which the areas being searched shifted multiple times, before finally settling in a huge swath of the southern Indian Ocean. The beacon emitted by the plane's black box likely died just days later, and the wreckage has not yet been found.

Then in July, a plane carrying 298 people from Amsterdam to Kuala Lumpur, Malaysia, was shot down while flying over eastern Ukraine, killing everyone on board. American analysts say the plane was destroyed by Russian-aligned separatists in the region, a charge they deny.

A previous version of this post incorrectly said a Malaysia Airlines plane was shot down over Ukraine in June. Flight 17 was shot down July 17.