Accessibility links
29 State Attorneys General Ask FDA To Strengthen E-Cig Regulations : The Two-Way The attorneys recommend that the FDA ban flavored electronic cigarettes and restrict advertising in the same way it does for traditional cigarettes. 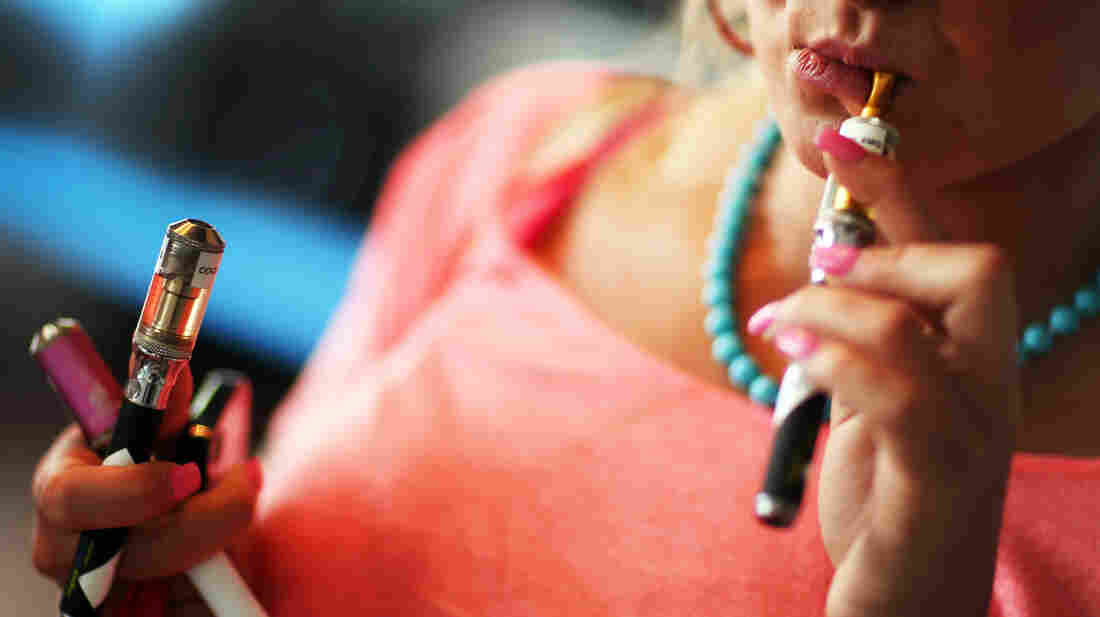 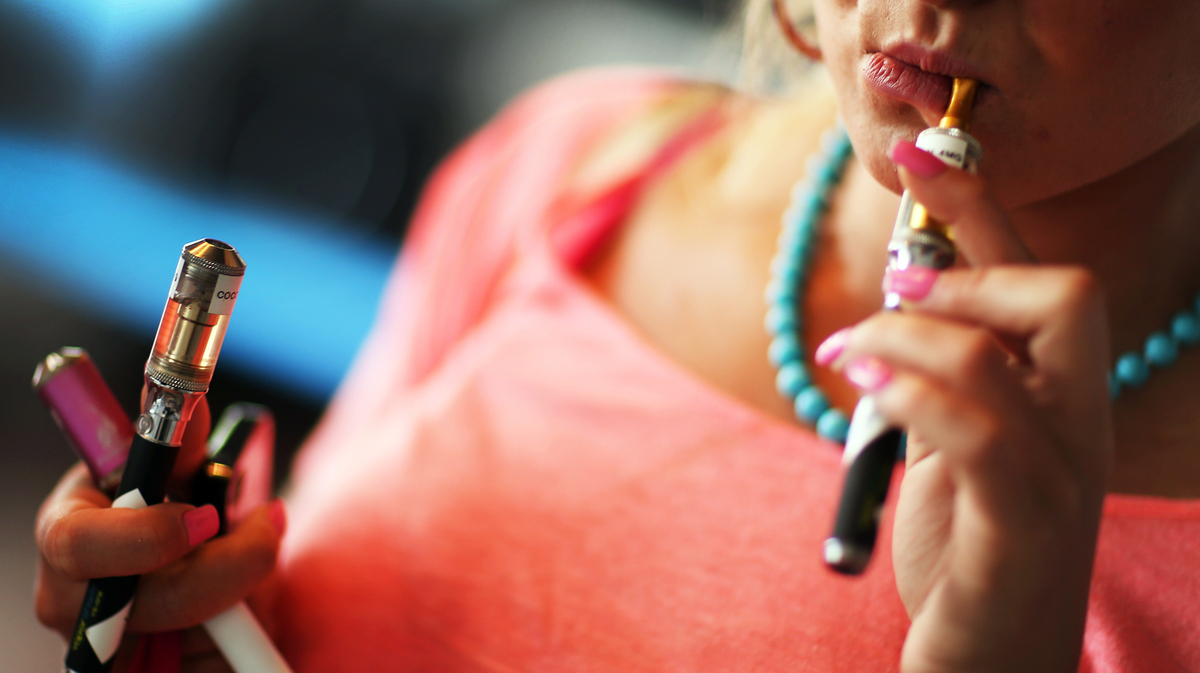 A woman tries electronic cigarettes at a store in Miami.

A group of 29 state attorneys general is asking the Food and Drug Administration to tighten their regulation of electronic cigarettes.

In a letter (PDF), the attorneys ask the FDA to prohibit flavored e-cigarettes and to restrict advertising and marketing in the same manner it does for traditional cigarettes.

"E-cigarettes have all the addictive qualities of regular, combustible cigarettes, yet they are completely unregulated by the FDA," New York Attorney General Eric T. Schneiderman said in a statement. "While we applaud the FDA's proposal to start regulating these tobacco products, it falls far short of what is needed to protect our youth. Each year, electronic cigarette companies spend millions of dollars advertising their product — often on prime-time television — glamorizing smoking in the same way combustible cigarettes did before those commercials were banned."

As our friends at Shots have reported, the FDA has proposed regulating e-cigarettes. The FDA had attempted to do so in the past, but that plan was thwarted in court. The latest attempt to regulate the industry came in April. A public comment period to its proposed regulation ends on Friday.

The Wall Street Journal reports that the call from the AGs comes just as the popularity of e-cigarettes is growing. The Journal explains:

"The products represent a small but fast-growing alternative to traditional smoking. U.S. sales of e-cigarettes could top $2 billion this year, according to some industry estimates.

"E-cigarettes are currently sold in thousands of flavors, ranging from chocolate to cherry, at convenience stores, specialty "vape" shops and over the Internet. E-cigarette advertisements also appear on television—four decades after TV ads for cigarettes were banned."

One key in the debate over e-cigarettes is that the jury is still out on the health effects of the devices.

"In a recent review of research on e-cigarettes, researchers at the University of California-San Francisco found that although the long-term health effects of e-cigarettes are still largely unknown, they emit potentially harmful substances into the air and can be a source of indoor pollution.

"The researchers also found that e-cigarettes actually reduce the likelihood that people will quit smoking, in contrast to advertising claims that firing up an e-cig will help people kick the habit."