Accessibility links
Iraq Claims Militants Executed Hundreds Of Minority Yazidis : The Two-Way The country's human rights minister tells Reuters that the dead from a massacre at Sinjar in northwestern Iraq were buried in mass graves by Islamic State fighters. 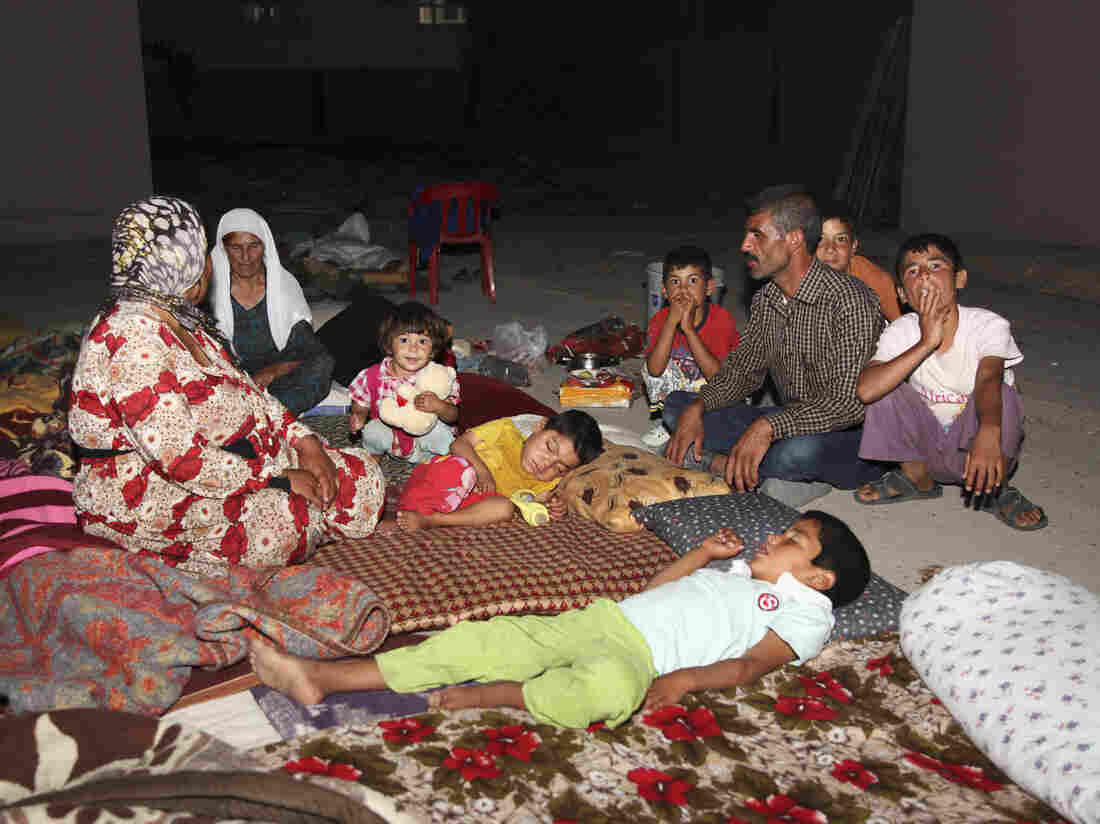 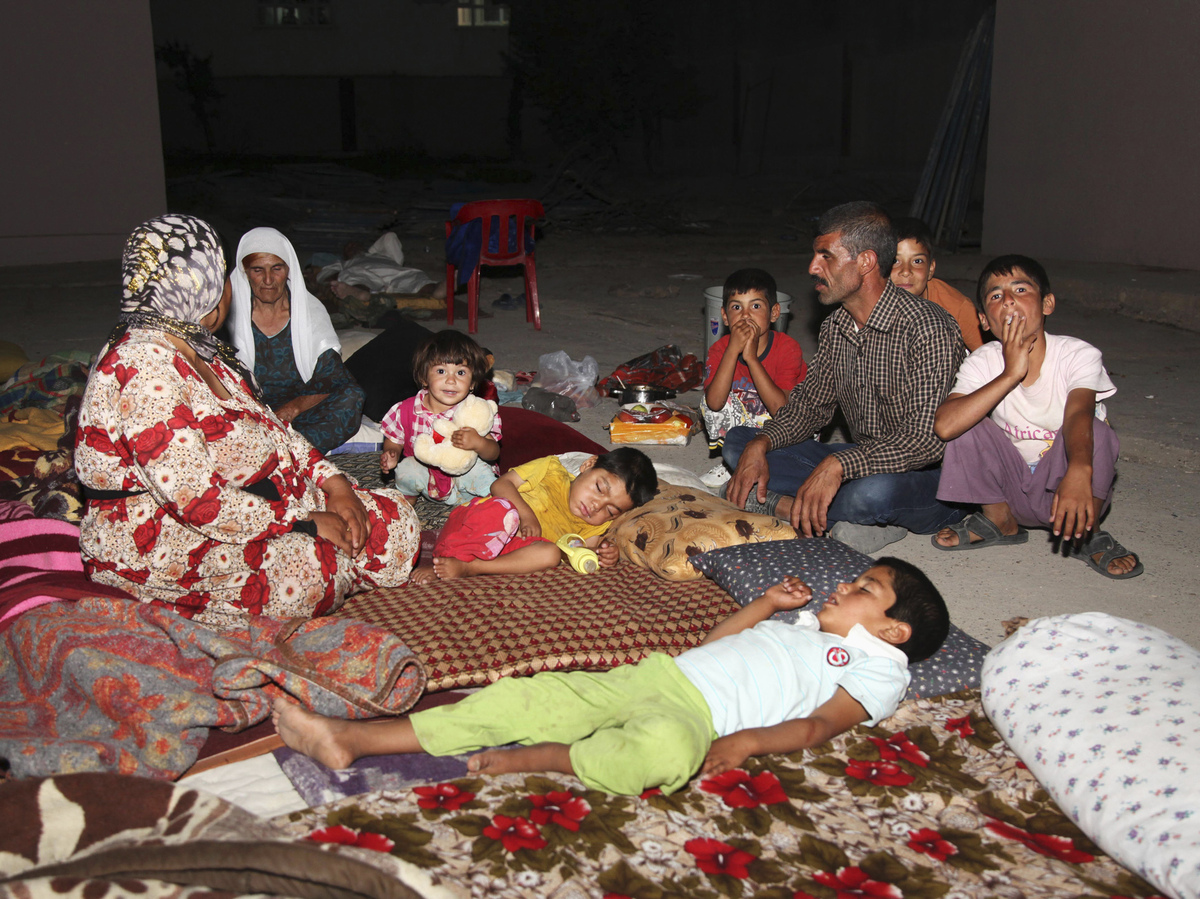 Displaced people from the minority Yazidi sect, fleeing violence in the Iraqi town of Sinjar west of Mosul, take refuge at Dohuk province, on Saturday.

A Baghdad government minister says at least 500 members of Iraq's minority Yazidis have been killed by Islamic militants.

Iraq's human rights minister, Mohammed Shia al-Sudani, tells Reuters that he has evidence that the Sunni militants had thrown the Yazidi dead into mass graves, adding that some of those buried alive were women and children. About 300 women had been forced into slavery, he said, although he did not say when the alleged massacre took place.

"We have striking evidence obtained from Yazidis fleeing Sinjar and some who escaped death, and also crime scene images that show indisputably that the gangs of the Islamic States have executed at least 500 Yazidis after seizing Sinjar," Sudani told Reuters. "Some of the victims, including women and children, were buried alive in scattered mass graves in and around Sinjar."

However, Iraq's deputy human rights minister, speaking with NPR, later qualified the statement, saying the number of 500 Yazidis killed in the last four days is an estimate and that it includes those who died of hunger or thirst. The official also he is not sure if the number of 300 women forced into slavery was accurate.

The claims come as the U.S. conducted more airstrikes aimed at armored personnel carriers and trucks being used by Islamic State militants, also known by the acronyms ISIL and ISIS.

The U.S. Central Command says the militants were firing indiscriminately on members of the Yazidi minority taking shelter in the mountains outside the town of Sinjar, according to The Associated Press. U.S. and Iraqi aircraft also have dropped aid for thousands trapped on a mountaintop.

A statement issued by CentCom said "a mix of [jet] fighters and remotely piloted vehicles," i.e., drones, conducted "multiple airstrikes ... to defend Kurdish forces near Irbil" in northwestern Iraq. The attacks were targeted at militant trucks and mortar positions, it said.

Meanwhile, France echoed calls from the U.S. and U.K. urging Iraq's politicians to form a unity government to combat the militant threat.

"Iraq is in need of a broad unity government, and all Iraqis should feel that they are represented in this government and ... in this battle against terrorism," French Foreign Minister Laurent Fabius said during a visit to Iraq aimed at boosting humanitarian efforts to aid the tens of thousands Yazidis trapped near Irbil.

The comments from France's top diplomat follow similar remarks by President Obama on Saturday. He said Iraq must have a legitimate government to deal with the insurgency.

Obama called the humanitarian and military crises in Iraq "a long-term project" and said the U.S. would continue to provide assistance, including military support, but he ruled out the return of U.S. ground troops, the last of which were withdrawn in 2011.

In a joint news conference today with Fabius, Iraqi Kurdish President Masoud Barzani called on the international community to provide direct military support to his fighters. "We are not fighting a terrorist organization, we are fighting a terrorist state," he said, according to Reuters.

Pope Francis today also expressed his outrage at the violence against religious minorities in Iraq, saying the situation "leaves us in disbelief."

In his traditional Sunday blessing, Francis spoke of "the thousands of people, including Christians, who have been brutally forced from their homes, children who have died from thirst during the escape and women who have been seized."