Accessibility links
St. Louis Police: Black Teen Shot In Altercation With Officers : The Two-Way An 18-year-old man identified as Michael Brown, who was reportedly unarmed, was shot several times and killed on Saturday in what police say was a struggle that ensued after he assaulted an officer. 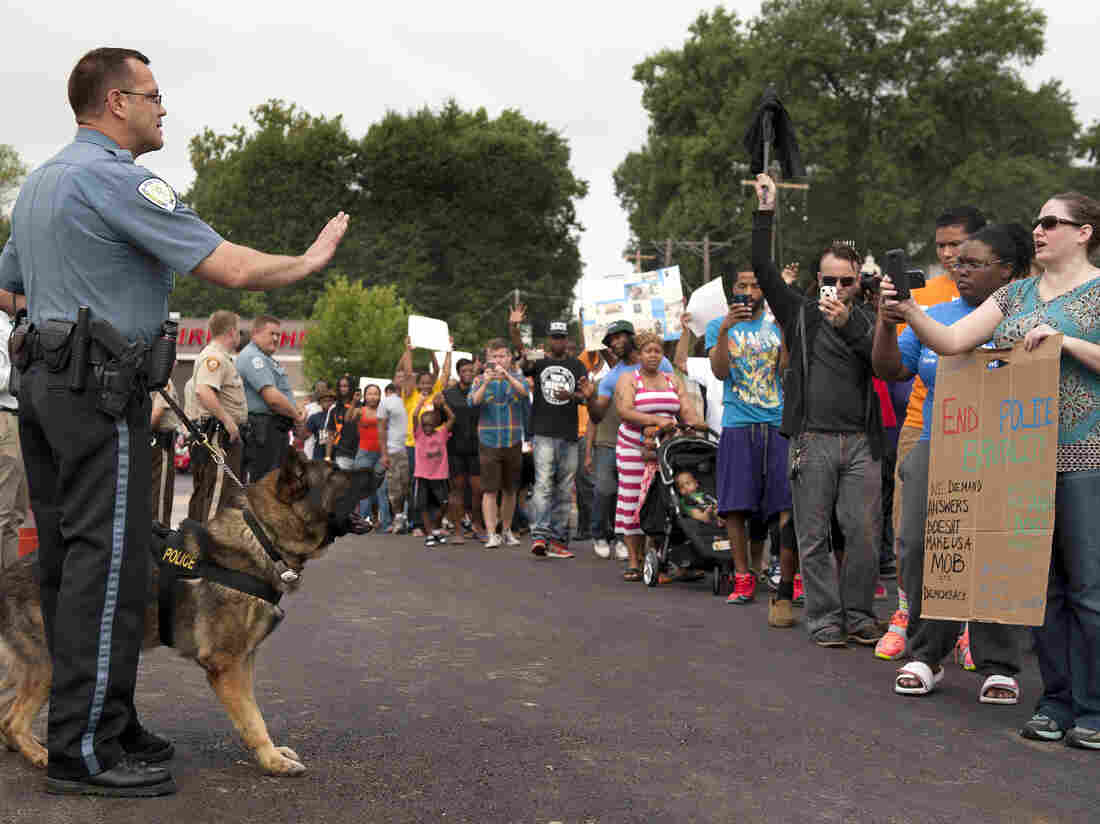 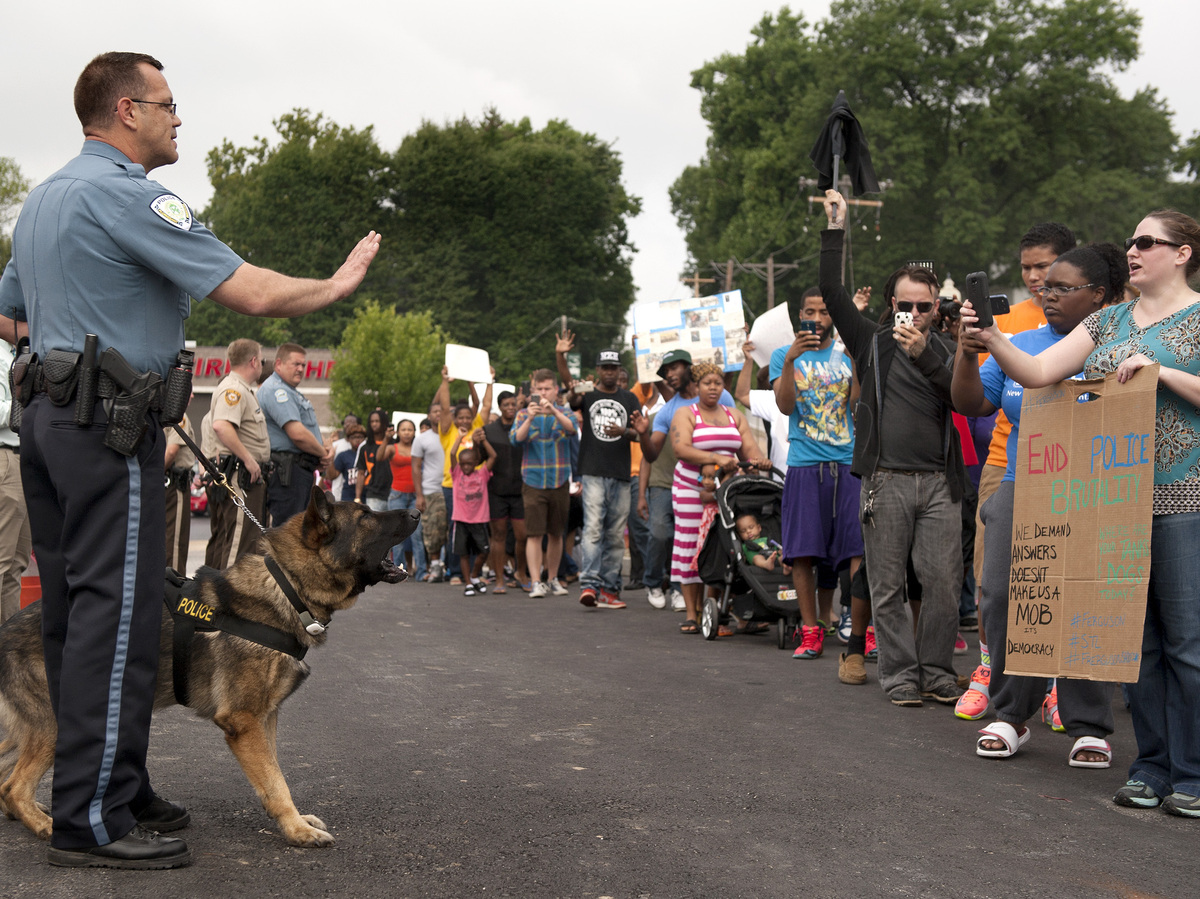 Protesters confront police Sunday after the shooting of 18-year-old Michael Brown by police in Ferguson, Mo.

The chief of the St. Louis County Police says a black teenager fatally shot by officers Saturday was killed during an altercation with authorities.

But as Chief Jon Belmar was speaking at a news conference Sunday morning, a few hundred angry protesters carrying signs converged on the police station taunting police with chants of "Don't shoot me," according to The Associated Press.

The AP says officers stood at the top of a staircase and stopped the crowd without using force. The confrontation reportedly continued for several hours, with some of the protesters shouting obscenities and some threats, such as "kill the police," AP says.

Police have not released the victim's name, but family members have identified him as 18-year-old Michael Brown. However, Belmar confirmed that the victim was unarmed.

Camille Phillips of member station KWMU in St. Louis reports that the police chief wouldn't say whether Brown was fleeing at the time of the shooting. He said he couldn't get into those types of questions because he hadn't sat down with the St. Louis County prosecuting attorney yet.

"I don't want to do anything that would ever prejudice this case on either side of it," Belmar said.

KSDK-TV, St. Louis, reports: "Belmar said the incident started when Brown physically assaulted the police officer, pushing him into the officer's vehicle. He said there was a struggle inside the car, and at some point Brown reached for the officer's weapon. One shot was fired inside the vehicle."

The AP says the struggle then "spilled out into the street where the teenager was shot. ... Shell casings found at the scene matched the officer's gun. Belmar said the teen was shot multiple times.

"It was more than just a couple," he said.

"The medical examiner is conducting an investigation to determine how many times Brown was shot. It will take several weeks before toxicology results are available.

"After the shooting, Belmar said Ferguson Chief Tom Jackson called him and asked the county to take over the investigation.

"Belmar said when the investigation is complete, the findings will be turned over to the St. Louis County Prosecuting Attorney's Office. They will determine if charges should be filed."

The St. Louis County NAACP said Saturday that the FBI should get involved "to protect the integrity of the investigation," AP says.