Accessibility links
West African Border Crossings On Lockdown Amid Ebola Spread : The Two-Way Guinea denied earlier reports that it had closed its border with neighboring Liberia, but sources on the scene say trucks are blocking the crossings. 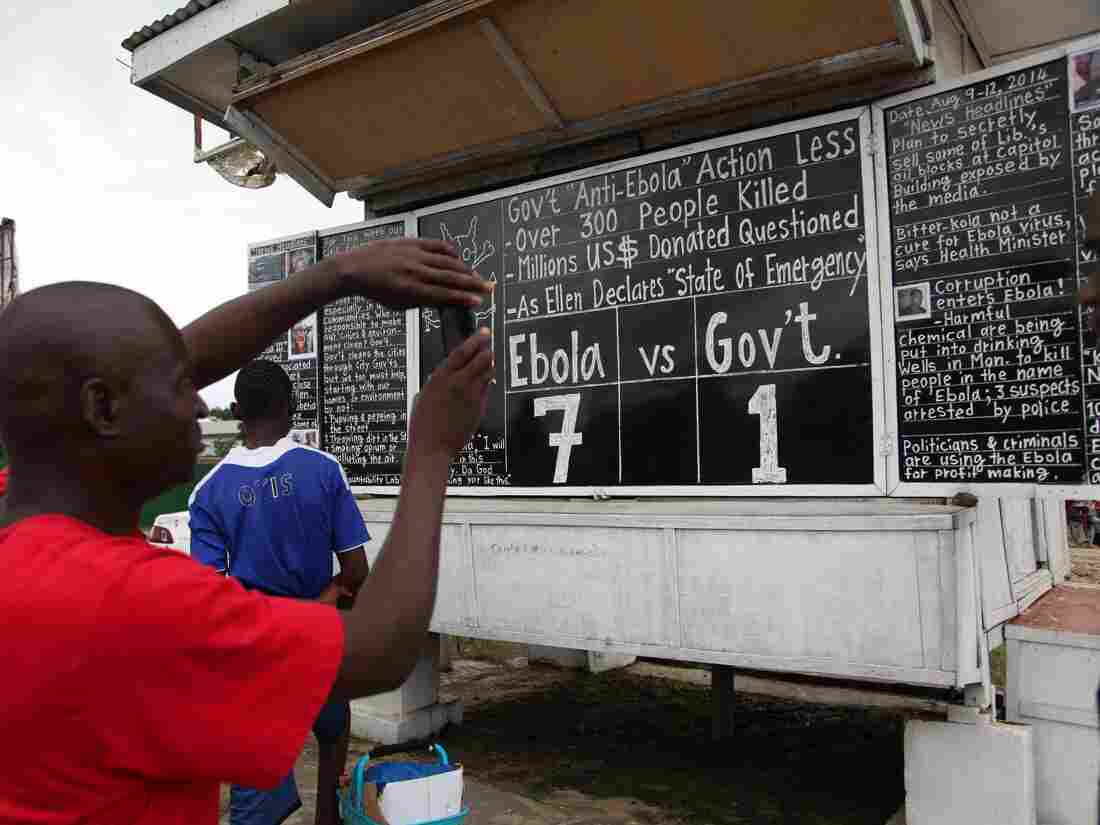 Liberians read the Daily Talk chalk board on the Ebola outbreak in the capital, Monrovia, on Saturday. According to statistics from the World Health Organization, 959 patients have died from Ebola in West Africa. Ahmed Jallanzo/EPA/Landov hide caption 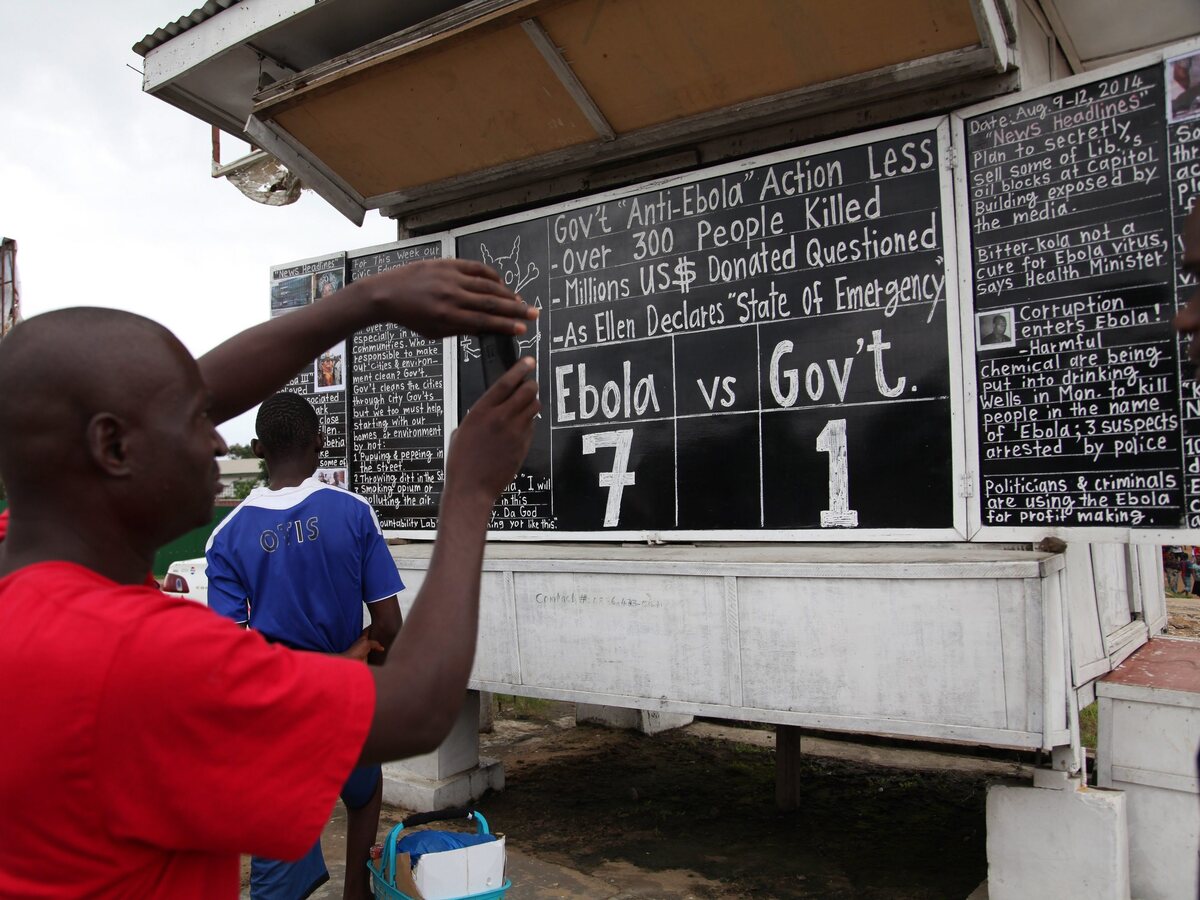 Liberians read the Daily Talk chalk board on the Ebola outbreak in the capital, Monrovia, on Saturday. According to statistics from the World Health Organization, 959 patients have died from Ebola in West Africa.

The government in the West African nation of Guinea is denying reports that it has sealed its borders with neighboring Liberia and Sierra Leone in response to the Ebola outbreak.

Guinea's health minister said Saturday that it had closed its borders with the two countries to prevent infected people from entering. State television in Guinea later said, however, that it had only instituted special health measures at border posts, according to the BBC.

Even so, journalists at the border say that large trucks have blocked people, including Guineans, from crossing and that many were being forced to pay officials to enter the country.

The BBC also quoted an unnamed official from the aid group Doctors Without Borders as saying that Liberia has underrepresented the figures on infections and that its health system was "falling apart."

Lindis Hurum, an emergency coordinator for the private aid organization in Liberia, tells NPR's Jason Beaubien that in the Liberian capital, Monrovia, the situation is "catastrophic" with at least 40 health workers infected in recent weeks.

"Most of the city's hospitals are closed, and there are reports of dead bodies lying in streets and houses," Hurum says.

He said Doctors Without Borders is reinforcing its current team of nine international staff and 10 Liberian staff in the country, but that the organization is reaching the limits of its capacity, and there is a dire need for the WHO, Ministry of Health and other organizations to rapidly and massively scale up the response in Liberia.

NPR's Ofeibea Quist-Arcton, reporting from Freetown, Sierra Leone, says: "Soldiers are being deployed in Liberia and Sierra Leone to seal off Ebola hot spots and restrict people's movements. National emergencies have been declared in Sierra Leone, Liberia and Nigeria — the latest to be hit by Ebola. Faraway Zambia, in southern Africa, has slapped a ban on travelers entering from Ebola-affected countries, while restricting Zambians from traveling to those nations."