Accessibility links
Look For The Super-Est Moon Of The Summer : The Two-Way The second of three so-called "supermoons" this year can be seen under clear skies Sunday night, but some argue the term is a bit of a stretch.

Look For The Super-Est Moon Of The Summer

Look For The Super-Est Moon Of The Summer 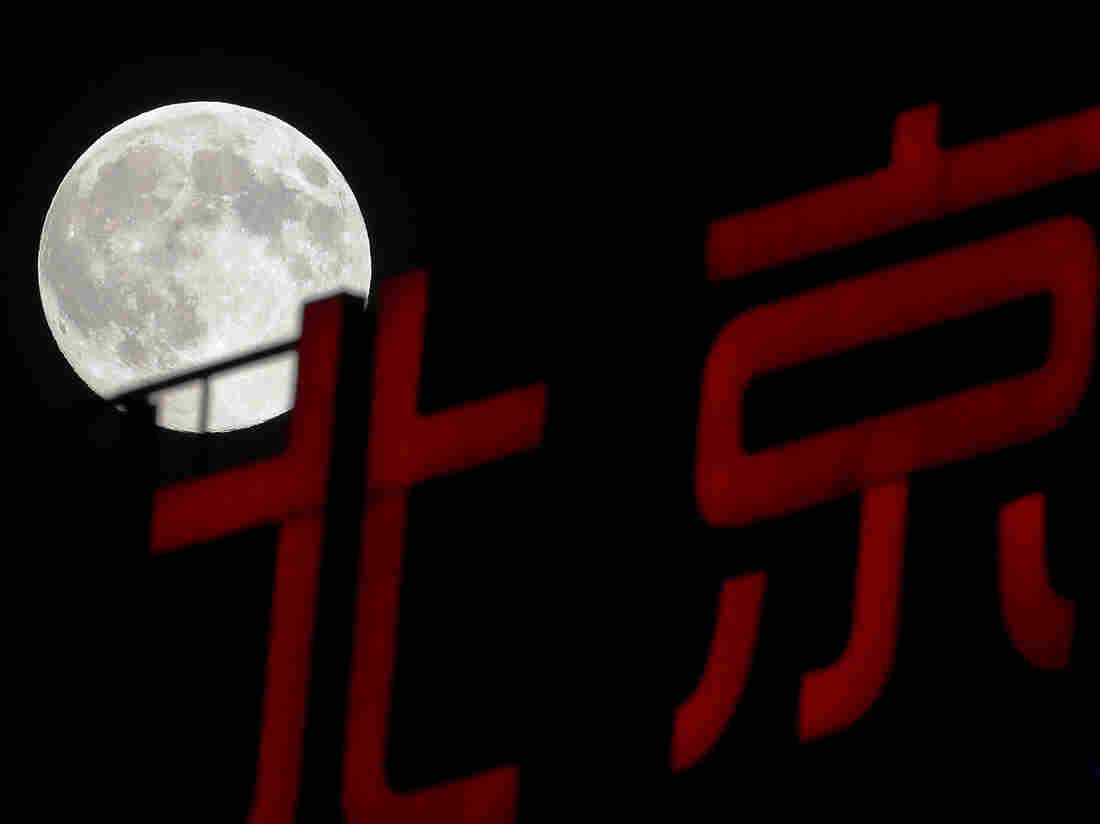 The supermoon rises over Beijing on Sunday. The phenomenon, which scientists call a "perigee moon," occurs when the moon is near the horizon and appears larger and brighter than other full moons. Andy Wong/AP hide caption 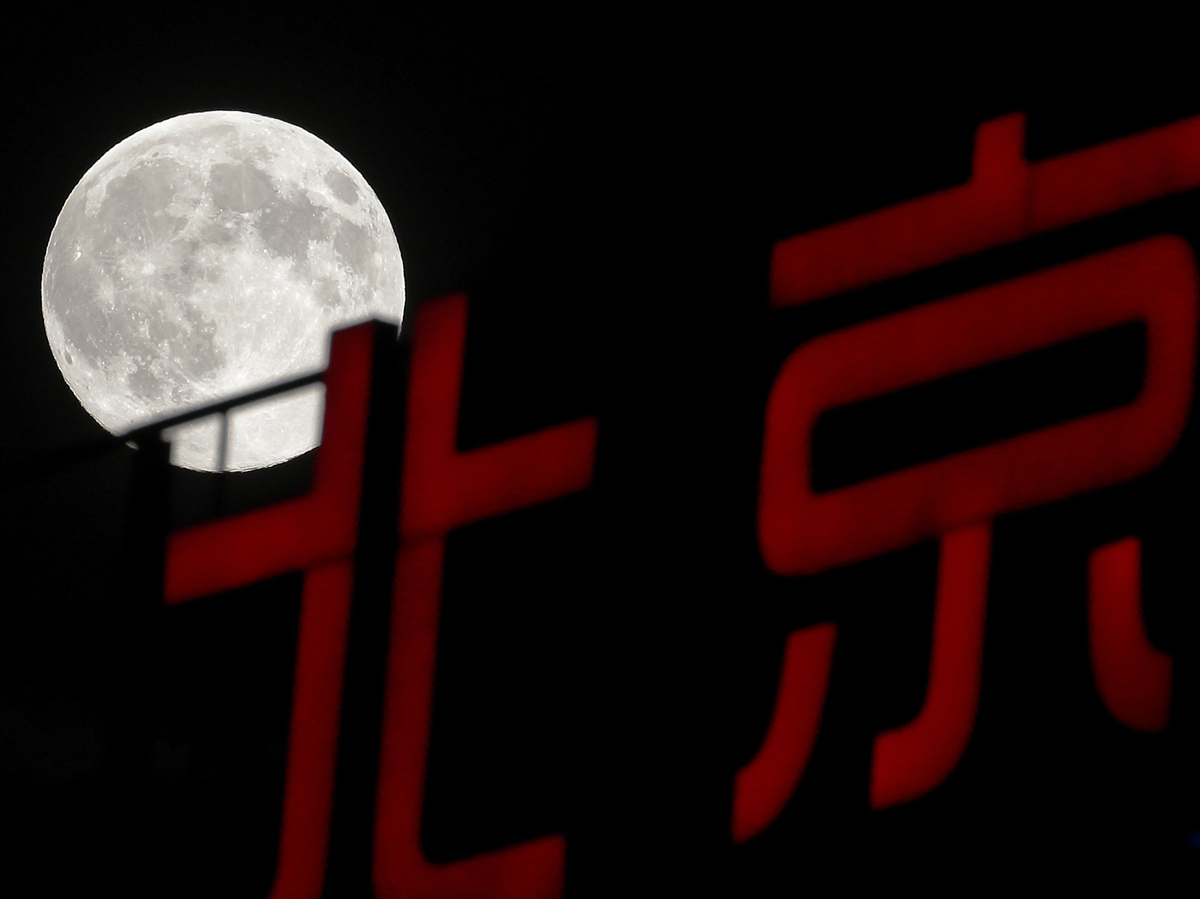 The supermoon rises over Beijing on Sunday. The phenomenon, which scientists call a "perigee moon," occurs when the moon is near the horizon and appears larger and brighter than other full moons.

We've already had one "supermoon" this summer and there's another one due next month, but the one you might see Sunday night has astronomy fans running out of lunar superlatives. National Geographic is calling it an "extra-supermoon."

"Thanks to coincidental timing of the moon being at its closest approach to Earth for 2014, at 221,765 miles (356,896 kilometers) away, while in its full phase this week our planet's companion will appear 16 percent larger and 30 percent brighter than usual. [See below]

"While some are calling it a supermoon, the astronomical community prefers to use the term 'perigee full moon,' and point out that they are not all that rare since the alignment between a full moon phase with perigee occurs every year."

Even so, long-time skywatcher Joe Rao takes exception with the supermoon title, which he thinks should be reserved for the sort of event we saw in March 2011 when the moon was especially close:

"[Now] we are 'watering down' the supermoon definition even more ... last month's full moon on July 13 as well as next month's full moon on Sept. 8 are also being branded as supermoons, seemingly because they fall within 90 percent of moon's closest approach to Earth, or to put it in other words, within the top 10 percent of the closest full moons. Even some NASA websites now endorse this definition. So now in most years we have not just one but three supermoons."

Rao also notes that the supermoon term was never used until astrologer Richard Nolle used it in 1979, and it didn't really catch on until 2011. Further, many mainstream media organizations (NPR included) have gotten some of their supermoon facts wrong in the past. The moon doesn't appear 14 percent, or 16 percent and certainly not 30 percent larger than normal, he says. It's more like 7.2 percent bigger (see the detailed explanation of why here).