Accessibility links
WATCH: Rescue Mission In Iraq Leaves Everyone Onboard In Tears : The Two-Way New footage shows dramatic operations to help people stranded in mountains in northern Iraq. As people flee militants, the Pentagon says its airstrikes have slowed but not stopped the Islamic State.

WATCH: Rescue Mission In Iraq Leaves Everyone Onboard In Tears

WATCH: Rescue Mission In Iraq Leaves Everyone Onboard In Tears 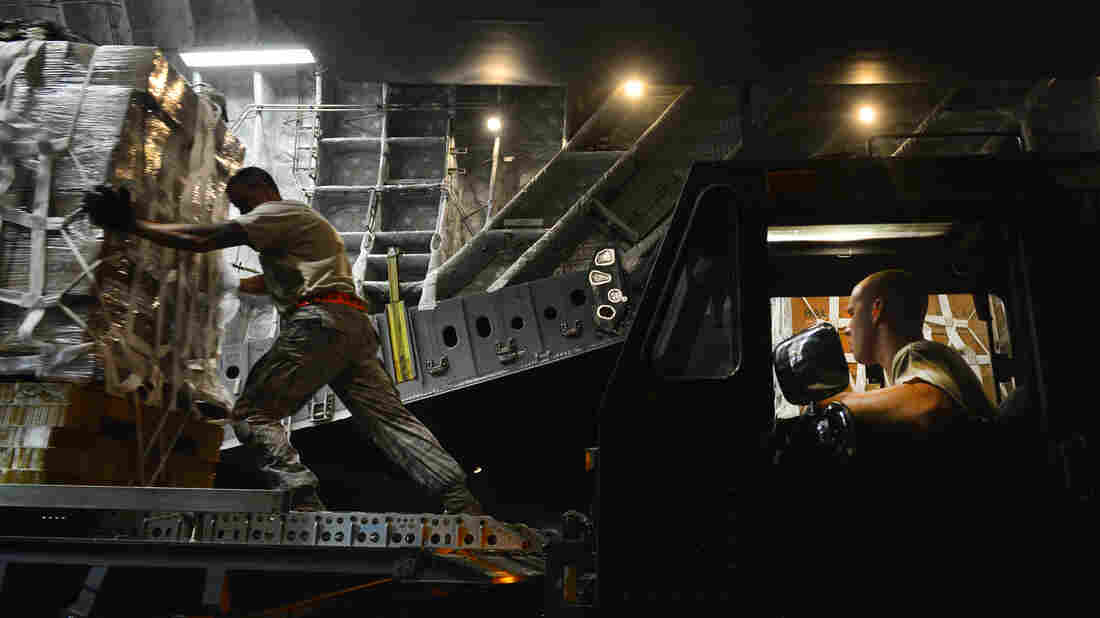 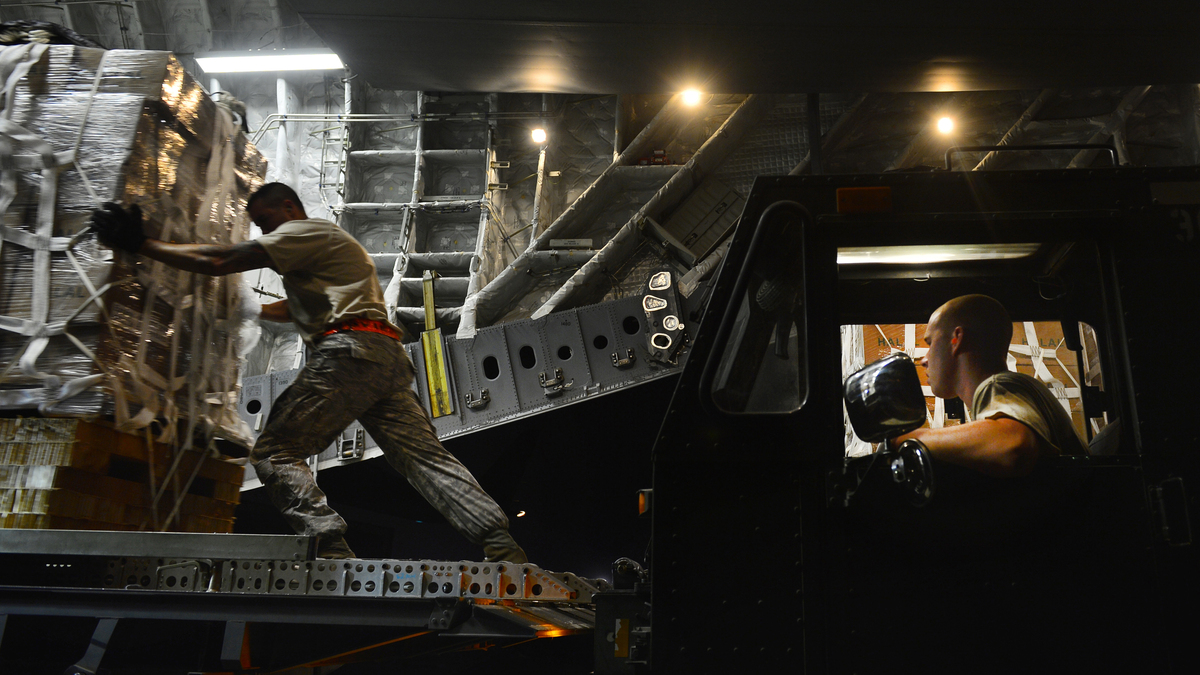 Newly released visuals of airstrikes and humanitarian missions in northern Iraq are providing a glimpse into the chaos and desperation in the region, amid political turmoil that has politicians battling for power.

In a press briefing Monday afternoon, the Pentagon's Lt. Gen. William Mayville Jr. said U.S. airstrikes have temporarily slowed the Islamic State militants in northern Iraq. But, he cautioned, he did not want to suggest that "we have effectively contained" the extremist group.

CNN reporter Ivan Watson witnessed the threat firsthand from an Iraqi air force helicopter that was delivering humanitarian aid to people stranded on Mount Sinjar. He described the scene to CNN's Wolf Blitzer in a video with footage of the mission (he also tweeted photos and more details).

The helicopter, carrying diapers, condensed milk, food and water, first flew over an area with militants who have been trying to shoot at aircraft.

As the helicopter touched down on Mount Sinjar — in an "explosion of dust and chaos," as Watson put it — people clamored to pull themselves aboard.

"These desperate civilians came racing toward the helicopter, throwing their children onboard the aircraft," Watson told CNN's Wolf Blitzer. "The crew was just trying to pull up as many people as possible. A little baby — a redheaded baby — ended up in my hands. It was chaotic; it was crazy. But we were able to then lift off with about 20 civilians."

Watson described the people who had been picked up as "terrified and traumatized." They told him they had fled their homes and had been without food and water for days.

"The crowd onboard the helicopter burst into tears, as did some of the [Kurdish] peshmerga fighters who were onboard there trying to help them," he said. "Just the relief was palpable."

The next challenge was a half-hour ride back across the area with militant extremists.

This was one of several flights throughout the day, Watson reported.

U.S. Central Command has released its own footage of a humanitarian airdrop on Saturday in Sinjar: Large packages of food and water slide out of cargo aircraft, as their parachutes open up.