Accessibility links
Barneys Agrees To Settlement Over Racial Profiling Allegations : The Two-Way The retailer will pay a fine of $525,000 in connection to charges that its flagship store in New York was disproportionately suspecting black and Hispanics of credit card fraud and shoplifting. 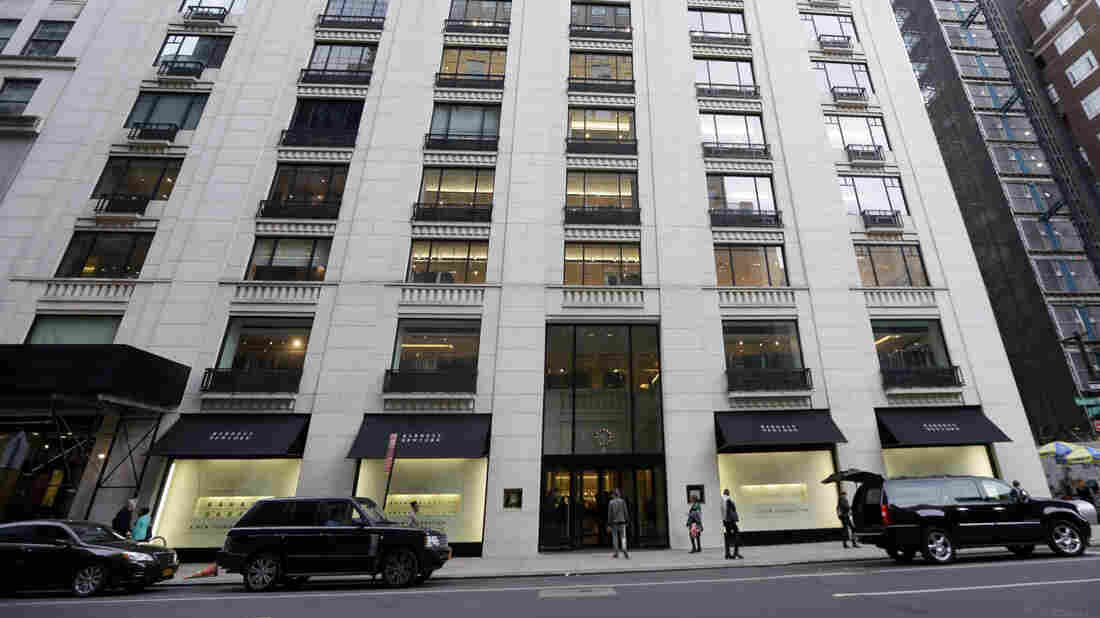 Barneys has agreed to a settlement, including a $525,000 fine, over charges of racial profiling at its New York department store. Frank Franklin II/AP hide caption 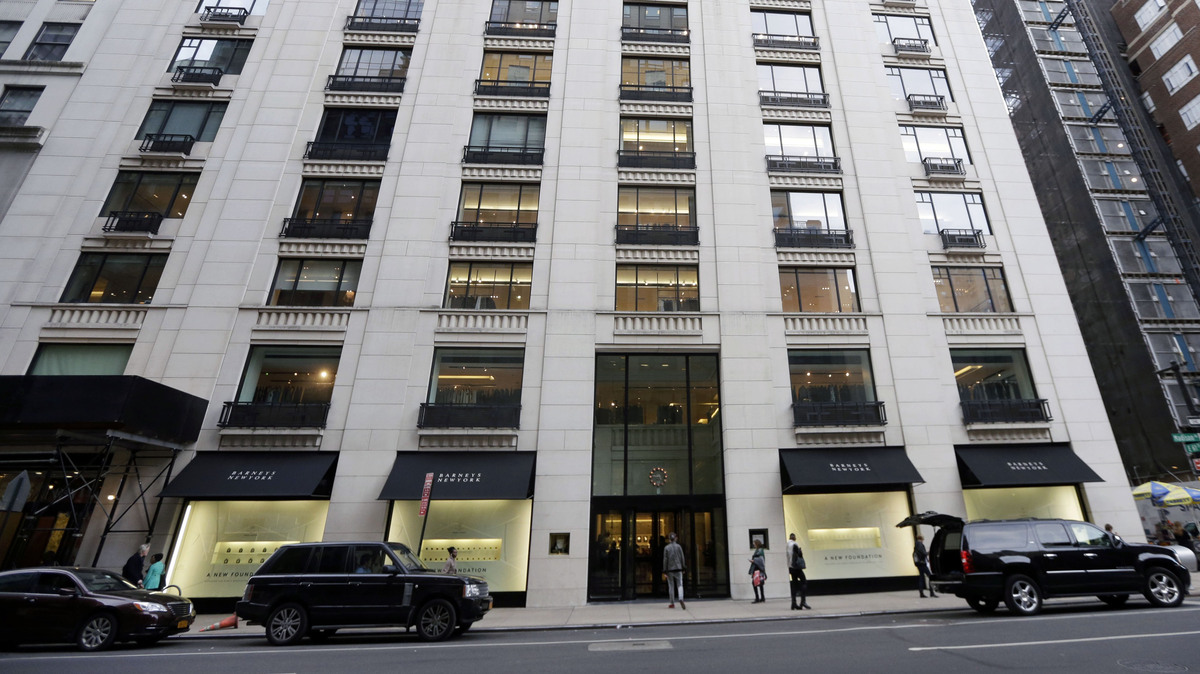 Barneys has agreed to a settlement, including a $525,000 fine, over charges of racial profiling at its New York department store.

The upscale retailer Barneys has agreed to a settlement over charges of racial profiling at its flagship store in New York.

"Barney's will also have to hire an independent anti-profiling consultant," Sanders reports, "and the retailer will have to implement new record-keeping measures to spot profiling and keep track of interactions with local law enforcement."

The nine-month investigation began after two black customers said they were falsely accused of credit card fraud after shopping at Barneys last year.

The New York Daily News has more on the state's review (which followed articles by the paper on complaints of profiling at Barneys and Macy's):

"State Attorney General Eric Schneiderman's investigators heard from customers and former employees that a pattern of racial profiling began last year when the high-end store tried to crack down on a dramatic spike in shoplifting and credit card fraud.

"Complainants told Schneiderman's civil rights division that the store's security team — known as the 'loss prevention unit' — made a habit of keeping watch over black and Hispanic shoppers in disproportionate numbers."

Schneiderman said the agreement will "correct a number of wrongs," according the Daily News, "both by fixing past policies and by monitoring the actions of Barneys and its employees to make sure that past mistakes are not repeated."

In a statement, Barneys New York said it was "a truly progressive company that has absolutely no tolerance for discrimination of any kind."